The 382nd film I have seen in theaters…

My sweet lord. This is the type of movie that reminds me why I see movies. Top 5 material. As always, the images are the property of Columbia Pictures/Sony/ any other companies involved in this. I make no money off this. hehe

This is based, loosely, on the late 70’s ABSCAM investigation. The FBI created an entrapment scheme for Politicians to accept bribes and go after organized crime. Christian Bale and Amy Adams play Irving and Edith, 2 con artists that are forced by FBI man DiMaso (Bradley Cooper) to perform a scam involving a fictitious rich Arab. As DiMaso’s desire to make his mark gets stronger, they find themselves getting drawn deeper and deeper into a web of lies and even potential death as prominent Mobsters are lured in by the “honey pot”. Let me interject here with an admission- Amy Adams is adorable, so hot. 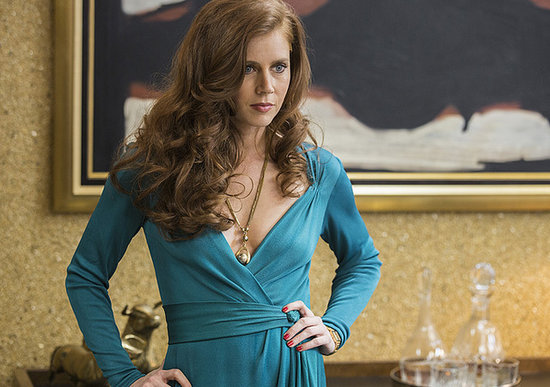 Anyways, the plot comes to a head when the FBI lures several high ranking politicians into the web, catch them on tape taking bribes, making it clear that once this goes public, the scammers are as good as dead thanks to screwing over the Mob. Irving now tries to find a way for he and Edith to escape not only prosecution, but also getting whacked.

This is the ensemble cast to end all ensemble casts. All are great on their own, but when combined they become magical.

Christian Bale performs another transformation into Irving Weinberg, the Con man of all con men. Such a damn great performance. He vanishes into his roles like few other. Irving KNOWS how screwed he is, he just wants to get out of danger and live to see tomorrow. A survivor. Bale brings a terrific energy to this. Thanks to him, I am now familiar with how hairpieces work.

Bradley Cooper is Agent DiMaso, and what a miserable bastard he is! Coke snorting, out of control and a wonder to watch. As the scam gets more involved he loses all control, intoxicated by the risk. Cooper does not get much of the pathos in this film, but he works with what he gets, and nails it. His scenes with Louis C.K. were a standout. 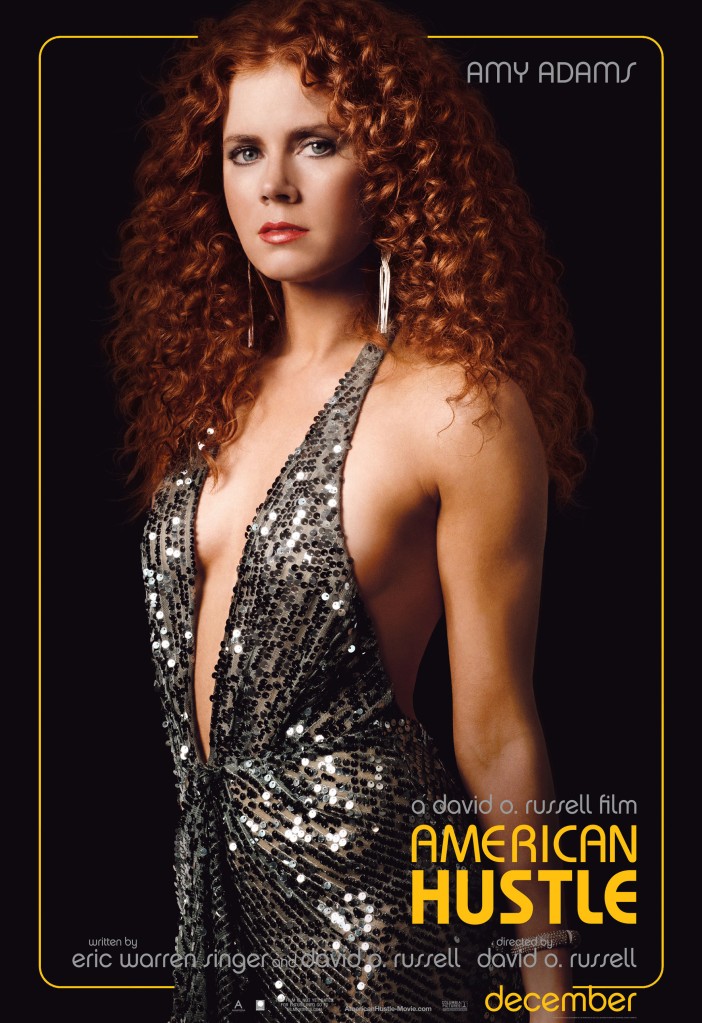 This is an actress that has paid her dues and is reaping the rewards of years of dedication. Edith is a woman who has no reality. She does not know who she is, or who she wants to be, as long as it is somebody different. Somebody better. She’s got a good shot at Supporting Actress for this.

Jeremy Renner. What range this actor is displaying lately. Here he plays the Mayor of Camden, NJ. Not a bad man, or corrupt, just a realist who wants to do right by his people. The FBI dangles the perfect bait in front of him and this good man gets suckered in. The tragedy of this story.

Jennifer Lawrence probably won’t win an Oscar for this, but she’s got a shot! It is rather shocking how good she is, at such a young age. This was the performance of a very seasoned actress, not a youngster. I really think the best is yet to come from her. The next Meryl Streep.

Special shout out to Robert DeNiro who appears in an uncredited cameo.

GO SEE THIS. David O Russell has another major hit on his hands. It is just SO good. The writing was spot on, great dialogue, and an interesting story. The cinematography was energetic, and the music cues perfect, but its the cast that makes this amazing. I am making my best/worst list in 3 days. This is rocketing very high on that list. Come Oscar Sunday, this movie will likely shine.