Comic books are one of the great loves of my life, and I hope that all of you enjoy this weekly jaunt into this amazing world. As with my movie reviews, this is not comprehensive. I cannot afford to read every comic, nor will I illegally download them, I respect the medium too much for that, but I don’t judge any who do. Every week there will be a “pick of the week”, what I feel is the essential comic of my purchases.At the end of the year, I will review my picks and choose a top 5 comics of the year.

I use cover images in my reviews. These images are from various comic companies, such as Marvel, DC, and Image in today’s case. They own this stuff. I do this for fun, not money.Enjoy. 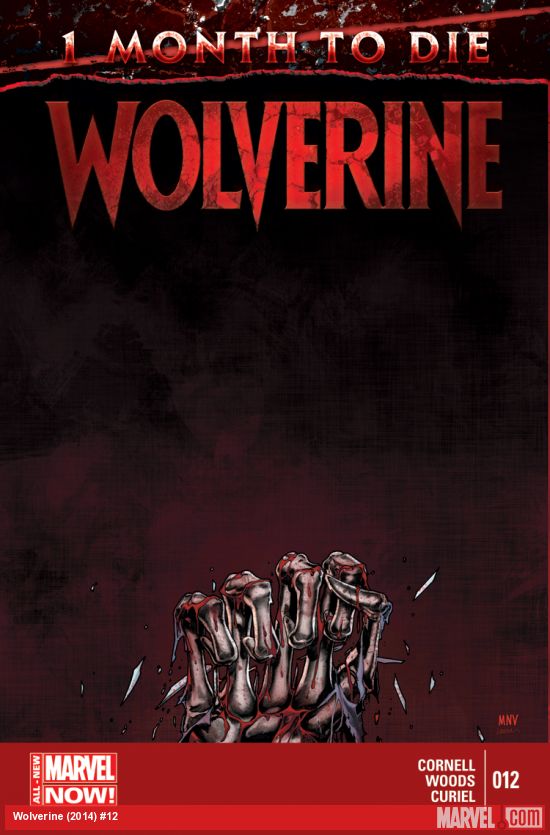 The final issue of Wolverine volume 37…

Wolverine faces off against Sabretooth, he wins and Sabretooth gets arrested. Wolverine completes his journey of friendship and finding himself… this whole series was designed to lead into the Death of Wolverine series and nothing else. 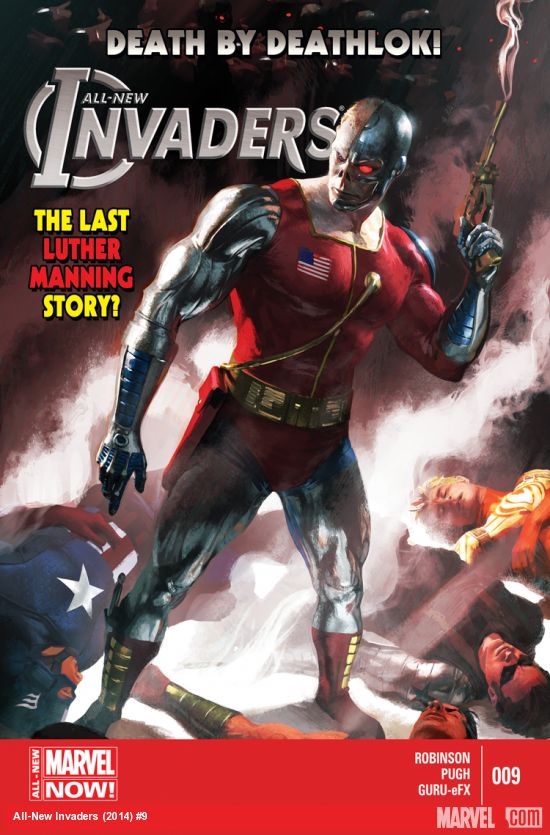 The Invaders face off against Deathlok, all of them lol. Some maniac has collected all the Deathloks. This allure of this title is wearing off on me. 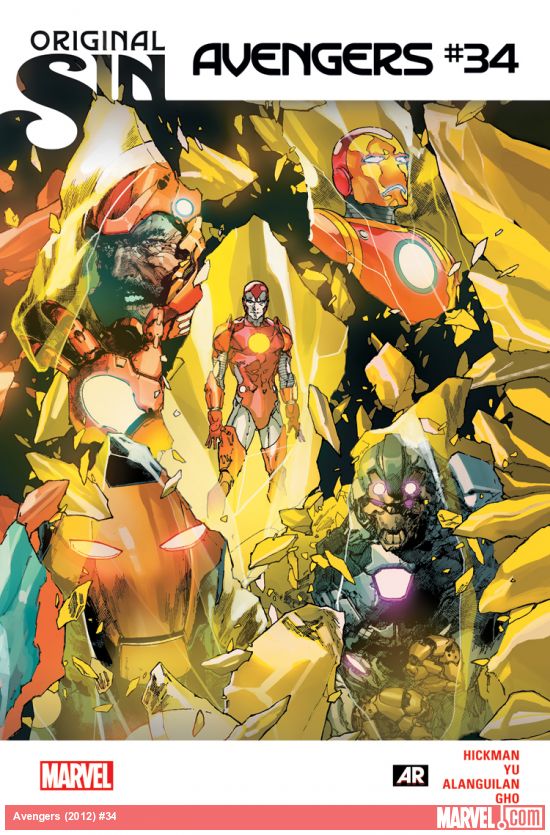 Captain America faces off against Future Iron Man/Kang/blah and travels back to the present to wrangle the Avengers to take out the Illuminati. I am not sure what I was expecting for a conclusion, but this was a little off. Its all just a lead in to the event this fall I think. Nothing more. The payoff better be worth it lol. 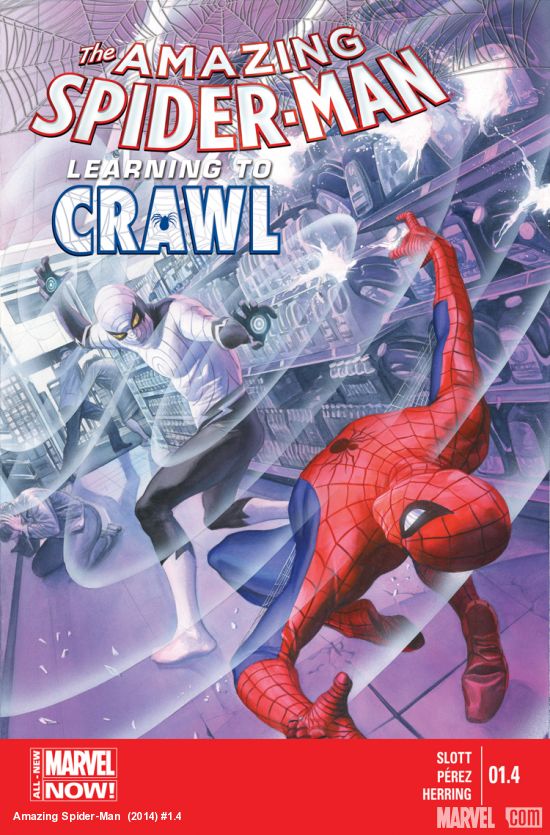 Please. End. Covers are great. Art is interesting. Story is okay. We don’t need another retelling of this. 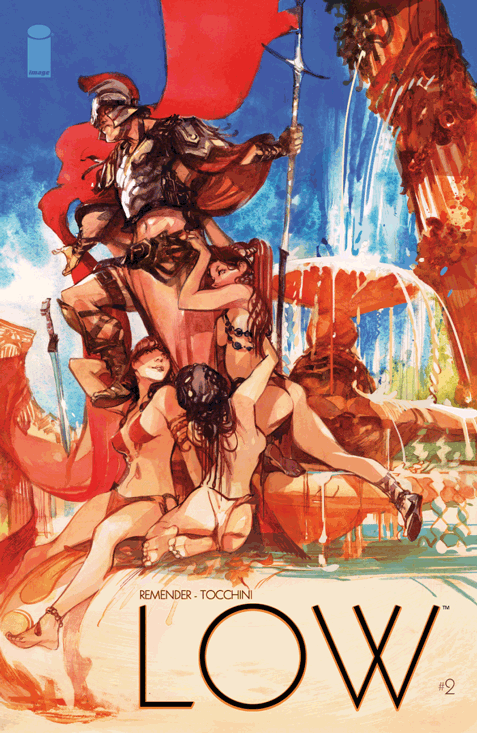 The story jumps forward several years. The father died in the pirate attack. The surviving son is a dirty cop, who bangs a futuristic hooker and accidentally shoots her in the head. He is now arrested for murder. His mother also receives word that a probe has arrived, a habitable world has been found, and humanity can leave the scorched future earth. I am looking forward to issue 3. 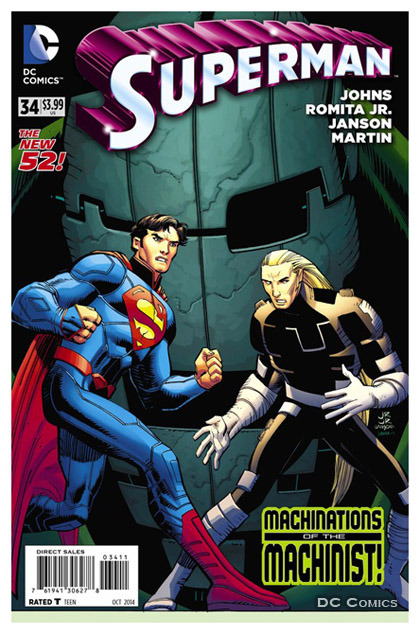 Superman and Ulysses face off against the machinist. Ulysses also gets to know his parents and we learn more of his back story. This is the “banner” superman title right now, and its great to see Geoff Johns writing some great stuff. 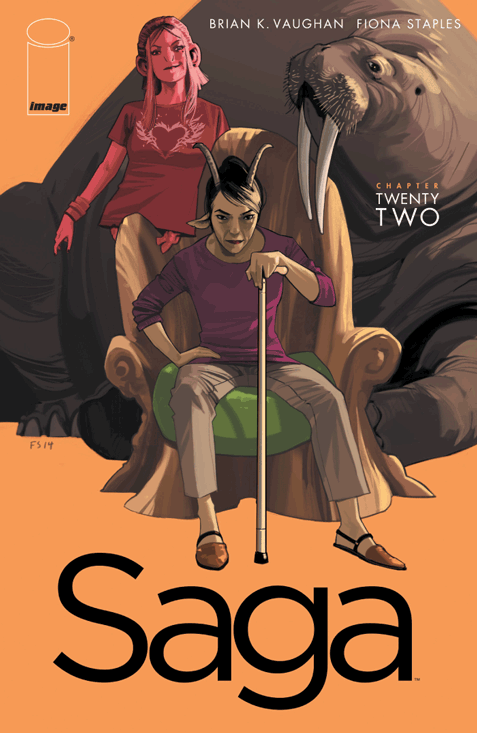 Prince Robot IV meets the amazingly huge headed King Robot as Alana and Marco have a massive fight. he discovers that she is on drugs, and has been high in front of the kid. She also discovers that he has become closer to the neighbor. Terrific as always. This comic is tough to beat. If Saga is ever not the top pick, that is a grand comic indeed.