Movies have always been a big deal to me; which I am sure you have realized since you have discovered this blog. There is just something about sitting in that theater and watching the screen flicker to life. It inspires me like nothing else. Many years ago now, I decided that it was time to go back and list how many movies I have seen in a theater. That list has been translated to a blog. This page is the first section of that list.

Update: As a part of my “Old School Review” series, I am creating reviews for all of these older films. Look for the (Review) link to see my modern thoughts on these movies.

The 1st film I have seen in theaters…

Really?! We are going back THIS FAR?! Yes, we are! I was 8 years old in August of 1987 and this was the first movie I saw in a theater. I applaud my parents for being respectful of other moviegoers, and waiting until I was 8, and my brother 6, before unleashing us in a movie theater. I was a little shit and they knew it.

1: Masters of the Universe – My brother and I were MASSIVE He-Man fans back in the 80’s. This movie is odd in how well, and how badly, it has aged. Despite it’s bizarre take on He-Man, and setting it in the USA, I loved it. It was my first, and you never forget your first. It is the only movie I saw in the theater for 1987, and is therefore the Best and Worst of the year. (Review)

Yes, After being exposed to cinema, it was nearly 2 years until we went again. Now, we had a large VHS library and cable TV, so I did not suffer. In fact, I would say that my film exposure was FAR beyond what other kids got to see. This was the time I first saw Friday the 13th, Nightmare on Elm Street, Godfather, Caddyshack, and so many other R rated films. I am not sure why my parents took off the filter, but It definitely broadened my horizons. This did not translate into cinema outings as my theater experience would remain kid friendly for a while.

2: Honey I Shrunk the Kids – I remember enjoying it. It was a cute movie. (Review)

3: Peter Pan – My mother dragged us to this one, a re-release of the Disney cartoon. A good movie, a classic even, but even today I would watch any of the other Disney flicks before reaching for this. (Review)

Glaring omission: My parents did not take me to see THE MOVIE OF THE DECADE- Batman. I have no idea why. I saw it on VHS Christmas day 1989. It was the best movie of the year. (Review) 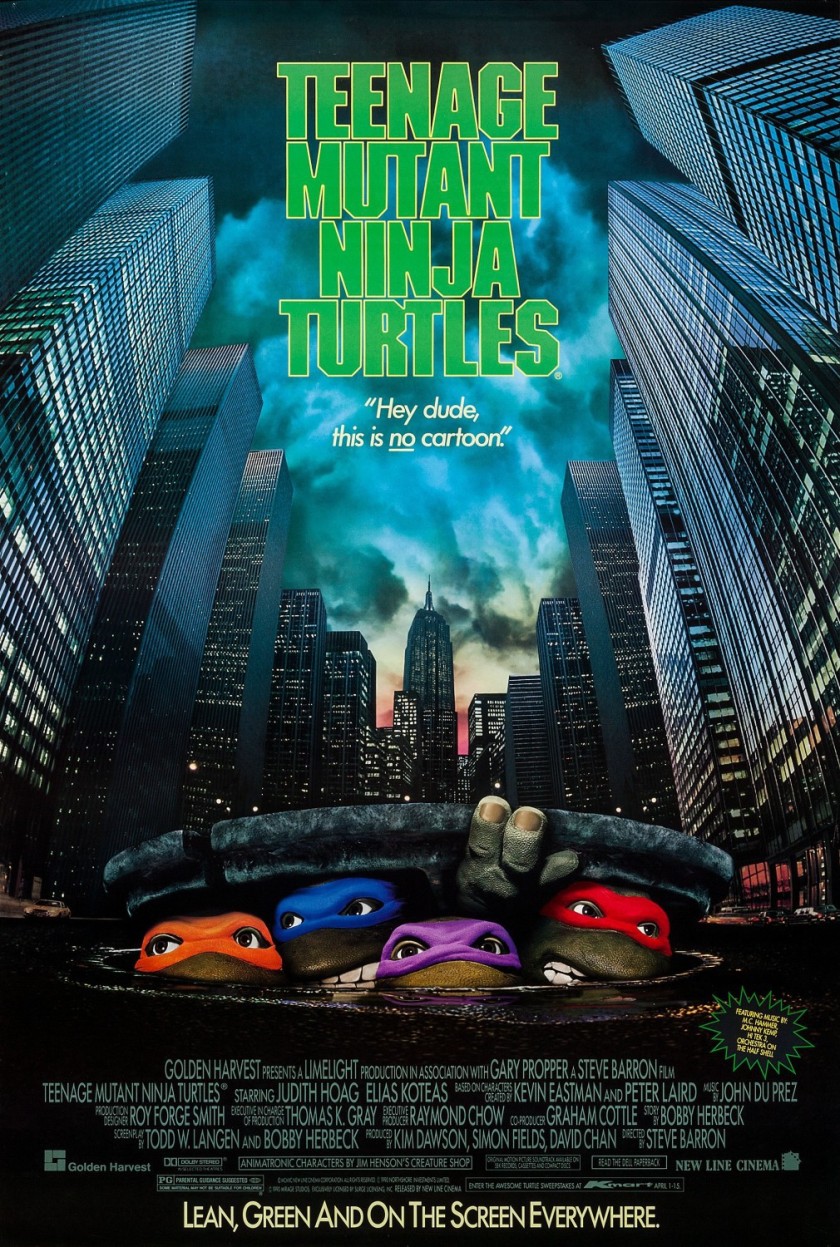 4: Teenage Mutant Ninja Turtles – A defining movie for kids my age. In 1990, if you were 10, there was nothing on Earth cooler than the Ninja Turtles. (Review) 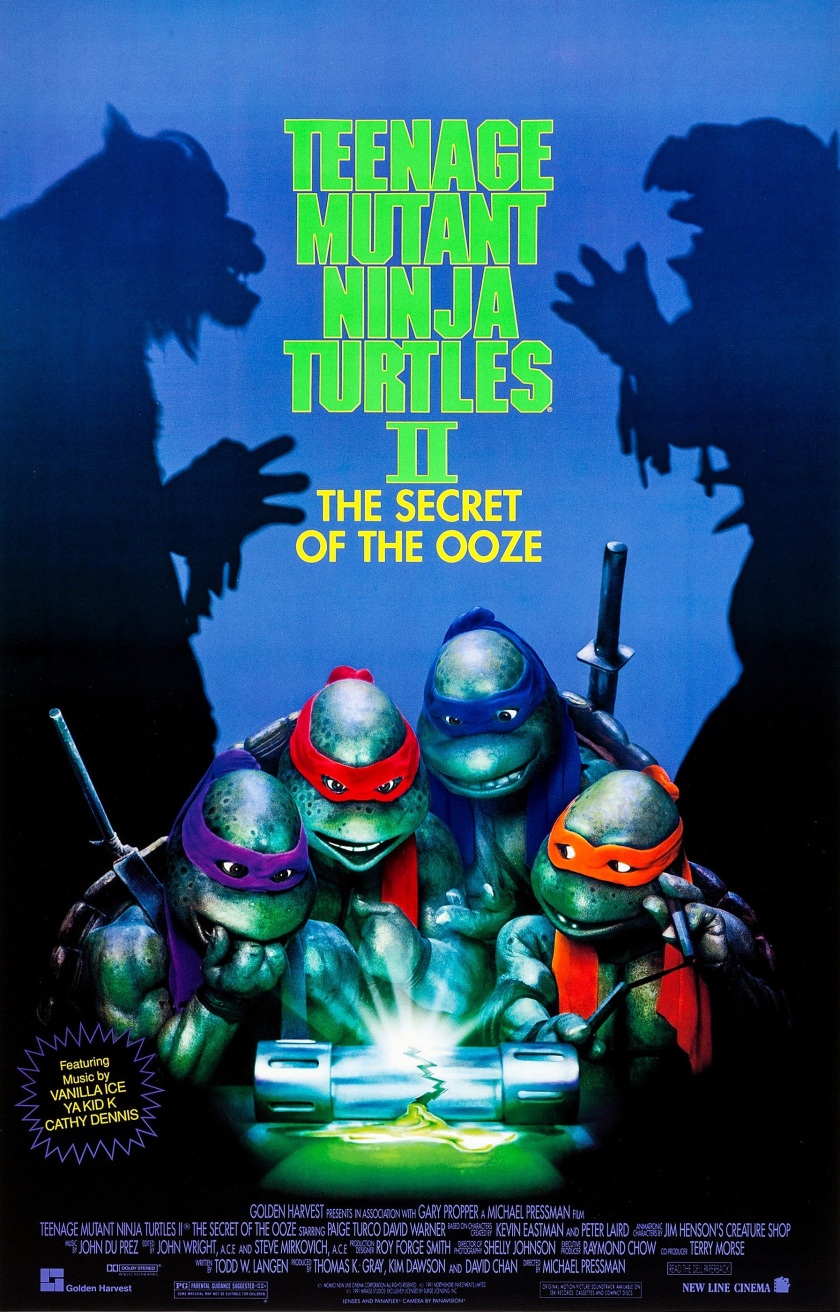 5: Teenage Mutant Ninja Turtles II – Secret of the Ooze: NINJA, NINJA, RAP! This has not aged as well as the first film, mostly because it sucks balls. Tokka and Rahzar were hilariously stupid substitutes for Bebop and Rocksteady. Every kid sang that Vanilla Ice song, though. A time capsule. (Review)

6: Star Trek VI: The Undiscovered Country – This one was powerful! The last film of the original Star Trek Crew! The trailer shocked me, in that  the story could ever end. here it is, still gives me the weeps. (Review)

7: Hook – Bangarang! Rufio! Bizzare movie, but I have a soft spot for Mr Smee. Williams was a good choice for Pan. (Review) 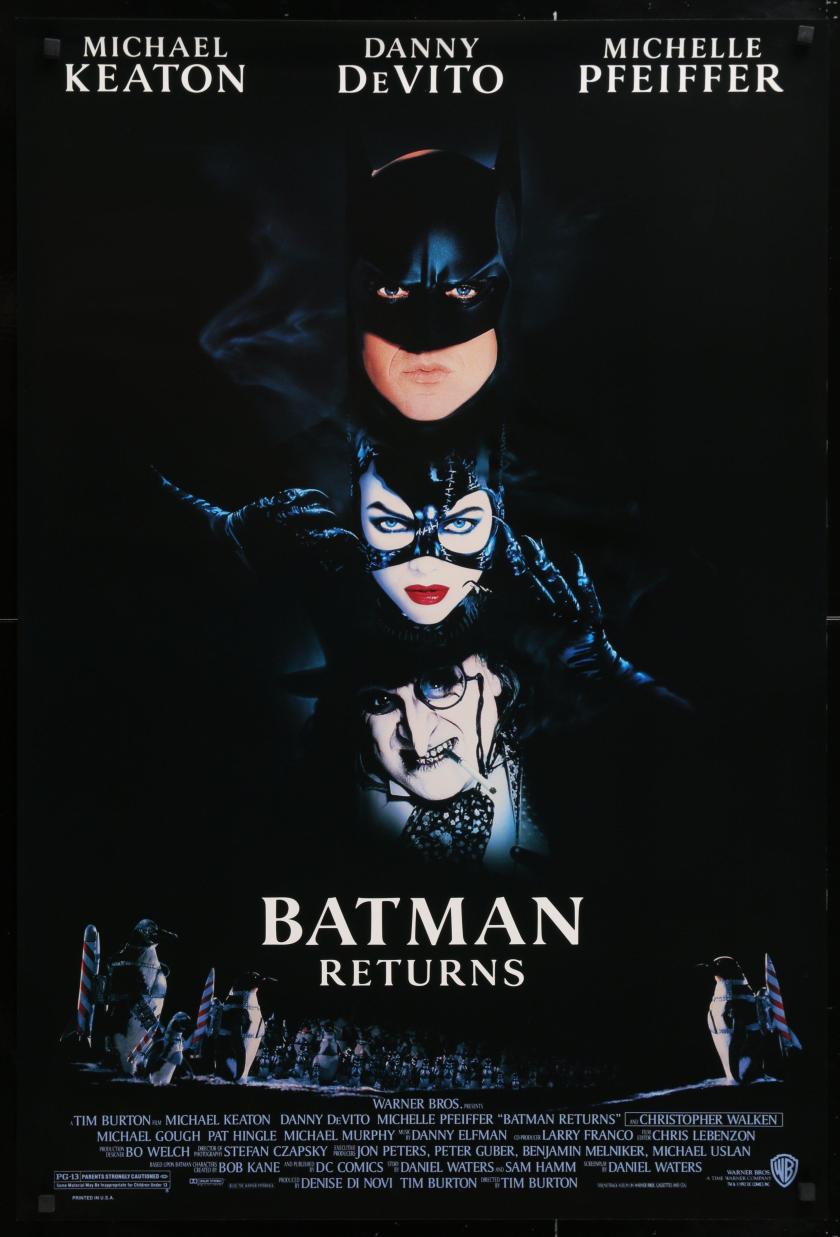 8: Batman Returns – The first film was a true event picture, but this one was my favorite of the original series. Keaton was great, and had the best batsuit of the series. Michelle Pfeiffer was sexy as hell for a 13 year old boy, too sexy even! Danny DeVito was born to play Penguin. Christopher Walken is always welcome. A Classic. (Review)

9: Home Alone 2 – It has charm, and I certainly laughed, but even I knew this was more of the same by this point. Yes, I was starting to develop TASTE. (Review)

This was the year I turned 14, started High School, watched X-Files, dated my first girlfriend, and began to grow up. My comic collecting began in earnest this year, once Superman kicked the bucket and Bane broke the Bat. This was a big year for me.

10: Jurassic Park – Blew my goddamned mind! This was probably my “Star Wars” moment in cinema, meaning that this was something I had never seen before; A similar experience to audiences seeing Star Wars in 1977. Those Dinosaurs were astounding. Still one of Spielberg’s top 5. (Review)

11: Son of the Pink Panther – This starred one of my new discoveries- Roberto Benigni. I first saw him in a rented picture called “Johnny Stecchino”, and I was hooked. He plays the son of Inspector Clouseau. It is notable as the last entry in the original series. I am happy to have seen this, the last, theaters. Love these movies, particularly Herbert Lom. (Review)

13: Major League II – We enjoyed it, a lot, but it had none of the teeth of the original. The inclusion of JOBU made the movie though. (Review)

14: The Flinstones – Yuck. Dead on Arrival. John Goodman was made for this role though. (Review) 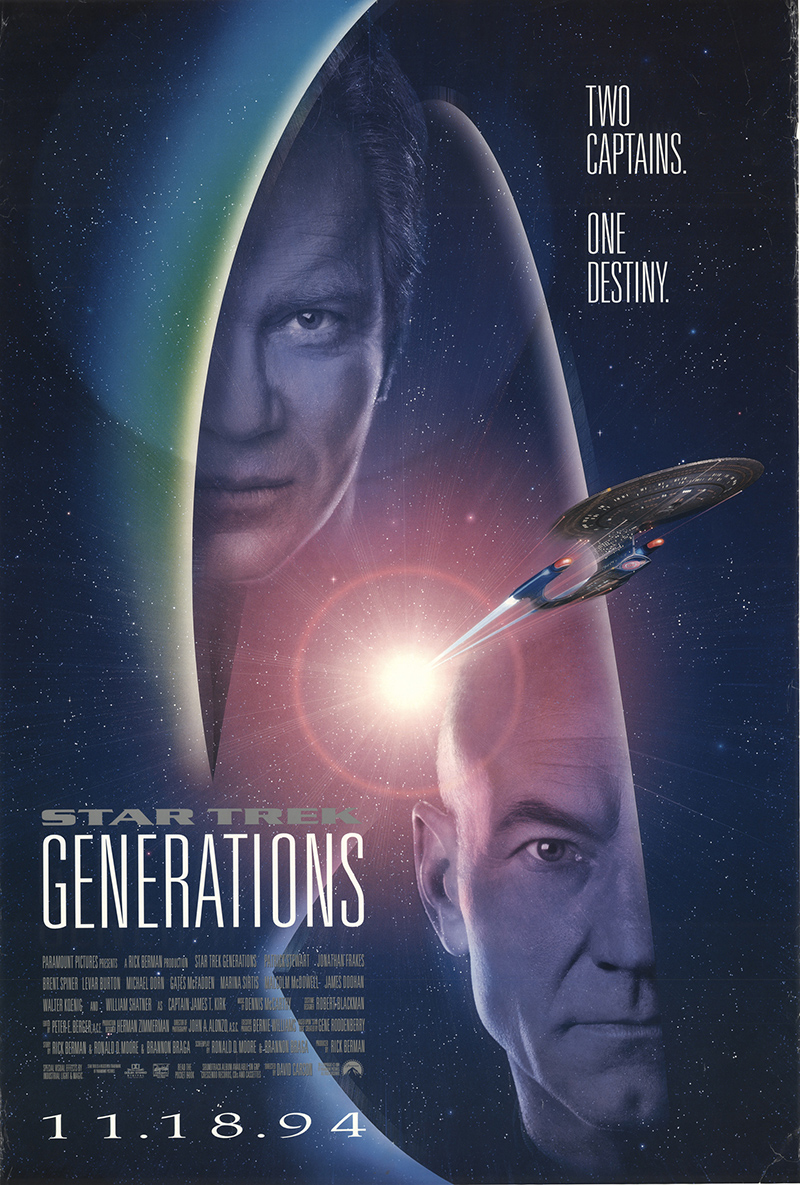 15: Star Trek Generations – The first film of the Next Generation, but also the Death of Captain Kirk! My first memory on this earth is pressing my nose against the TV as Captain Kirk fought the Gorn. Watching him die was traumatic. First time I cried in a movie theater. (Review)

16: Batman Forever – This was a huge movie at the time which has taken a bit of a hit following the B&R fiasco. Jim Carrey was at the top of his game, and the insane style was somewhat fresh. (Review)

This is an interesting year. I turned 17, lost my father, got my first job, and procured my driver’s license. I wonder what will happen when Superponte has wheels and money?

19: Black Sheep – Chris Farley and David Spade for the last time. It is a shame that these two couldn’t be making movies today. (Review)

20: Broken Arrow – I remember my pal Chad and I having a hell of a time getting into this one. It was rated R. I was 16 and he was 17. They would not let me in! We traveled to another theater and walked in- no problem. Cannot remember one detail of the movie though, lol. Honestly! I think there was a missile in it? (Review)

21: Executive Decision – My friend was insistent that we see the new Steven Segal movie. I was never a huge fan, so imagine my surprise when he dies 15 or so minutes into the movie! Kurt Russell, who I really liked, takes over. He was pissed. I was elated. (Review) 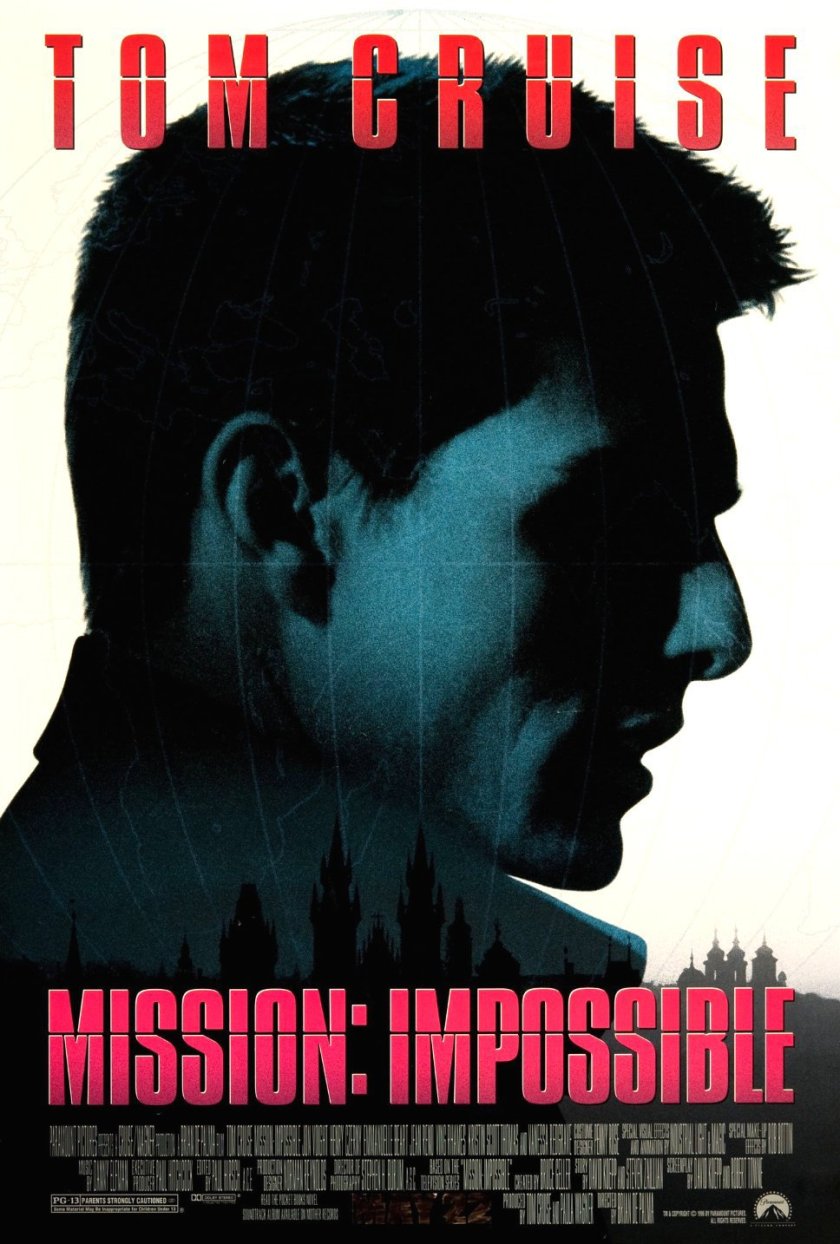 25: Independence Day – I have not seen this in years, my wife despises it, but I enjoyed it on release. It was my birthday present. It is the quintessential 90’s movie. Huge, nonsensical, full of explosions. (Review)

26: The Frighteners – I don’t recall what brought me in to see this, but it was pretty good. Directed by LOTR Peter Jackson! (Review) 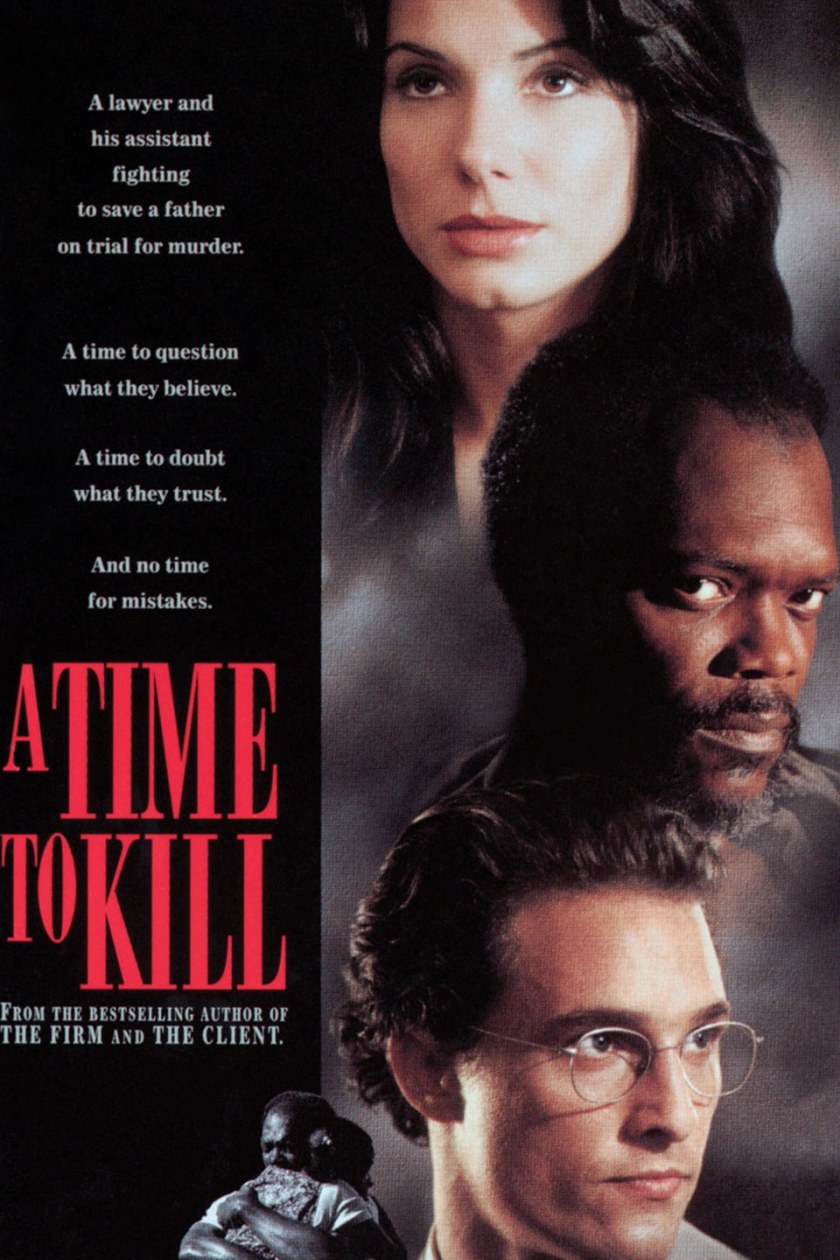 27: A Time to Kill – I remember the movie running long and we had to leave early. I did not see the ending until years later. Fantastic performances by all, especially Spacey. This is where I first became aware of him… unfortunately lol.

29: Joe’s Apartment – Not a good movie, but I remember it being the first MTV movie, which was a big deal in the day for a teenager. MTV still meant something. 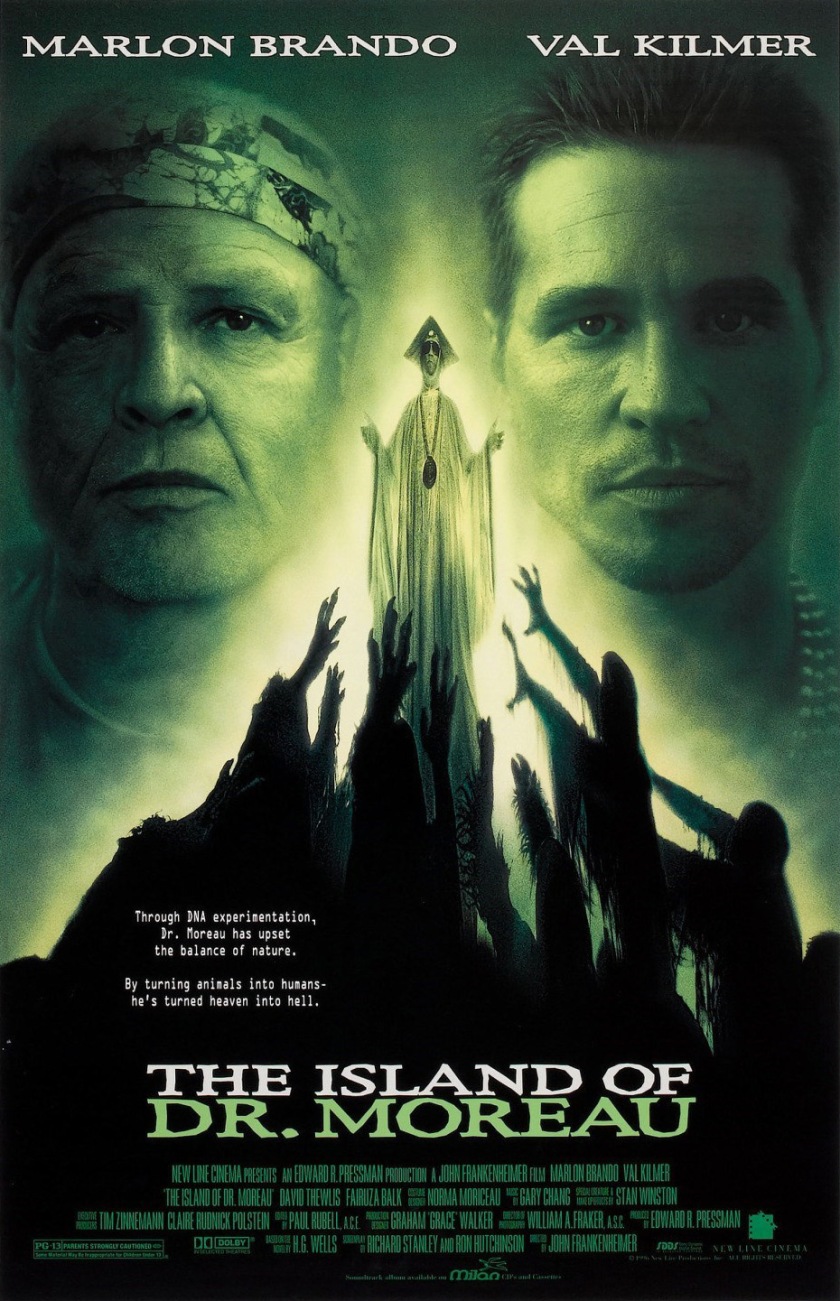 30: Island of Dr Moreau – Yikes! So bad. I can still remember sitting in the theater, freaked out by that mutant thing so expertly lampooned by South Park a year later. Terrible. The making of this movie is better than the movie.

31: Star Trek: First Contact – An amazing movie, to this day. The best of the TNG cast. I will never forget seeing this one. 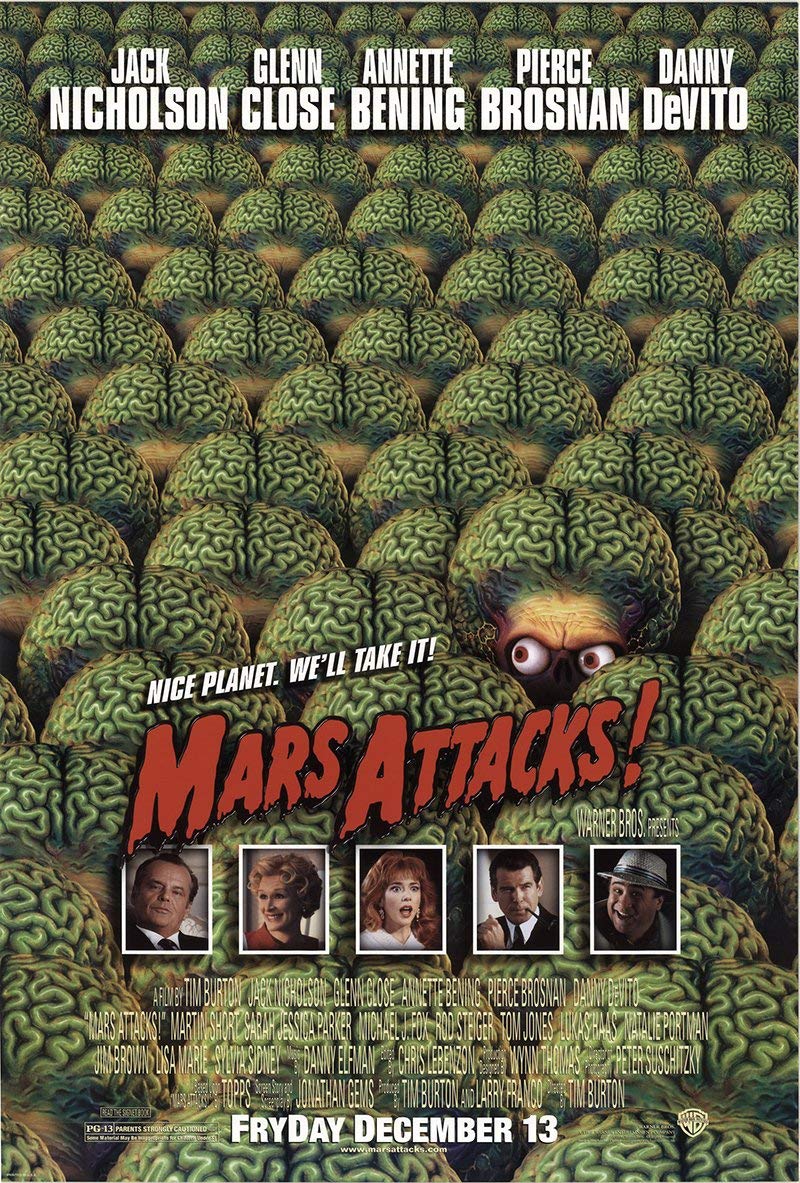 32: Mars Attacks – I still love this one. It was just so insane. It’s hard to believe it got made.

33: Scream – This is the one that defined our generation’s teen years. SCREAM! It literally saved and restarted the horror genre It inspired many filmmakers to do the self-aware horror movie and elevated Kevin Williamson to Kevin Smith levels: high praise in 1996.

Well. Holy Crap 1996. Who could have guessed that Money+Car = MOVIES!

Lets recap total movies seen in this, my first full decade of movies.

That’s right. 45% of my total Cinema attendance, to this point, was in ’96. Insane. Now that we have a larger body to work with, we can really delve into Best/Worst of each year.

Broken Arrow: I can’t even remember the damn thing, not one detail of the plot aside from Tavolta’s death. Worst by default. At least Island of Dr Moreau stayed with you. This is literally a void in my memory.

Scream: This was the defining film for me. It was one of those movies that hit at just the right time (senior in high school). Looking back, it also captures a time, and place, in my life. The clothes and hairstyles were of my generation’s high school days. A true touchstone. It also rekindled and strengthened my love of horror films.

Part One is done!  The adventure continues as we finish off the decade in our next segment: 1997-1999.