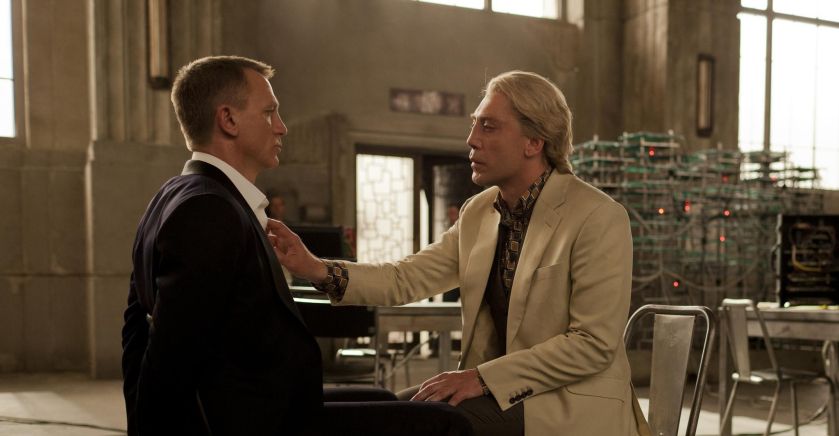 The end of the earth, according to those who don’t understand the Mayan calendar!! Some amazing movies came out this year, probably due to end of the world predictions!

341: John Carter – The venom and hate spewed at this film astounds me. I have read the books by Burrows, and I thought the film was ok. The action was good, actors did a fair job, and it was a decent, if flawed, adaptation of the original work. I walked out happy to have spent a couple hours in Barsoom!

342: The Phantom Menace 3D – What a money grab this was. With all the time and effort supposedly devoted to the transfer of this film into 3D, I was hoping for a bit more. Unfortunately, it suffers the same fate as all the post-conversion 3D films- blurred action, tough to see darker scenes. Luckily I like the film, which is why it did not score lower. 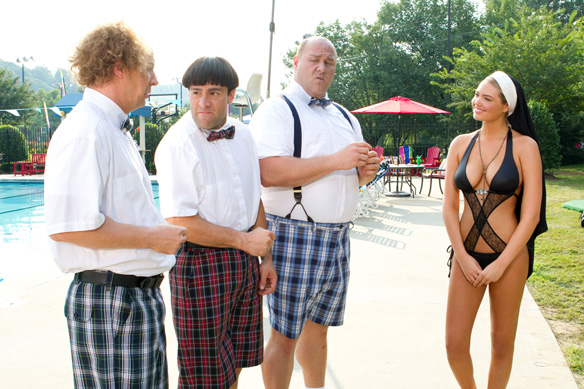 343: The Three Stooges – I enjoyed this return to the world of the stooges. The cast was excellent, the humor in tune with the originals. The Farrelly brothers did a great job with this. Plus it had Kate Upton in it. Lets refocus here. Kate Upton…. (Review)

344: The Dictator – Sacha Baron Cohen strikes again! This time as an Anti-Semitic dictator of a fictitious African nation. Great humor, but without the edge of Borat or Bruno. I appreciate Cohen moving away from “mockumentary” style filmmaking, but he needs a little more polish.

345: The Amazing Spider-Man – I really like this movie, but did not love it. In many ways it was a truer representation of the comic book version of Peter Parker and Spider-Man. In other ways it was a huge diversion from the comic, particularly in the origin aspect of it all. One thing that must be acknowledged is that Andrew Garfield is a far superior Peter. Emma Stone brought a lot more to the plate than Kirsten Dunst. This film just needed to bring a little more into the story than was present. I understand what they were trying to do, and they largely succeeded, I suspect the sequel will bring it all together.

346: Expendables 2 – A joy ride of a film. Packed with muscles, guns, and more inside jokes than you would believe is possible. We saw Stallone, Willis, Schwarzenegger, and Chuck Norris tear the screen up with their awesomeness. A good time at the movies. Far superior to the first. 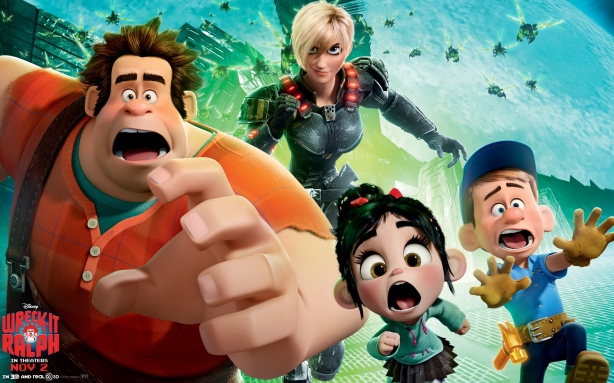 347: Wreck it Ralph – This was a fun movie about the “secret world” inside arcade games. The voice acting was good, and the animation up to the Disney standard. The humor was there, and morals were plentiful for the kiddies. A decent Disney film that could have used a few more “Arcade game worlds” to suit my tastes. 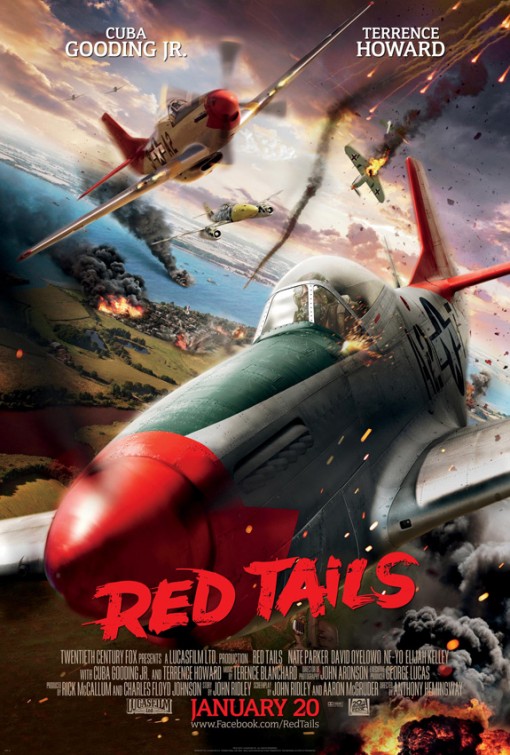 348: Red Tails – George Lucas has been making this movie for over 20 years. On paper, it is everything he has been wanting to bring to the screen since the 70’s. The Star Wars space battles were based on WW2 dog fights. This film is about WORLD WAR 2 DOG FIGHTS. What the hell happened?! The dialogue was not particularly good. The editing bizarre at times. The special effects were quite good- great even, but they don’t guarantee a good film. This film had some great actors who were utterly wasted. When the TV version of the Tuskegee Airmen is superior to the multi million dollar extravaganza, its time to hang it up.  I suspect this had a lot to do with Lucas’ decision to sell Lucasfilm.

350: Dredd –  Now THIS is more like it. THIS is Judge Dredd. True to the comic, through and through. We never, NOT ONCE, see Judge Dredd without his helmet. Judge Anderson is present, without a Rob Schneider in sight. The abomination that is the Stallone Dredd is forever wiped away. This film, besides being watchable and well written, was also one of the best shot films of the year. It definitely featured the best use of 3D I have seen since the realD explosion.

351: The Hobbit: An Unexpected Journey –  I loved my return to Middle Earth. ‘nuff said. (Review)

352: Hunger Games – I covered this pretty thoroughly In a previous post. In short- It is the anti-Twilight. A film about a STRONG young woman, who finds the strength within herself to survive…despite any odds. This was a really great movie. (Review) 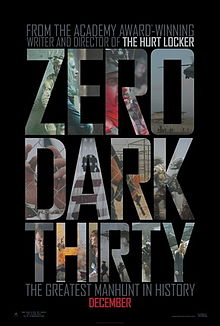 354: The Dark Knight Rises – Equal to The Dark Knight in every way save the performance of Heath Ledger. It was a good “Final Story” for Batman. I watched this at its premiere in one of the theaters that was screening the trilogy. Seeing them all, in a row, really drives home the link these films share. They work together thematically. It is a complete story by one of the better Director working today. 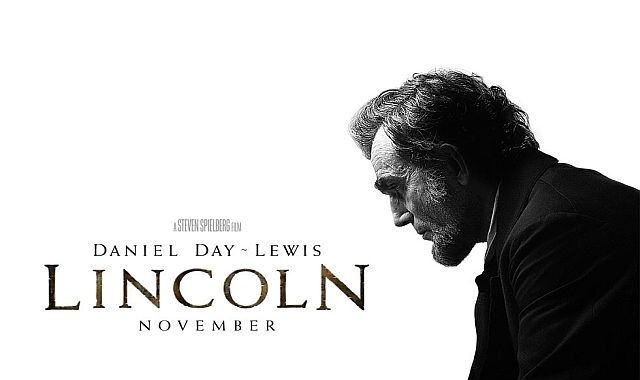 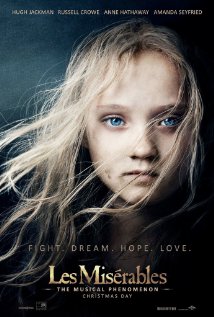 356: Les Miserables – Fantastic adaptation of the musical. Memorable as all hell. 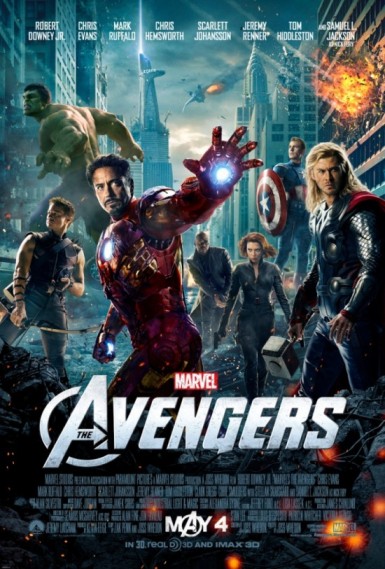 357: The Avengers – There are no words that can express the joy of seeing an unapologetic COMIC BOOK MOVIE on the big screen. This IS the Avengers. It hit all the right notes. It was what comic book fans have been dreaming for decades. One review stated that it was as if Joss Whedon traveled back in time and filmed my imagination when I was 9. A real achievement. 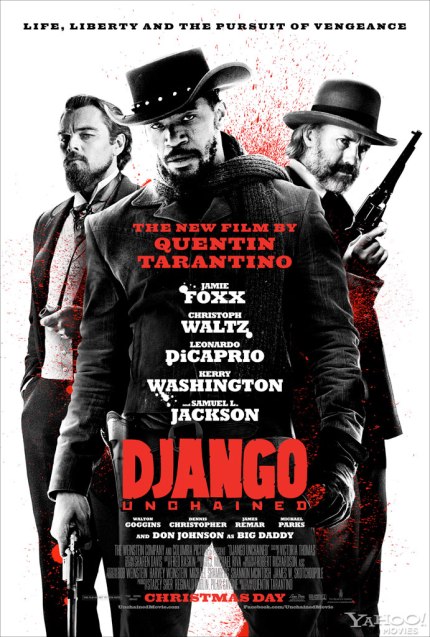 358: Django Unchained – I just wrote up a glowing review of this one, just scroll down the page! Seriously, it is one of Tarantino’s best. He is a master at the height of his powers. 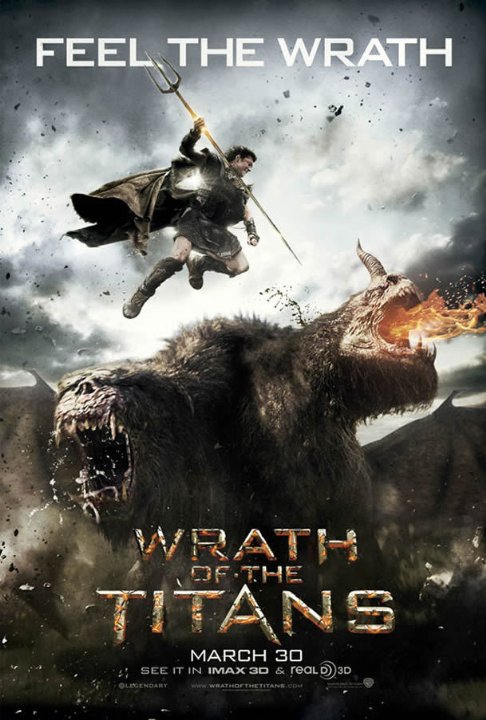 349: Wrath of the Titans – Holy Hell. I was one of the 7 people that enjoyed the first movie in this series. I eagerly anticipated a return to the world of Greek Mythology, especially for an original tale! What followed was horror. Hades became a good guy, ALL the gods died. Poseidon, played by the great Danny Huston, dies right off the bat like a chump- giving this actor nothing to do…again. It was all a jumbled terrific mess of a movie. I have rarely been so let down. Lets interject here with an examination of one actor- Liam Neeson. What happened man?! Titans, the Grey, Taken 2 and Battleship. Why hast thou forsaken us!? Aslan needs to reassess. 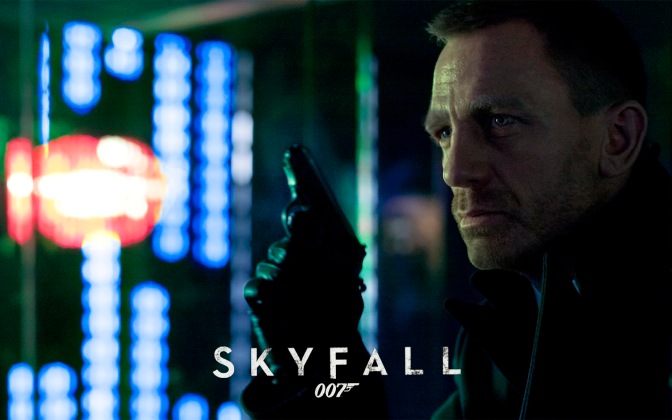 359: Skyfall – This is it baby. This is possibly the best Bond Film ever made.
It featured a unique story for the series, which i thought really gave the actors a chance to shine, as well as create some gripping adventure. I feel this completes a trilogy of sorts with the previous 2. It finishes the origin story of James Bond which began in Casino Royale. At the start of the film, Bond is finally over the death of Vesper and is finding himself. This is the final construction of “Casino-Bond” into 007, as we knew him.

Craig has hit his stride. Like Connery and Moore before him, his 3rd entry was his best Bond yet. I am so happy they signed him for 2 more. Craig is knocking on Sean Connery’s door as the best actor to play 007.

Javier Bardem, one of my favorite actors, plays a memorable villain. My wife Tatum was creeped out by him, which was a sign that he nailed a perfect performance. Ralph Fiennes, one of her favorite actors has a great part as a government oversight guy. She and I are split on the new Q, I liked him, she thought he was a dick (which is probably why I liked him). Bond Girl Eve was underutilized until the finale of the film, and Judi Dench gives her best performance as M.

The Opening credits were fantastic, and take on greater significance once we know the story. This was, in many ways, a return to classic bond. The Bond theme song is front and center in several scenes, as opposed to being an after-credits thing.

Roger Deakins proves why he is one of the best Cinematographers alive with his stunning visuals.

If you love Bond, see this movie. It is easily the best acted of any of them, top 3 for the series, and my favorite film of 2012.