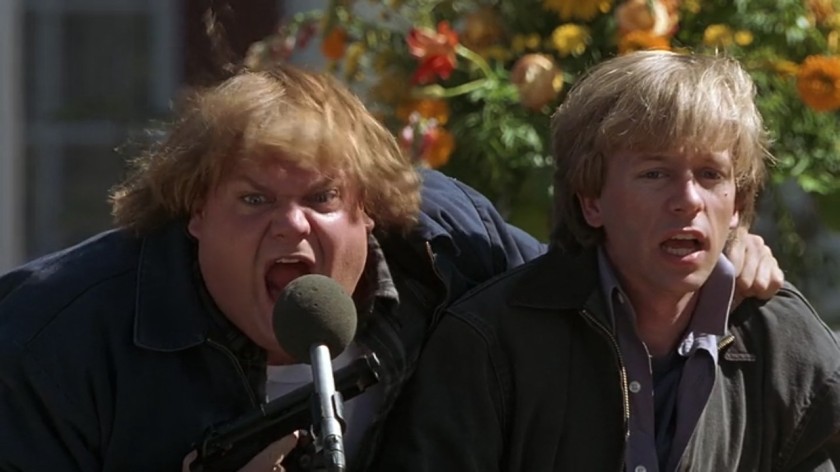 The 19th Film I have seen in theaters…

Chris Farley re-teams with David Spade to unleash his humor on the world. It’s no “Tommy Boy”, but I still dig it. 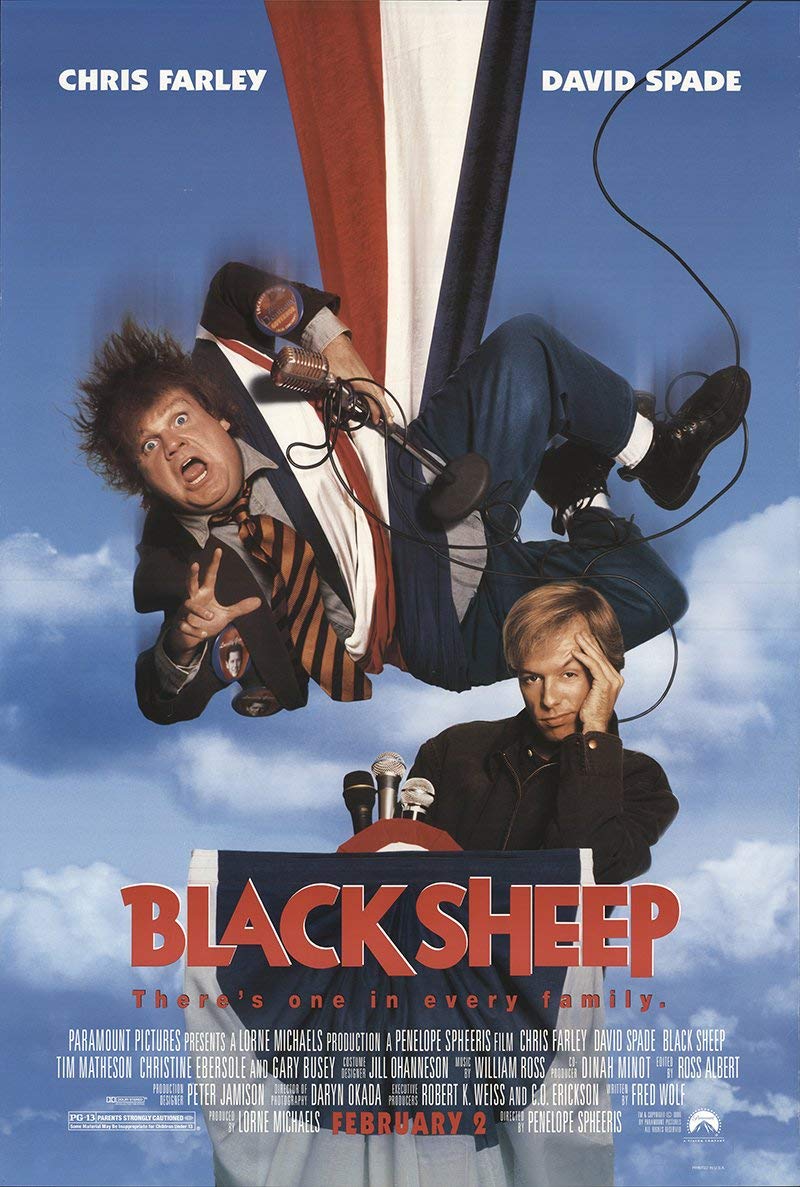 Al Donnelly is running for Governor of Washington. His brother, Mike, is known as something of a screw up. To protect himself from the brother, Al sends a campaign aide, Steve, to keep Mike out of trouble. Along the way they screw up in every conceivable way, ultimately hiding in the woods to avoid attention. They then discover irregularities in the vote and realize the Governor is stealing the election from Al! They rush in to save the day. 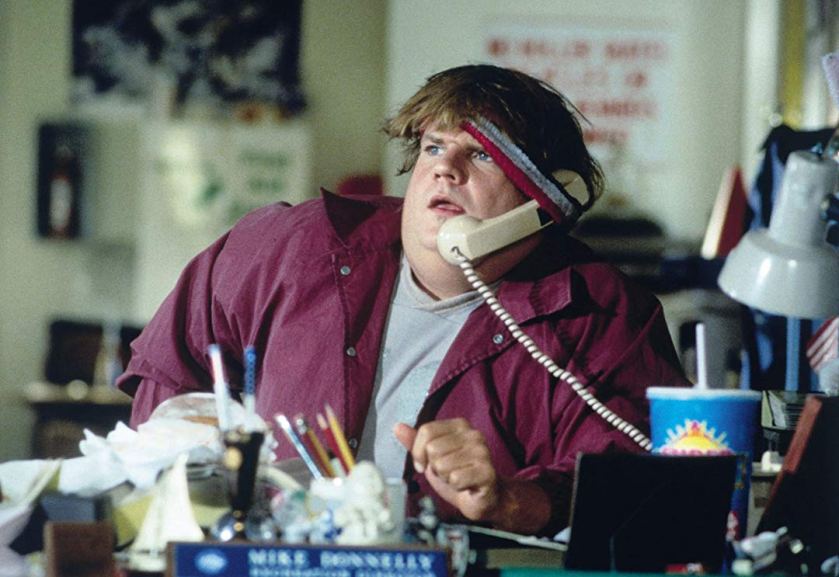 Chris Farley was one of a kind. Hilarious, perfect timing, and boundless energy, mostly fueled by cocaine. A genuinely funny man, he would pass away only 1 year later at the age of 33.

David Spade has gone on to a terrific career but there was just something special about him and Farley. They played off each other perfectly. It is a damn shame that we never saw these two work again. 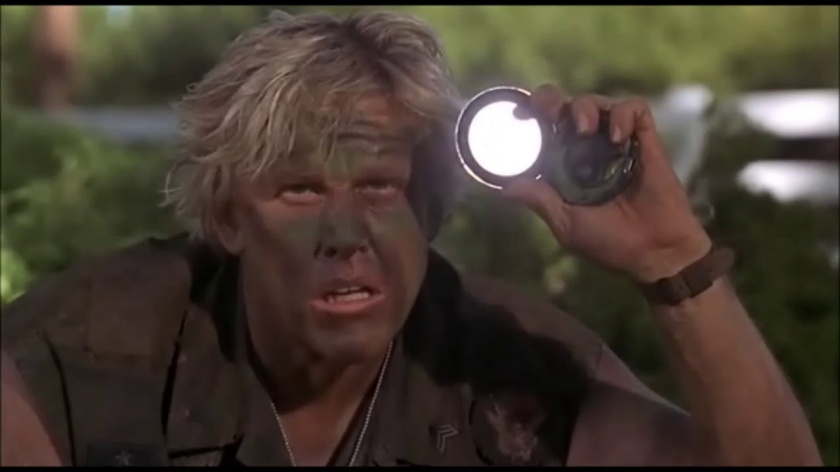 In the late 80’s Busey suffered brain damage in a motorcyle accident.A lot of problems started to manifest for him, and he began being cast as the loony in several roles. I still to this day can’t tell if he was acting here or being himself. He continues to be weird.

Tim Matheson played Al, the brother. He has had a solid career, with regular film and TV appearances for the last 50 years. He’s currently on “This is us”.

There is honestly not all that much to be said about this one. It is Chris Farley making David Spade miserable for 90 minutes. Its not very original, and certainly not as good as “Tommy Boy”. I remember it fondly, though, and that is all that matters.