I have never gotten a major endgame boss down during the run of the expansion he is in. I never downed Ragnaros in Vanilla WoW. I never got Quel’thas or Illidan in Burning Crusade. I did not down Ulduar, nor did I kill Arthas during Wrath of the Lich King. Cataclysm started out much the same. I did not down the new Ragnaros (yet) but thanks to the new  “Looking for Raid” feature, Deathwing is down. 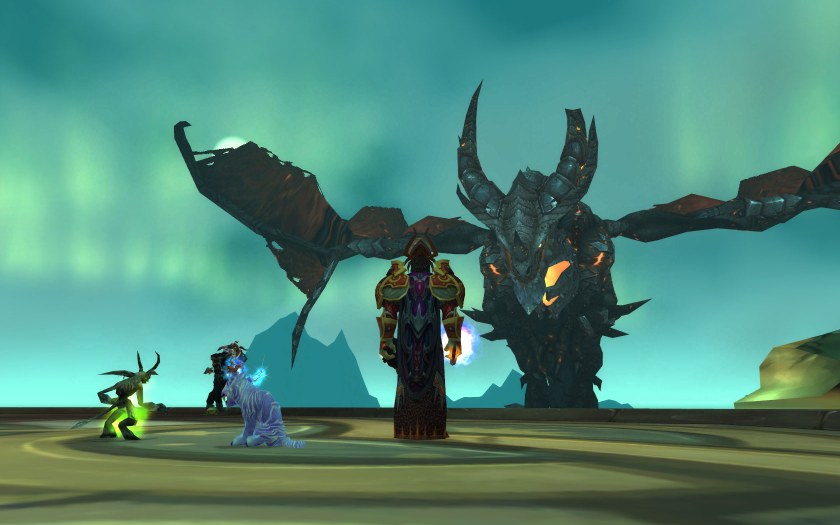 With my trusty Imp Bizpad, and faithful Winterspring cub by my side, I ventured into Wyrmrest Temple and deafeated all the first three bosses.

I then traveled to the eye of eternity for the 4th boss.

I duked it out with the 5th aboard the Skybreaker airship. 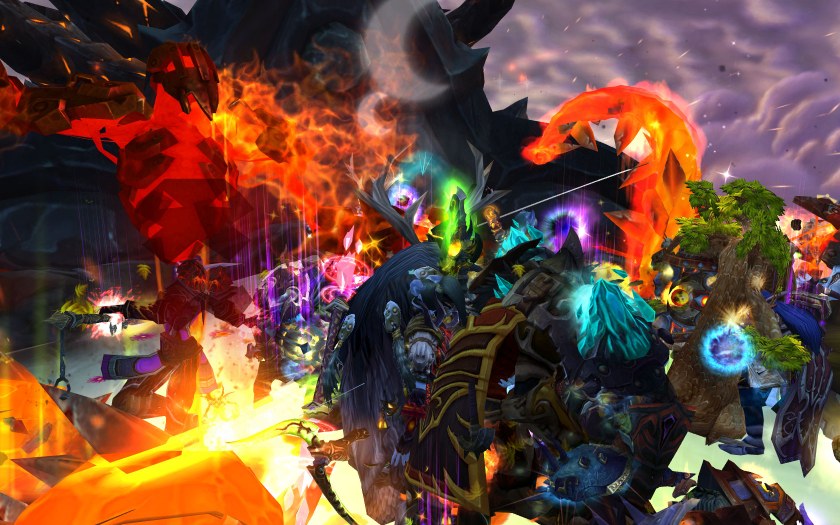 Following a skydive with Captain swayze and K’eanu Reaves (awesome) I dropped onto Deathwing and attacked his spine!

Then, surrounded by the heroic Dragon Aspects, we fought on the edge of the maelstrom and finally defeated the Destroyer!