I think I am going to start reviewing the few Television shows I watch on this site. I will keep this one short and sweet. Spoilers abound.

This is the next to last (Penultimate if you are fancy) episode of Season 3, which has been astoundingly good. This week’s episode was all about Merle Dixon, played by the always wonderful Michael Rooker. 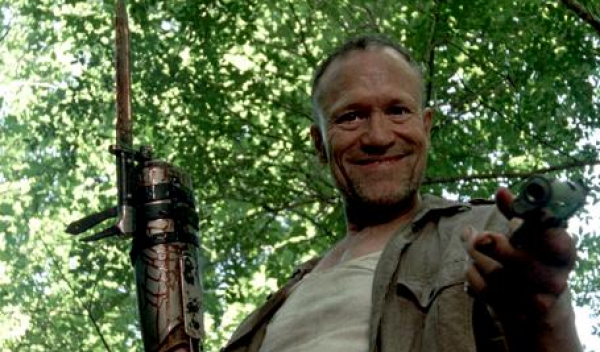 Rooker has taken this character to places I never expected. The Racist blowhard of Season 1 gave way to the warrior of season 3. Tonight took him to new heights. Merle finally chooses between good and evil.

In a previous episode, The Governor issued a “deal” to Rick and the Prison group- turn over Michonne (who took his eye and “killed” his daughter) and he would leave them alone. Now, there was no way that this deal was legit, and Rick knows it. However, there is a small chance that it might be their only way to avoid bloodshed. The choice- turn her over for torture and death, or fight. Rick decides to turn her over.

Merle, knowing that Rick would wuss out, takes Michonne and leads her out of the prison.

Merle guessed correctly, and Rick had a change of heart. Alas, it is too late, and he realizes that Merle has taken her. Daryl rushes after him. We are treated to some wonderful scenes of Merle and Michonne on the road to the meet with the Woodbury people. Along the way, we see hints that Merle is not a bad man. He had never taken a life before he hooked up with the Governor. In the end, Merle chooses good. He releases Michonne and heads out to fight the Governor’s troops alone.

Now, he does some damage, to be sure, to the Woodbury army, but in the end it is too much. The Governor bests Merle in a fight, and shoots him.

By the time Daryl arrives to save his brother, it is too late. The Governor had shot him in the chest, not head. This insured that he would turn, leaving a horrific sight for Daryl.

In the most heart wrenching scene of the season, worse than Laurie’s death, Daryl has to put down his now Zombified brother. Norman Reedus deserves an Emmy for this episode. Michael Rooker actually made us feel bad for Merle’s death- a hell of an achievement. 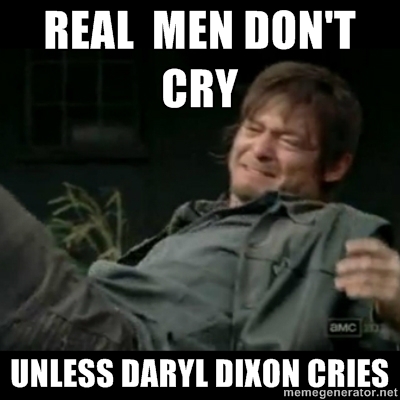 The finale is on Sunday, and if it is anything like the comic, we are in for more heart wrenching and action packed stuff.