The time was somewhere in the early 1990’s, 92 or 93. I was a young impressionable 13 year old. My mother was a die hard music fan. She purchased an album every week from the mid 50’s to about 1998. She amassed a huge collection. One day, at the store, she bought a cassette “Crystal New Age” was what I remembered the title as.  It was probably the last cassette we ever bought, transitioning to CD’s shortly thereafter. She did not care for the music (too instrumental- whatever that means), and gave it to me to listen to.

I was of the habit to listen to music at night, in complete darkness as I drifted to sleep. That Cassette was amazing in that I could never sleep to it. It was catchy, relaxing and invigorating at the same time. I only had that tape for maybe 3 weeks, and I listened to it every night for those weeks. It became my favorite tape. Sadly, It was destroyed by the family pet one afternoon and was disposed of. We returned to the store to see if another copy was available, but it was not. I, although disappointed, moved on.

In time, I forgot the whole title, and could never recall the composer. Every now and then I would think of that Tape, and do a search. “Crystal New Age Music early 1990’s anything that would give me a lead. Sadly it never turned up a clue.

Tonight I was browsing some music, and I heard something Called “The Light”. I did not recognize the song, but I could detect something familiar in it. I found it came from “The Silent Path”, and a man named Robert Haig Coxon. I thought back to that Tape from 20 years ago. Could it be?

Well. You can guess the ending of the tale as I am sitting here writing to you! I found an old CD of that same tape “Crystal New Age: The Music Experience (Listener’s Choice Vol. 11)” was apparently the title I should have been searching for.

I do not know what coincidence of the universe led me across you, but I am glad that it happened. Hello again, after 20 years! I’ve missed you.

Tonight I wrote this email to a man who’s music spoke to my soul 20 years ago. 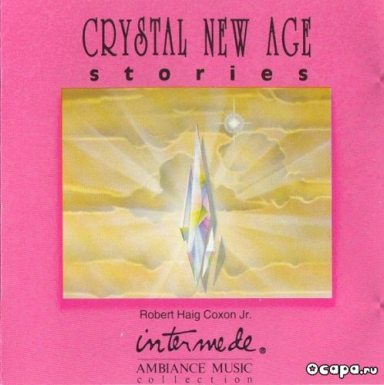 The Pink Canadian cover was far superior to my American proto-photoshop version. Seeing it was like finding a long lost friend though.  I do not know why it connected as strongly as it did, but that’s why music is so special. The particular arrangement of a few chords? The type of synthesizers he used in 1991? I hear this, particularly track #3 “Soft Surf”, and #11 “Inner Garden” and its like I am transported somewhere else. Not just the early 90’s, but somewhere beyond time, a place our soul remembers.