The 375th film I have seen in theaters…

Ah, big number 375, and the last for a couple months- need to recharge bank account.

This is the story of Jasmine, a woman who has fallen on hard times. Her NYC Billionaire husband (Baldwin) went to prison for fraud. She now finds herself in San Francisco with her sister (Hawkins). The film uses flashbacks from her life of luxury to her present situation with her working class sister to weave it’s tale. We see a woman try to come to terms with the train wreck that her life as become as her identity unravels. Despite this heavy foundation, the film is quite funny, as could be said of most of Woody’s films.

As with any Woody Allen film, besides the intelligent writing, the casting are what makes them special. He has a terrific habit of assembling the absolute best for his films, which makes one particular casting decision surprising- but it works.

Cate Blanchette is simply, or not so simply, one of the top actresses of our time. I would be surprised if she does not get an Oscar nomination for this one. This is a woman losing her mind, and she sells it like no other. 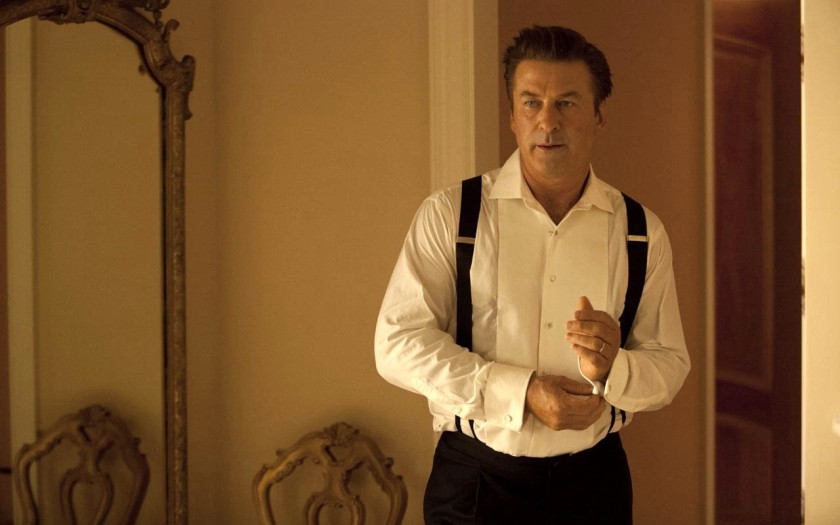 Sally Hawkins, whom I was not familiar with before this film, plays Jasmine’s sister Ginger. She is living a happy life, planning to get re-married when Jasmine starts to convince her that her fiance is “a loser”. Apparently she hit ti big with a movie called “Happy-Go-Lucky” a few years back. I will check it out and report. 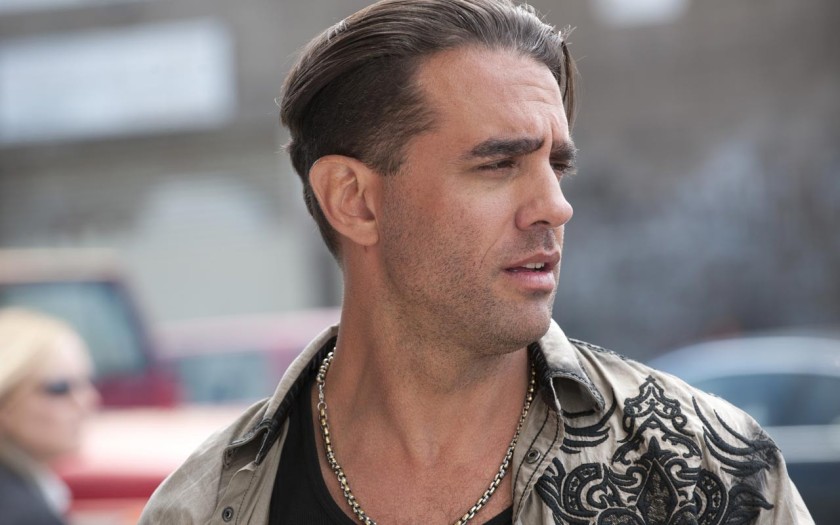 Bobby Cannavale (BEST thing about season 3 of Boardwalk Empire) plays Chilli, ginger’s fiance. He’s a auto mechanic, a “regular guy” who dislikes the influence Jasmine has on his plans with Ginger.

Sweet mother of God, am I really about to write this…

Andrew Dice Clay nearly stole the movie. Besides Blanchett, he is the best thing in it…

There! I got it out! In all seriousness, Clay was phenomenal. He plays Ginger’s first husband Augie, a contractor. He gave Hal (Bladwin) $200.000 to invest which was promptly lost due to the fact that Hal was a swindler. Perfect casting, but not as perfect as that Members Only Jacket. 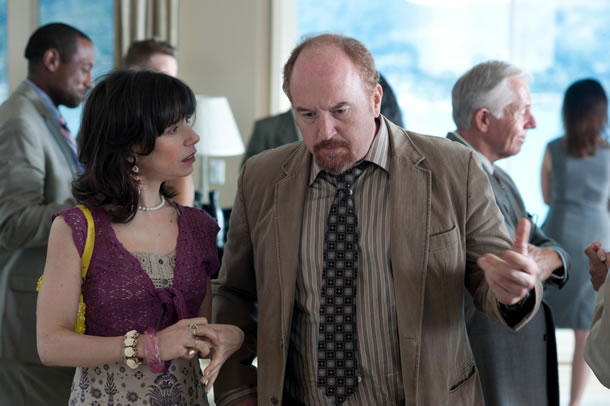 Louis C.K. is Al, a man Ginger meets at a party with Jasmine. She promptly falls for him, despite her relationship with Chilli. (writing Chilli over and over is making me hungry)

Peter Sargaard, my favorite thing in “Green Lantern” besides Mark Strong, plays Dwight, the new man in Jasmine’s life. An aspiring politician, he represents a return to the sort of life she used to lead.

Oh, Michael Stulhbarg…how I adore you so!

Many recognize him from his role on Boardwalk Empire as Arnold Rothstein. He is a phenomenal actor who I hope hits it big someday. He plays Dr. Flicker- Dentist. Jasmine takes a job as his receptionist. A great role!

Although he is not onscreen, Woody Allen is present throughout the film. From the music, to the beautiful establishing shots showcasing his love of NYC and San Fran, this is Woody at his best.

What makes this a great film, for me, is that it does not have a happy ending. In fact, it’s pursuit of a happy ending for our protagonist would actually be a bad thing. What lessons has she learned? In the end, none. She has become a crazy person, zonked out on pills, stuck in the past, fantasizing about a non existent future. She’s the crazy pigeon lady. Its a great commentary of the Bernie Madoff type of “elite” who’s lives fell apart following decades of extravagance all based on theft. It’s a look at the life of blue collar people, compared to the debutantes. It says a lot. Damn good movie.