The 383rd film I have seen in theaters… 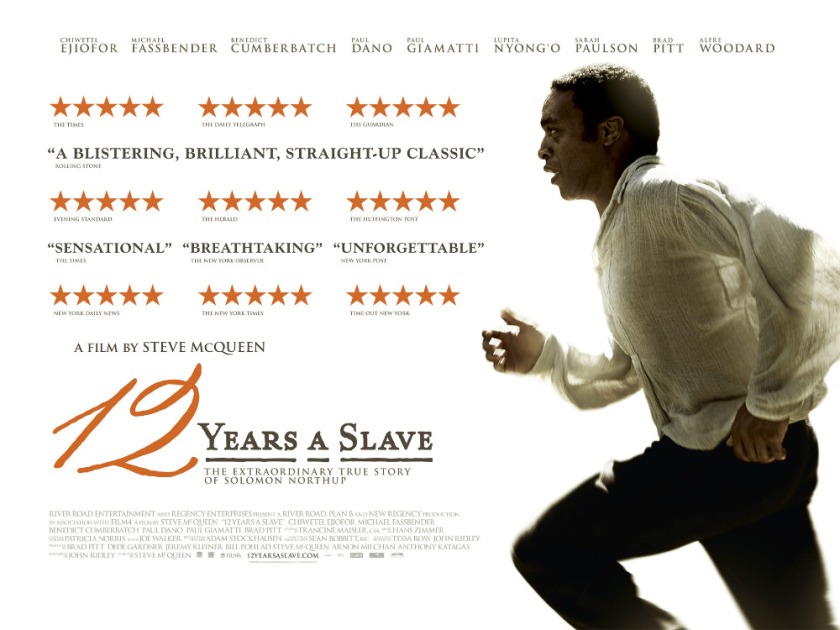 As I take my first weekend truly off in 18 years (new job, more $$, plus weekends!) the wife and I decided to knock a few of the Oscar nominated films off the viewing list. My first film of 2014 was a damned good one.

All images are the property of Fox Searchlight Pictures or any other respective owners.

The year in 1841 and Solomon Northup is a free Negro living in Saratoga Springs with his wife and two children. A musician, he is hired to travel down to Washington D.C. to perform his violin. Unbeknownst to him, the men who hire him plan to sell him into slavery. After a night of drinks with the men, he awakens in chains, and is soon bound for the South to be auctioned off as “Platt”, his true name being taken from him. He spends the next 12 years living as a slave, hoping for a chance to regain his freedom. 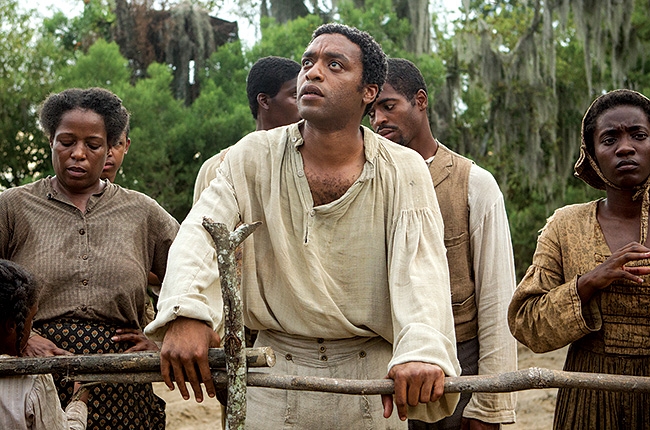 I am sadly not that familiar with the work of Chiwetel Eijofor, but I will make a point of correcting this. This is one of the great performances in film. He is the lead, Solomon Northup, the freedman who is sold into slavery. The struggles this character endures are brought to stunning life by this amazingly talented actor. I think he has a lock on the Best Actor Oscar.

My favorite actor of my generation. Michael Fassbender hasn’t let me down yet. Every role he portrays has that special quality that only an actor of his caliber can produce. He plays “Master Epps”, one of Solomon’s slave owners. From the first 5 seconds he is onscreen, you know who this guy is.  Part of that is good writing, the rest is Fassbender. I am not sure if he is going to win Best Supporting, but he is definitely worthy of that honor. 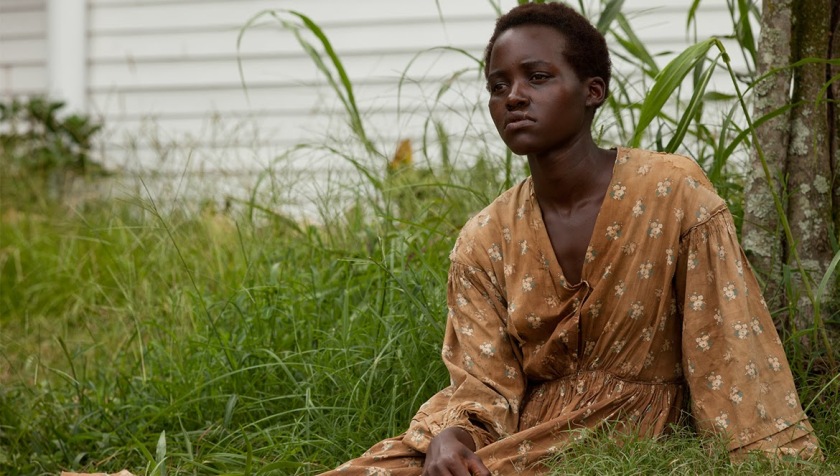 Lupita Nyong’o plays Patsy, a female slave whom Epps has taken to sleeping with- something that Epps’ wife does not like. A strong performance of a woman who has lost all hope. Patsy hates her situation and wishes she was dead.

Playing the wife is Sarah Paulson. At first we get a glimpse that she might be a sympathetic character to Solomon, but that is soon dashed as her cruelty towards the “property” is on full display. A good performance. 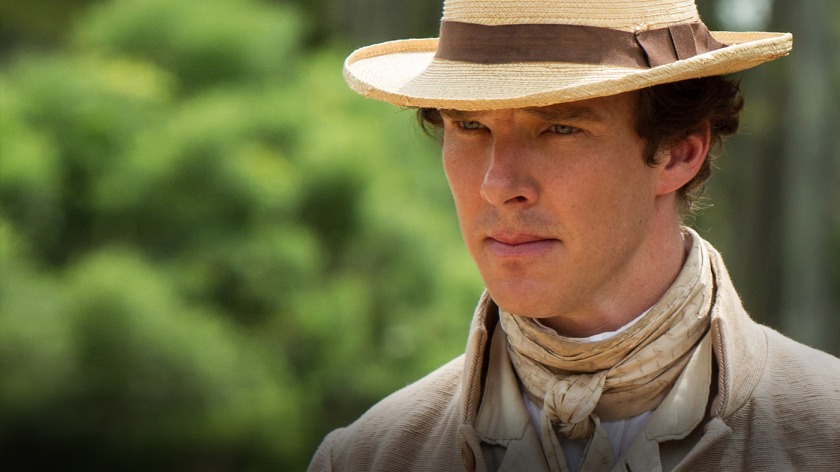 The wife and I were joking that Benedict Cumberbatch seems to be in everything, and VIOLA! He appears! He plays “Master Ford” the first slave owner to buy Solomon. While a decent man, he is also a man of his place a time. He tries to protect Solomon as best he can, but is unwilling to face who and what he is. 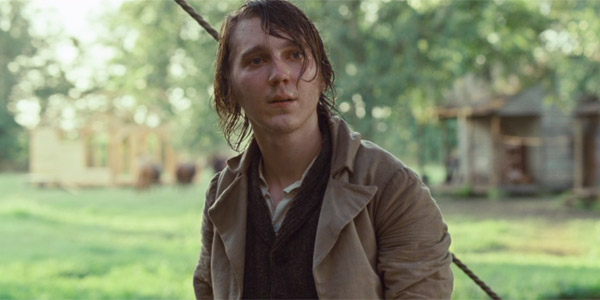 A short, though juicy, role is given to Paul Dano who plays Tibeats. the slave driver for Ford. He takes quite a bit of offense to Solomon’s intelligence, and lashes out against him. Dano did a good job. 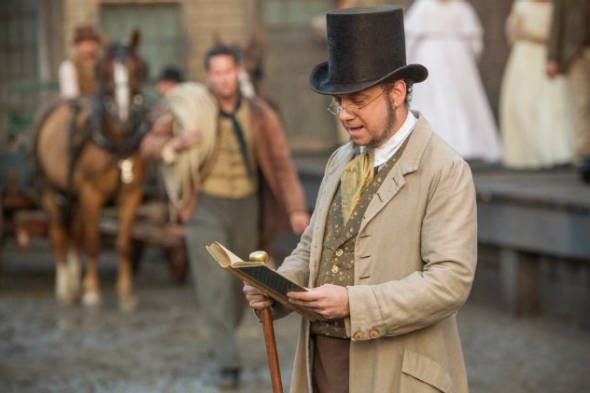 Onscreen all too briefly was Paul Giamatti who plays the Slave Auctioneer, strangely named Freeman, who dehumanizes these poor souls on the auction block. Always a good performance from Giamatti. 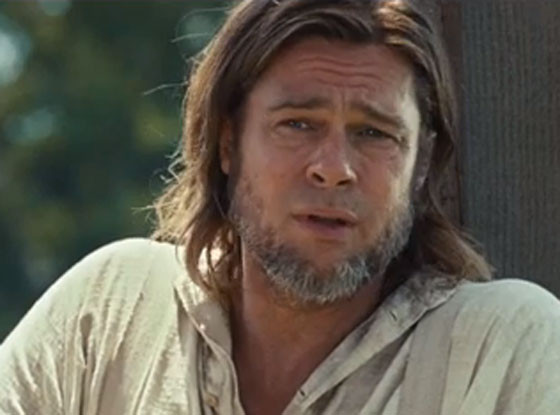 Brad Pitt, also Producer of this film, appears as a contractor hired by Epps to build a house. Pitt’s Canadian accent needs a LOT of work, but he did well as a sympathetic man who harbors no love of slavery.

This might win Best Picture. I have a few more to see before March, but this looks to be the one. Well written, well acted, and so damn emotional. This holds nothing back and shows us slavery as it was- human beings being treated as animals. America needs to never forget what it did to these millions of people. Whenever I heard the phrase “The South shall rise again” a shudder ran down my spine. This film is an excellent example of why no sane person should ever look back on this period as “The good old days”. This review brought to you by a proud New Englander.