The 387th film I have seen in theaters… 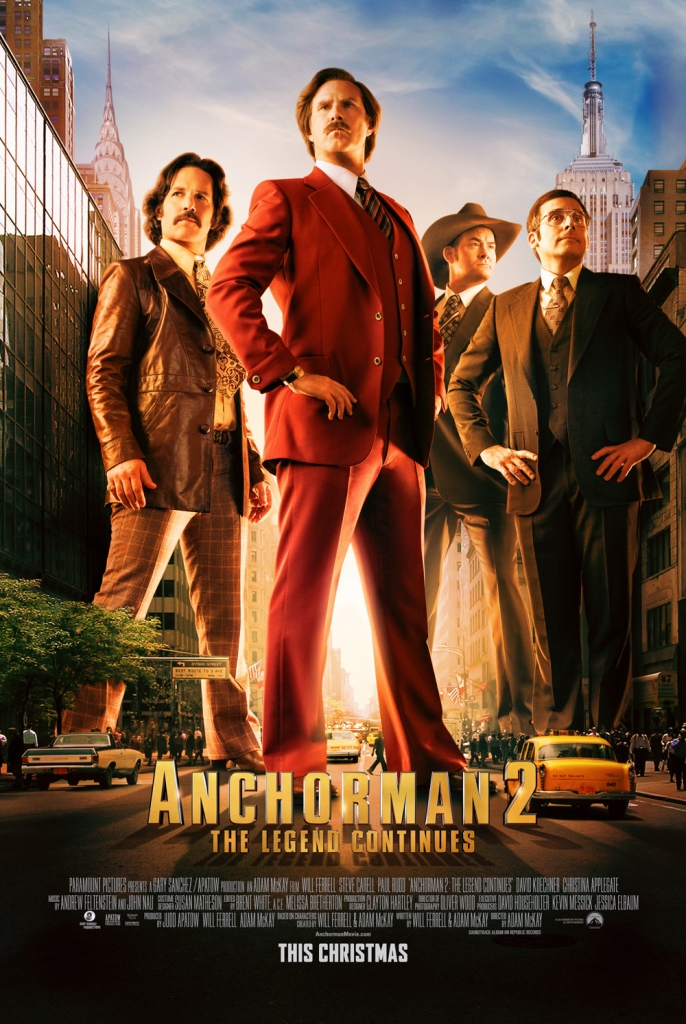 Last December, we had a return visit with everyone’s favorite news team. Amazingly, Anchorman 2 has been re-released this week in an alternate cut. They did a similar thing with the original film when it was released on DVD. It was called “Wake up Ron Burgundy”, and it used alternate takes and abandoned material to create a new film. The original film played out as the San Diego Zoo saw the birth of a baby panda. There was an alternate plot filmed that involved a “weather underground” style terrorist group. It is this story that was used in the DVD re-cut. It played more like a rough cut of a movie rather than a complete film. This new version of Anchorman 2 was different in that there was no alternate plot to use.

This films follows the same plot of the first release, just using the alternate takes, as well as a few new or extended scenes. Most of the jokes are funny, but the material in the original release is clearly superior. What does work marvelously are the extended scenes and material that was not alternate. In the first release, some of the scenes were only a fraction of the scene as scripted. This film shows us these extended sequences, to great effect. The other clear winner is the musical number. A song about diversity is sung in the newsroom, and it is awesome.

I don’t think this works as a film, but it was worth seeing, Still a good movie.