In the late 90’s, a group of friends were avid comic book readers. Every Wednesday, we would pick up our comics, read them, and share quick reviews with each other. It was fun and we did it pretty much every week from 1996 to 2005. Eventually, we tapered off, some stopped reading, some of us lost touch with one another. As this blog has grown over the last 4 years, I feel a need to write more things for all of you to read. So, Comix this week is reborn. As with my movie reviews, this is not comprehensive. I cannot afford to read every comic, nor will I illegally download them, I respect the artists and writers too much for that. Every week there will be a “pick of the week”. At the end of the year, we will have a retrospective and choose the best comic of 2014.

I use the cover images of these comics, and they are owned by the various comic companies- Marvel, DC, Dark Horse, and Image in today’s case. They own this stuff, I do this for fun, not money. Enjoy.

I am going to preface this week’s column with a disclaimer: I bought a bunch of back issues today. I’ve been tiring of the normal superhero fare and have been craving something new, especially something a bit more challenging, aimed at adults. Delving into the Independently owned paradise of Image Comics has more than satisfied me. Although a differing format, there is a “pick of the week” chosen from this week’s releases.

The saga of Superior Spider-Man draws near to it’s end. The Green Goblin has launched an attack on the city, the mayor has unleashed the Spider Slayers, and everything has fallen apart for Otto Octavius- in the body of Peter Parker. Peter is fighting his way out of Doc Ock’s mind as the end of Spider-Man draws near! Good stuff. I’ve immensely enjoyed this run, but it’s time to return to form. 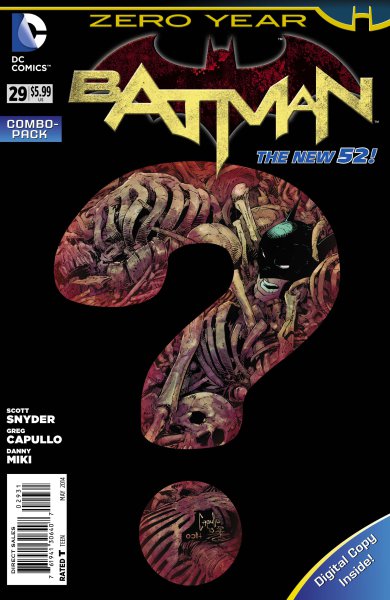 The Zero year story has been going on WAY too long. A part of me did not think that this would be a literal year long arc. I assumed it would be a “Year One” 4-5 issue story and that’s it. I was mistaken. While the art is great, and the story okay, it needs to end. Much discussion was had at the comic store this evening about the need for this comic to move on. Once Forever Evil ends, this will be the LAST DC Comic on my list. I’ll stick with Snyder for now, but they’ve lost me. I hold out hope for a return to favor, but with the current mindset of the New 52- not a chance. 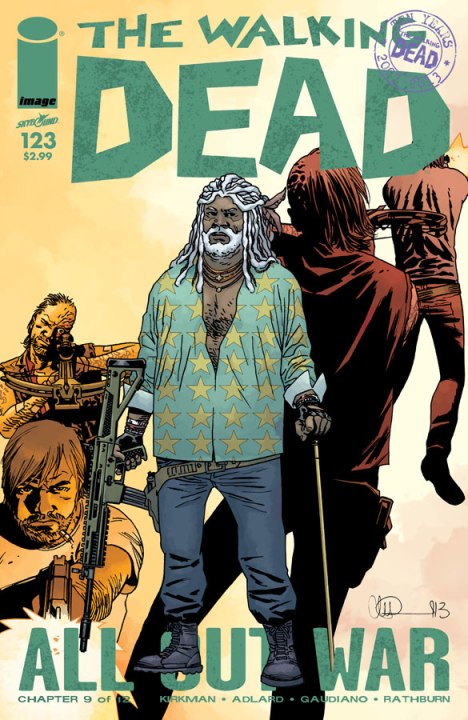 By Robert Kirkman and Charlie Adlard

Negan is the worst Walking Dead villain. His story needed to be over 20 issues ago. Instead we are slogging through a tale that has gotten beyond boring. What was once the strongest Image title is now one of the weaker. There is some hope with the final pages of the issue- is Rick FINALLY going to die?

What if Lewis and Clark were not just explorers, but an armed team tasked by President Jefferson to kill all monsters inhabiting the American West?! That is the hook of this title. I will probably not subscribe to this one, but it was pretty good. The art was somewhat reminiscent in places of the art of the late John Severin, high praise in my book.

So good. So damn good. This is the tale of “Flyboy” a sidekick to Red Cowl- the greatest Superhero. As a parade is being thrown in their honor, an assassin kills Red Cowl. Flyboy devolves into alcoholism and being a general dirtbag, while hoping to be a hero again. My description does not do it justice. Some of Straczynski’s best work in years.

The Mercenary Sea 1 and 1

It is the late 1930’s and Captain Jack Harper is the leader of a group of Mercenaries on a submarine during the war between Japan and China before WW2 breaks out. He takes on various jobs as a Chinese general puts a bounty on his head. Fantastic stuff. Well drawn, and tightly written. I love stories set in this time period.

The team that revitalized Captain America unleashes Velvet a super spy in the 1970’s. After a 007 style agent is killed, an elaborate plot is set to blame secretary Velvet Templeton, former secret agent, who is forced to return to the life of a spy to solve the agents murder and exonerate herself. amazing work. Brubaker excels at this sort of story. Teaming him up with Epting is always worth checking out too.

Holy moley, what a comic. If this released this week, it would be the top pick. In the 1930’s an American and his friends charter a boat to find a mysterious island he saw in a dream. They land there and are given super powers by aliens who have been waiting to bestow these gifts upon someone. There follows 50 years of history where the Superheroes work to make life better, all under the watchful care of Utopian, the man with the dream. In 2013, they are still alive, granted longevity by their powers. Some of those original explorers became villains, most heroes and they had children- who inherited the powers. Utopian’s brother leads a revolution with the offspring and they kill their leader, and his wife. Only their children remain- Chloe, who has a baby boy and is in hiding, and Brandon- who has been manipulated into becoming leader of Earth by his uncle. This comic is incredible. The quality here is astounding. Read it!

9 years ago, Stray Bullets 40 came out. Today, issue 41 was released- finishing that story. I never read that title, but based on this first issue of the 2nd volume, I will be- soon. This is a tale of lust, lies, and murder. A great comic, not for everyone, but very good. Just read it. Give Image your money…