In the late 90’s, a group of friends were avid comic book readers. Every Wednesday, we would pick up our comics, read them, and share quick reviews with each other. It was fun and we did it pretty much every week from 1996 to 2005. Eventually, we tapered off, some stopped reading, some of us lost touch with one another. As this blog has grown over the last 4 years, I feel a need to write more things for all of you to read. So, Comix this week is reborn. As with my movie reviews, this is not comprehensive. I cannot afford to read every comic, nor will I illegally download them, I respect the artists and writers too much for that. Every week there will be a “pick of the week”. At the end of the year, we will have a retrospective and choose the best comic of 2014.

I use the cover images of these comics in my reviews. These images are from various comic companies, such as Marvel, DC, and Image in today’s case. They own this stuff. I do this for fun, not money. Enjoy.

This week is going to start differently, with an admission… I have rediscovered a passion for back issue collecting.

The image you see above is from a secret comic store in New England that sells them for 10 and 25 cents, with some boxes at .50, 1.00, 2.00 and 3.00. I am under a solemn pledge to my new comic friends to never divulge the location, and I won’t. Suffice it to say that this is not an actual comic store, and is totally off the grid. Below is about a quarter of my haul for the past two weeks.

After spending some dough, I amassed approximately 5-600 new (old) comics for the resurrected collection. Not too shabby! Now, the releases!

This new release from Image did little for me. It is being billed as a “Game of Thrones” type of story. I can see that influence as it is a fantasy story that jumps around a lot, covering several different stories at once. Therein lies the weakness. This comic needs to slow down, focus on one set of characters for a while and then broaden the world. When you are throwing 3 separate sets of new characters/stories at the reader all in the first issue, it is going to get a bit tough to follow/care about. Even that first Game of Thrones novel mostly centered on the Stark Family and a central story. While it did bounce around a bit, the framework of Ned Stark in King’s Landing held it together. This issue does not have that cohesion. The art was not to my tastes either. One and done for me. 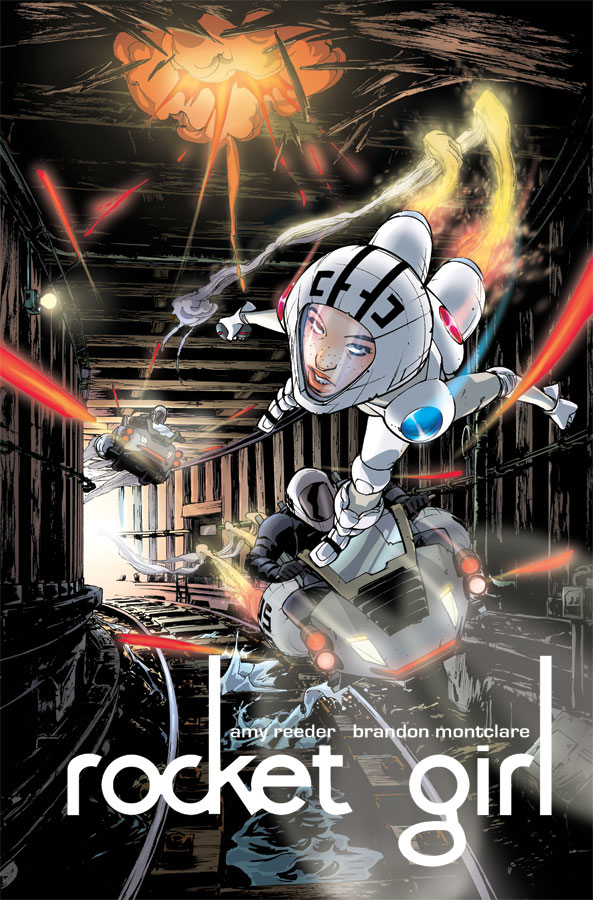 The story of Rocket Girl continues! The security officers from the future have followed Rocket Girl back to the 80’s. The larger story is still being flushed out, but is satisfying. The Art by Montclare is very good, quite dynamic. One of the better comics this week.

S.H.I.E.L.D., or someone impersonating them, is releasing Sentinels against Scott Summers (adult version) and his group of teachers/students with the New Xavier School. Someone is hunting them down, and Cyclops has had enough, declaring war on those responsible. It is fascinating to see him follow a path similar to Magneto. Summers is done with the BS humans are slinging at the mutants. It makes for great stories.

Namor has been captured and the original Invaders reunite to save him, all the while trying to get back a secret weapon from aliens that allows them to control GODS! Good stuff.

The start of the new Iron Man story is here. The 10 rings of the Mandarin have been dispersed and are being given to people that hate Tony Stark. Maliketh, the Dark Elf, has hatched a plan to collect as many as he can, killing their current wearers if necessary, and it’s always necessary. With all the attention The Mandarin is getting lately, I cannot help but wonder if we are going to see the Big Screen “REAL” Mandarin in the near future. 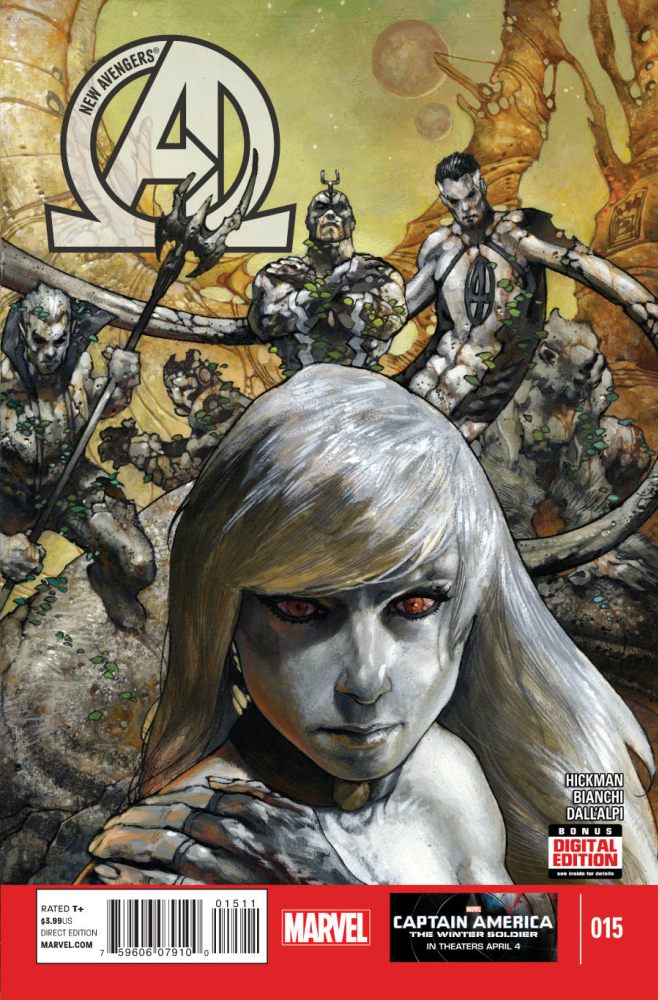 A strange issue that delves a bit deeper into the “Black Swan” and the destruction of the multiverse that is currently happening in Marvel Comics. I have no doubt that the seeds are being sown for the next HUGE crossover. It will almost certainly be “time” related as nearly every single major Marvel title is dealing with time travel stuff, and the concept of time/space continuum being somehow broken.

This story follows Ben Urich, the long time Daily Bugle reporter as he deals with the ramifications of the actions of his nephew Phil Urich. Back in the 90’s, Phil became a heroic version of the Green Goblin. He then became a villain and was Hobgoblin for a while before becoming one of Norman Osborn’s Goblin Knights. Ben is trying to come to terms with the fact that he, the great journalist, had no idea that his own nephew had turned to evil. He grapples with the dilemma before deciding to take action. He acquires some antidote that can cure Phil of the Goblin serum. In facing off again him, though, Ben realizes that Phil is not being corrupted by the Goblin serum, he enjoys being evil, and is lost.