In the late 90’s, a group of friends were avid comic book readers. Every Wednesday, we would pick up our comics, read them, and share quick reviews with each other. It was fun and we did it pretty much every week from 1996 to 2005. Eventually, we tapered off, some stopped reading, some of us lost touch with one another. As this blog has grown over the last 4 years, I feel a need to write more things for all of you to read. So, Comix this week is reborn. As with my movie reviews, this is not comprehensive. I cannot afford to read every comic, nor will I illegally download them, I respect the artists and writers too much for that. Every week there will be a “pick of the week”. At the end of the year, we will have a retrospective and choose the best comics of 2014.

I use cover images in my reviews. These images are from various comic companies, such as Marvel, DC, and Image in today’s case. They own this stuff. I do this for fun, not money. Enjoy.

By Kirkman and Adlard

This long, LONG, take of Negan and his gang of thugs continues, but the end seems to be near. Rick miraculously survives getting punctured with Zombie good, and Negan prepares for the final assault. In 2 more chapters, this story will be done. I hope that Negan is killed and this comic moves forward again. He’s a poor man’s Governor, and it needs to stop. 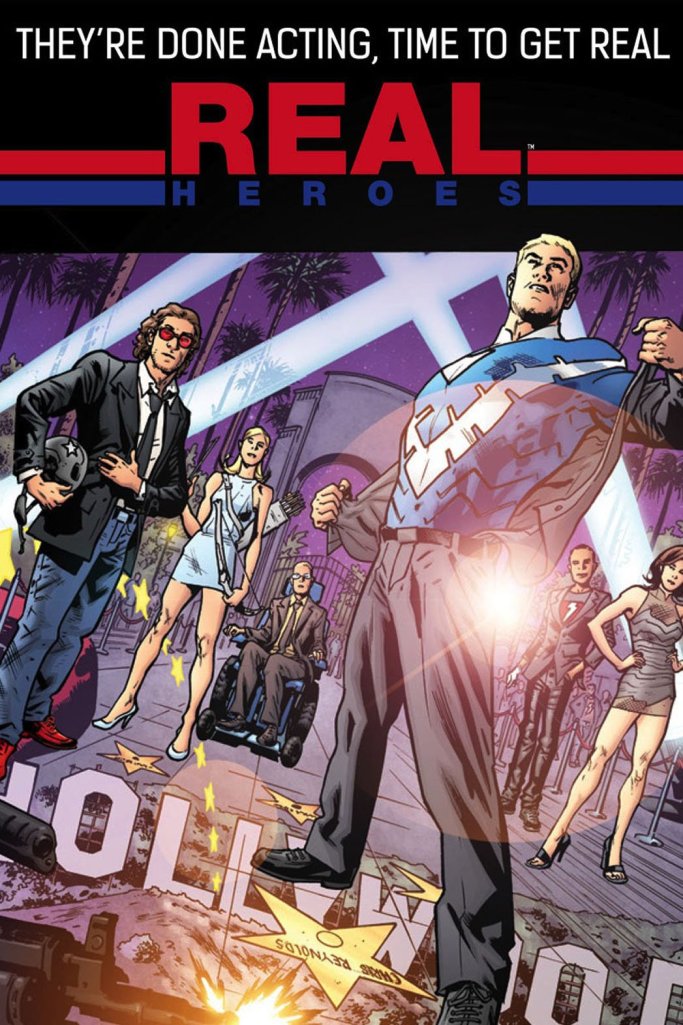 Now, Hitch is a great comic creator, but this one did not grab me. It is “Galaxy Quest” with Superheroes instead of Star Trek used as a basis. A group of actors are pulled into an alternate dimension where their movie characters are real. They must fill those roles and become…REAL heroes. blah. Not gonna read #2.

By Dan Slott and Michael Allred

Dan Slott is branching out as his run on Spider-Man closes up. He is a dynamo for Marvel, and he shows it in this new title. It is quirky and weird. It is a very modern take on the character, and the art is a big part of that. When I look back on the indie comic movement, especially in the late 90’s early 2000’s, I could see a certain aesthetic starting to emerge. This is in line with that style, perhaps more modernized, but distinct. It is retro, yet modern- truly hipster, and it works. 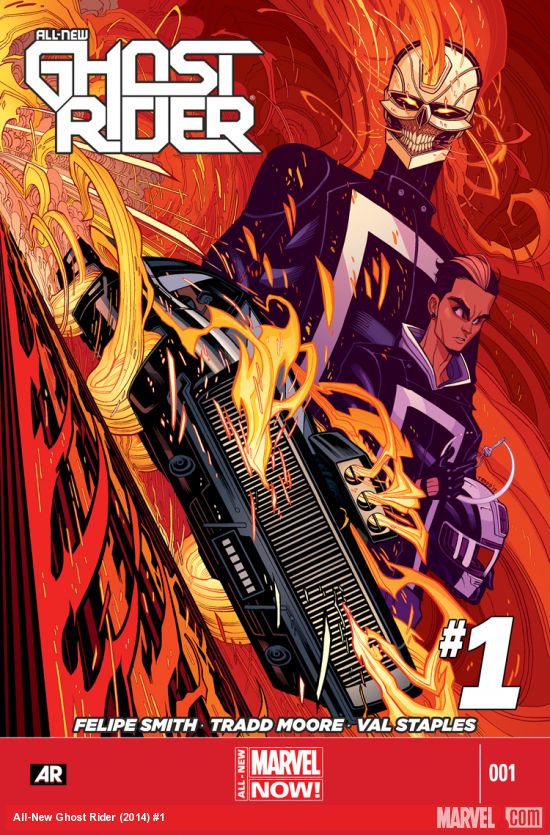 By Smith and Moore

Ghost Rider is a character that can be used effectively in any time period, in many variations. The whole concept is a Spirit of Vengence takes hold of a newly, or nearly, dead person and uses them to dispense ass-kickings. There was an Old West Ghost Rider, a couple of Motorcycle Riders (Johnny Blaze being the most famous) and even the more recent female incarnation. This is an all new take with a new character. It is basically a Fast and Furious Ghost Rider, and it is awesome. Robbie Reyes drives an old school muscle car, and street races to make money to support himself and a kid, I assume his brother named Gabe. He is gunned down by some cops, or people impersonating cops, and becomes Ghost Rider. His face is more a “Day of the dead”/mechanical than the traditional skull, but its a nice change. I will be around for a second helping next month, for sure.

By Hickman, Larroca, and Martin.

The alternate universe Avengers are here and are causing all sorts of trouble. I have a pet theory that Hickman is doing this just to show DC that they can do a “Crime Syndicate” story better than they can. This plays out a bit more in the next comic I review as well. General Steve Rogers leads his evil Avengers against our 616 heroes. As always, well written and drawn. 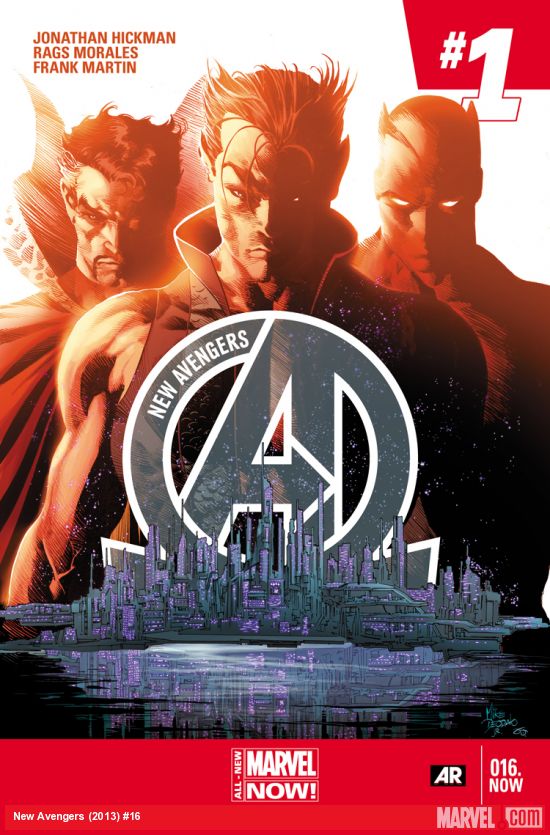 By Hickman, Morales, and Martin.

As universes collide and Earths are destroyed (Crisis on Infinite Earths anyone?) Our heroes look into an alternate Earth to see how they dealt with the problem. It seems on one Earth they created a Super Team who bear some interesting resemblances to heroes we know. Sun God (gets his powers from the Sun, dresses like a blonde Superman), Boundless (Female speedster in red suit with yellow lightning bolt), Doctor Spectrum (Hourglass on chest), The Rider (Dark robed Knight), The Jovian (A Green martian), and The Norn (a helmeted seer who has the powers of FATE!). Yup, they are punking DC. Damn good story though.

Yes, I am cheating. Two picks are equal in my eyes.

Doc Ock, in Peter’s body, has been defeated. Norman Osborn has his girlfriend and Otto realizes that he is not able to save her and stop The Green Goblin, only the Superior Spider-man can do this…the REAL Spider-man. He erases all trace of himself from Peter’s mind- committing suicide, allowing Peter to retake control. Spider-man is back. A fantastic issue, that ultimately redeems Otto. If they are smart, they will NEVER use the character again. So good. 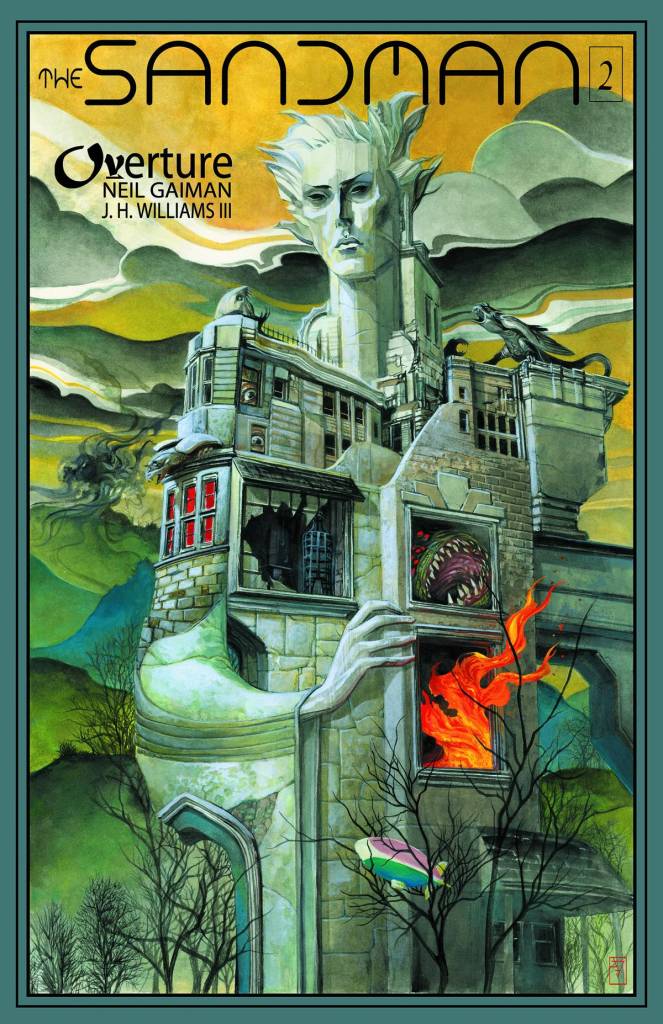 By Gaiman and Williams III

Worth the wait. Gaiman is in top form and Williams is never better. A perfect pairing. Read this, discover it for yourself. 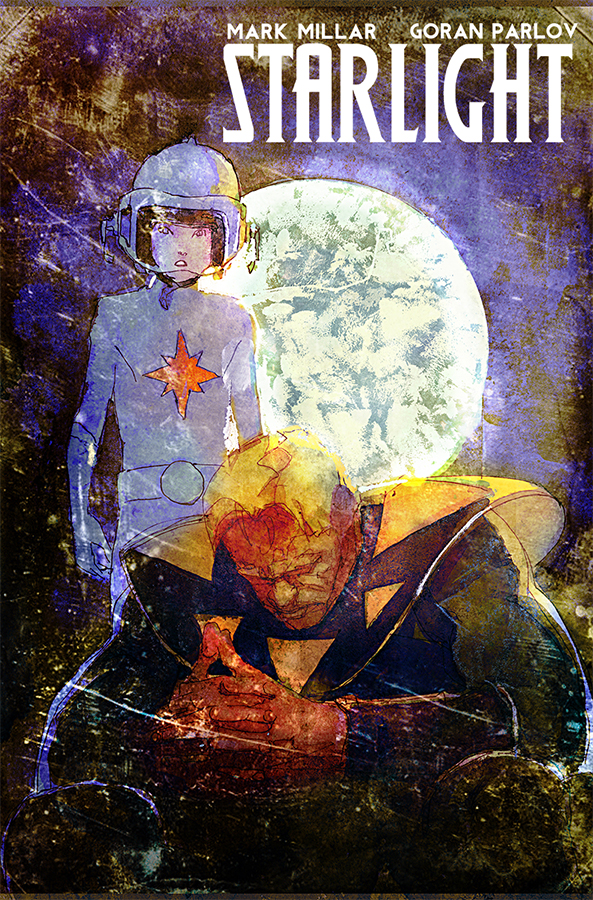 By Millar, and Parlov

A young boy recruits aging Duke McQueen (Flash Gordon) to return to the alien planet he saved 40 years ago. A very cool take on a classic story. Great art, character moments. It will be interesting to see how Duke handles himself on the alien world as a sixty-something.

By Remender, Klein, and White.

Cap fights against the Iron Nail and his henchmen who have used the powers of Mindbubble to take over Shield. In the end, they use the powers on Captain America. The Super Soldier is now with the enemy!

By Manapul, and Buccellato

The artwork…holy crap. Beautiful. A new story line begins as Bruce tries to deal with the death of his son, as new threats emerge to challenge the vision of a New Gotham City, a better city. Great stuff.