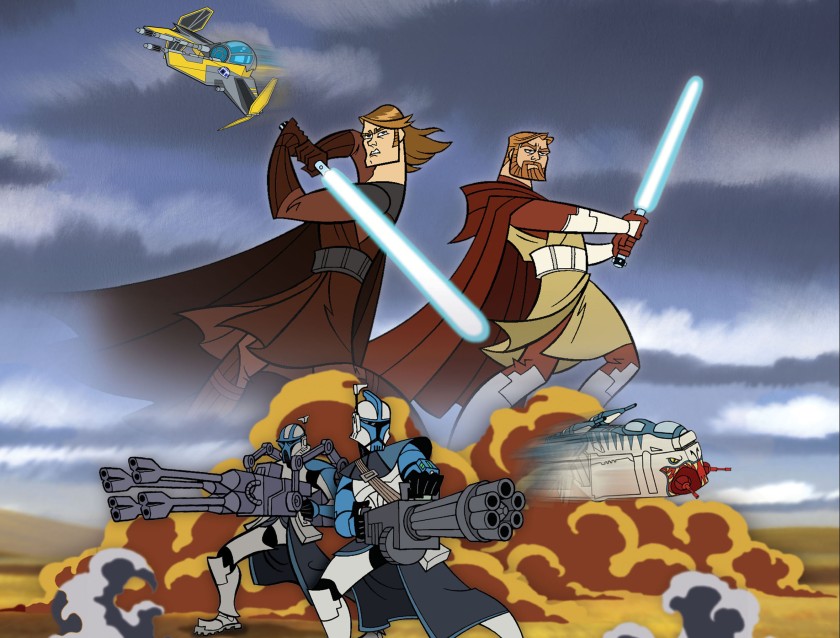 The final season of the 2005 Clone Wars by Genndy Tartakovsky.

The final season takes place right after Season 2. Ki Adi Mundi is pinned down by General Grievous. The Clones rescue him and Anakin is made a full Jedi Knight. It is presumed that the entirety of “The Clone Wars” seasons 1-6 take place after this point. The story jumps ahead as Anakin and Obi Wan are trying to save a planet of blue aliens very much like the Navi in Avatar. Anakin gets some creepy blue worm tattoos and faces the darkness inside himself. It is heavily alluded that the darkness will consume him. 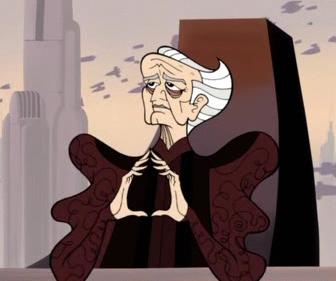 While this is happening, the Separatists attack Coruscant and kidnap Chancellor Palpatine. There is a great battle with Jedi fighting droids and Grievous, but in the end, Palpatine is taken. This leads directly into the events of Episode 3.

It is a little strange to watch this after the amazing CGI series. It’s still a great show, and it leads into Revenge of the Sith wonderfully, but there is a lack of depth to it. After the later series, we expect longer tales that delve into the drama behind the scenes. We want characterization. Perhaps that is a side effect of the truncated episode lengths that we don’t see these things. Either way, the stage is set. The final adventure of Anakin Skywalker lies ahead…

Star Wars: Revenge of the Sith