I got my “Yearly Report” this week and I was pleasantly surprised to see that we have tripled in size since 2013! We had a little under 7,000  visitors this year! From 124 countries no less! I don’t know what brings you here, but I thank you for tuning in! I’ll do my best to make 2015 more productive for my “Skinny”.

Now, before we move forward with the list, here are some links to the previous 382 films I saw in theaters, as well as info from 2014.

2014 was okay, just okay. I had higher hopes for the films released this year, but many fell flat or were, as I said, “okay” at best. This list includes not only movies I have seen in theaters, but also on home video release or streaming. Because of this, there may be differences between my top 10 best/worst list here and of the films I have seen in cinemas the main feature on this site.  Without further delay, let’s get it done!

This is it everyone! I have assembled my top ten films of the year as well as the absolute worst. Now, a disclaimer: I have not seen everything. I am not a professional reviewer, and am only able to see a small, very small, fraction of the major releases never mind every indie movie that is the darling of expensive film festivals. Before we start on films, lets look at some other categories:

This was a phenomenal year for television. Here are my top 5:

5: The Flash: Just starting out, it has already jumped to the forefront of shows I must watch. The story of Barry Allen, the fastest man alive, the show blends in Easter eggs of the comics with homages to the 1990’s Flash. Incredibly good. 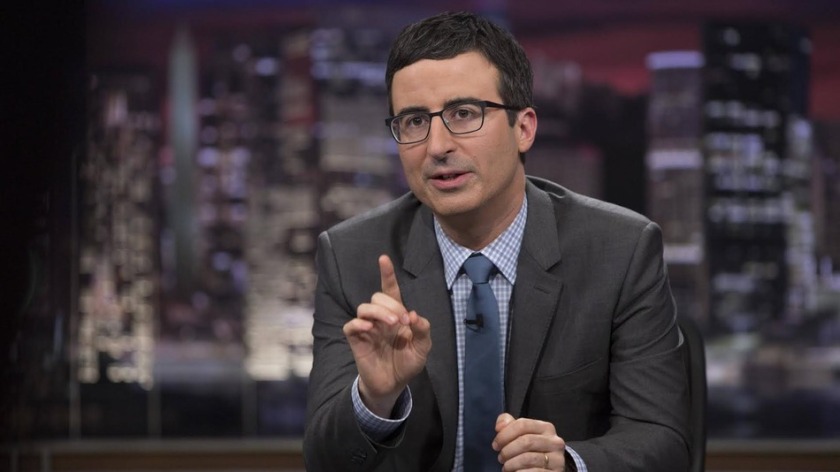 4: Last Week tonight w/ John Oliver: When I heard that John Oliver was making a weekly news show for HBO, I thought he was nuts. I figured that he would never be able to compete with the juggernauts that were The Daily Show and Colbert Report. I was wrong. Hands down, this is the best comedy news show on television.

3: Community: The fact that this show was dropped by NBC was a travesty. The fact that Yahoo is bringing it back is awesome. Show runner Dan Harmon returned after being fired for Season 4, and it was immediately better. I anxiously await season 6 and the long promised movie.

2: Game of Thrones: The big boy on the block. This season saw the introduction of Prince Oberyn, the Red Viper. He did not disappoint. We saw the Purple Wedding, Tyrion’s trial, and the battle at the wall. 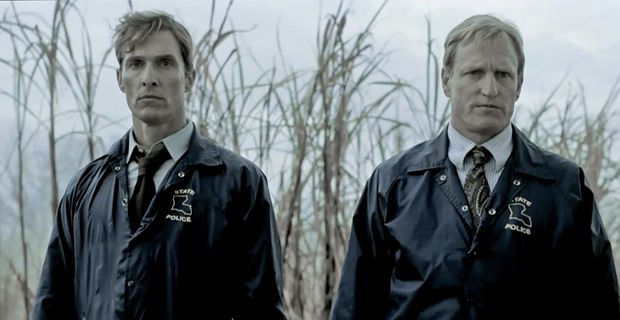 House of Cards was my favorite new show of 2014. Unfortunately it did not air new shows this year. It will be tough to beat in 2015.

4: Even God Hates Astronauts: The web comic is published by Image now. I cannot adequately explain this comic. It needs to be experienced.

3: Spider-Verse: The ending has not occurred, but this is the best Spider-man story I’ve read in YEARS! We see every iteration of Spider-man over the course of this universe hopping saga- even the comic strip and 60’s cartoon versions!

2: Batman: Scott Snyder continues amazing work over at DC with the flagship Bat-title.  From the great “Zero Year” story to the current “Endgame”, Snyder makes a strong case for being the best Batman writer of this decade, following Grant Morrisson’s work of the “00’s”

1: Saga: No other comic stood a chance. The writing of Vaughan, the art of Staples are beyond compare. This is the best comic made today, perhaps the best in decades, since Sandman.

Mineshaft Magazine: The BEST underground magazine of comix, poetry, and assorted bricka-brack. Robert Crumb is a regular contributor. If you know Crumb, you know why this is a must-read title.

These are movies everyone has access to at the local cinema. There are several I WISH I had seen (Big Eyes, Birdman) but I just did not have the chance. I am also not seeing as many bad movies as I once did. My crap filter has developed to the point where I can save myself a lot of aggravation. Of the 25 movies I saw in 2014, these are the notables.  Enjoy. 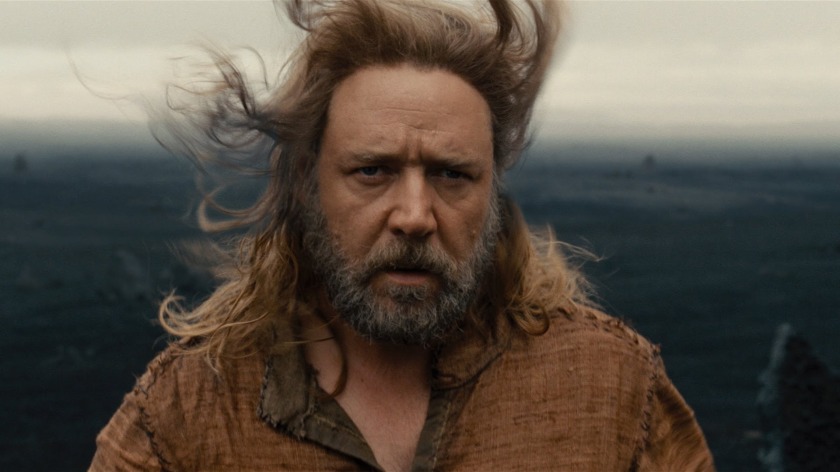 Noah: I cannot believe the stupidity and audacity of this movie. On paper, I should love a movie about rock monster fallen angels helping Noah build an ark. The bad guy sneaks on the ark and EATS BABY DINOSAURS- explaining why they are extinct. Sad. (review)

Yes, only seven were good enough to make the cut this year. Here is a list of those that were “okay”.

As I said, this was an “okay” year, and most movies were in that range. Now, lets see what stood out! 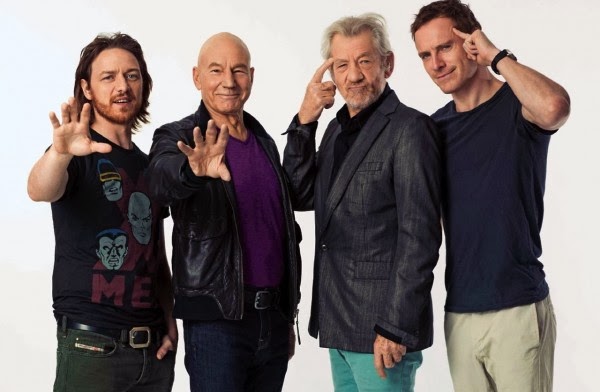 6: X-Men- Days of future past: Bryan Singer returns to X-Men and gives us the gold. Wolverine travels back to the 70’s and meets up with the First Class cast. Sentinels. Incredible. In most other years, this would be the best comic film of the year. Not this year though. (review)

5: Edge of Tomorrow: Based on the comic “All you need is Kill”, Tom Cruise follows up his great work in Oblivion with even better work. A Scifi Groundhog day, this is one of the best scifi films of the decade. (review)

4: Interstellar: Christopher Nolan gives us one of the better “hard scifi” films in decades. It is definitely one of the strongest since 2001 in terms of hard science. (review) 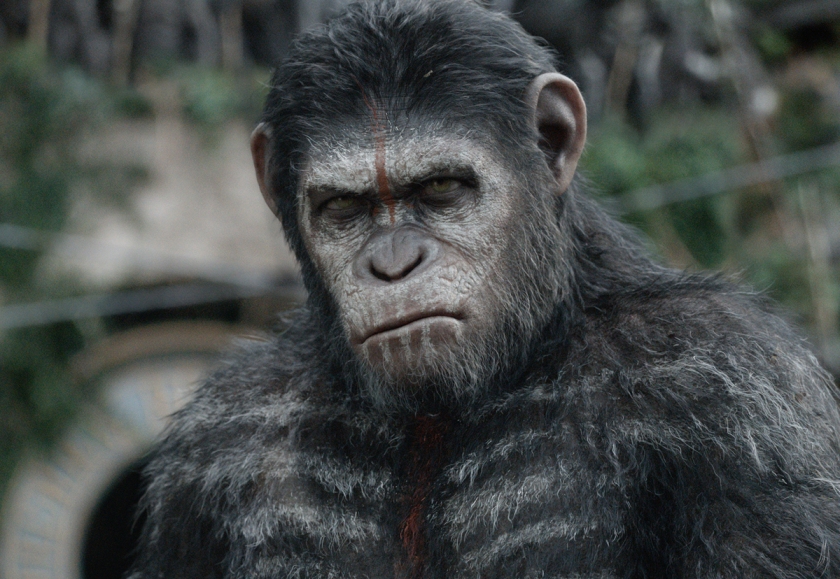 3: Dawn of the Planet of the Apes: We see the epic war between Apes and Humans begin in this follow up to “Rise”. Andy Serkis deserves a goddamn oscar. (review)

1: Guardians of the Galaxy: I could watch this all day, every day. It is pitch perfect, the best movie of 2014, and audiences agreed. It is a rollicking old school sci fi adventure film that takes the Marvel Universe and blows it up to Cosmic levels. No grounding needed in this one. Chris Pratt’s affable Star-Lord brings us humans into a world of talking trees and smart ass Racoons, all while showing us some of Marvel’s best cosmic baddies. It also had kick-ass tunes and Michael Rooker playing Yondu as a space hillbilly. Also, Howard the F’n Duck.

It does not get much better than this.