The Doctor returns for the 35th (9th) series!

It’s been a while since I covered Doctor Who, but this season premiere is certainly one to discuss.

From the opening scene, I was hooked. Creepy hand-mines, land mines that are hands that suck you under the ground. A little boy is stranded in a field of hand mines, and the Doctor arrives to save him. All seems fairly standard until we realize the boy’s name: Davros. This opens up a moral quandary that the Doctor faced centuries before, but this time he makes a difference decision.

Back when he was only 7 or 800 years old, The Doctor traveled to a planet called Skaro. There he met a genocidal maniac named Davros, who would go on to create the Daleks, his most hated nemesis. This episode was “Genesis of the Daleks” and it is widely considered to be one of the best episodes of Doctor Who ever made. They aren’t wrong.

In it, The Doctor faced a choice- kill the Daleks as they are being born, or not. he decided to not do it. He could not kill ” a baby in its crib”. Flash forward several centuries, and the current iteration of the Doctor faces the same quandary, but this time its not the Daleks he has to kill, but Davros. The Tom Baker Doctor could not do it. The Peter Capaldi doctor can do it. He’s seen the horrors of the Time War. he leaves young Davros to his fate, in the hand-mine field. The Doctor goes into seclusion, out of shame over what he has done. Meanwhile, in the present, an old and dying Davros remembers what the Doctor did to him as a boy, and sets about to get his revenge. Incredibly, Davros succeeds. The Mistress (Female Master), and Clara are killed by the Daleks. The Tardis is destroyed. Davros wins. We end with a scene of the Doctor, having somehow escaped old Davros, returning to Skaro and finding young Davros in the mine-field. he aims a gun at young Davros, leaving the viewer unsure over what he will do. 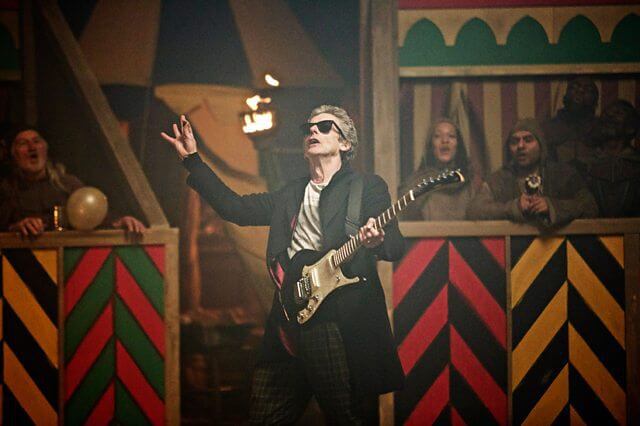 Peter Capaldi’s Doctor is rapidly evolving into one of my favorite incarnations. For disclosure purposes, my favorite Doctors, not including 12 are: 2, 4, 10, 11, 5, 3, 7, 9, 1,  6, 8. I am not sure where Capaldi will fit in. Maybe between 10 and 11. Anyway, he was on fire here. I got a sense that he has settled into the role and is ready to go deep. The Doctor wrestling with the evil in his heart is great television. 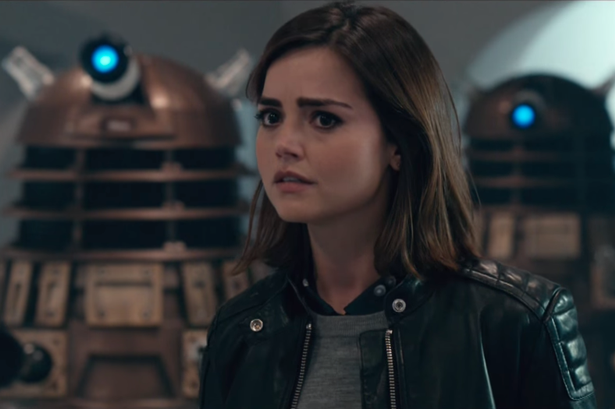 Clara has been a good companion for the Doctor, but she’s never really developed as I’d hoped. Yes, she is easily the cutest woman to ever be a companion, but I am glad she is heading off to greener pastures (As Queen Victoria). I hope Clara gets a happily ever after, but I suspect she is going to be killed.

Oh. I am loving the new Master (Mistress), Missy. As the Masters before her, Missy is the perfect foil to The Doctor. I love that they are really delving into their relationship. These two are best friends, have been since they were children. 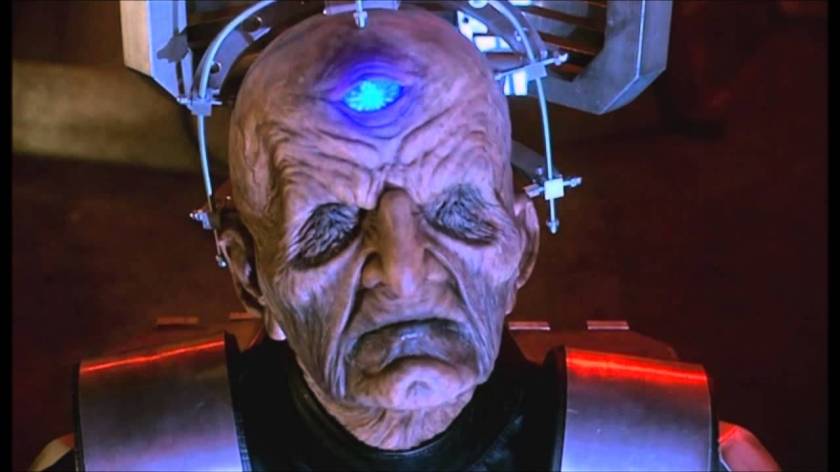 Ah Davros. 40 years since he premiered and he hasn’t aged a day!

A fantastic premiere episode. I hope the Doctor’s decision on young Davros dominates the season as this is some good stuff!