The 1st film I have seen in theaters… 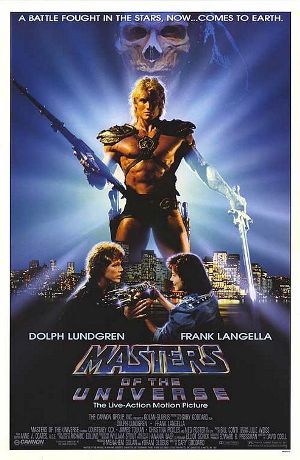 This is where it all began!

The planet Eternia in under seige! The villainous Sorcerer- Skeleton has captured Castle Grayskull and the Sorceress, its guardian. The powers of the universe are now within his grasp. The Heroes, led by the mighty He-Man, try to retake Grayskull but are forced to flee to Earth, where they must find new allies in their battle to save the universe. 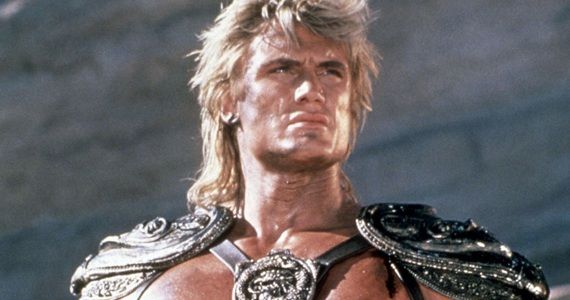 Frank Langella made a really good Skeletor. he was the best actor of the bunch, and he chewed up scenery with delight. He had a great career before this, and this had little effect.

Courtney Cox makes one of her earliest appearances here as “Julie”, the earth girl that helps He-Man. She would go on to star in Friends, Ace Ventura, Scream, and many other projects. 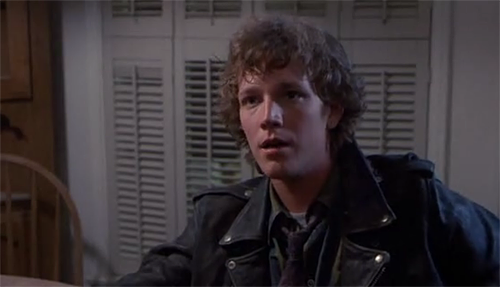 Robert Duncan McNeill plays  Kevin, the young human who uses his musician skills to save He-Man. No seriously, he does. He would later go on to play Lt. Paris on Star Trek Voyager.

Billy Barty, hollywood legend plays Gwildor, a poor man’s Orco. Barty was the “go-to” dwarf for decades and really is a legend. Barty is the man.

Meg Foster plays Evil-Lyn, Skeletor’s 2nd in command. While she never really broke through in the mainstream, she has had a strong career as a character actor in many tv shows. 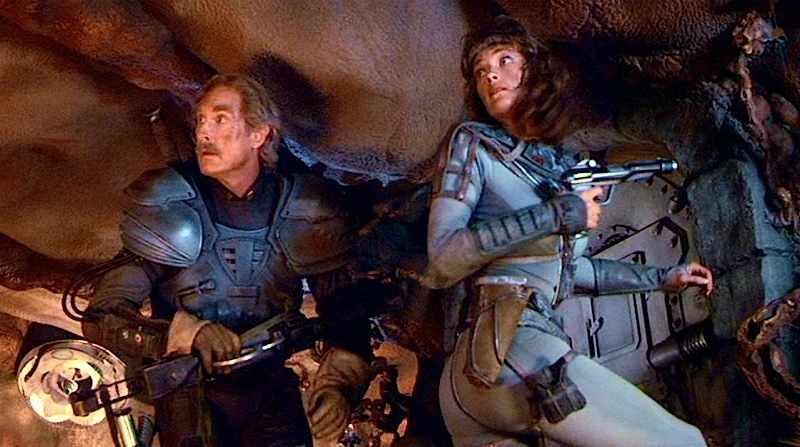 John Cypher played “Man-At-Arms”, and Chelsea Field was his daughter “Teela”. Neither had particularly noteworthy careers following this, although Field is married to Scott Bakula.

The strangest cast choice in this is the always amazing James Tolkan as Detective Lubic. A solid actor, he exploded in the 80’s and the “bald headed figure of authority” in just about everything he did. Particularly as Strickland” in the Back to the Future series.

This was my first movie in a theater. My first time sitting in the darkened room. My first time eating the popcorn and soda. My first time seeing that screen explode in light and show me the magic of the cinema. Well, maybe this was a terrible first movie to see. My godson had his first movie in December 2015 with The Force Awakens. That is one to remember. This was not very faithful to the source material, not even close.The whole Prince Adam angle was ignored. Established characters were ignored for lesser creations. This is a 2/5 star movie at best, and that is with me giving it the benefit of some strong nostalgia.