The 425th film I have seen in theaters…

Look out! Here comes the Spider-man!

While on a mission, Scarlet Witch accidentally causes an explosion which kills innocents. The UN comes down on the superheroes to become regulated by the government. Captain America is against it, Iron Man is for it. At the signing of the law, a bomb goes off, killing the UN delegates. Bucky is framed for the bombing. The Avengers hunt down Steve and Bucky. They fight.

Chris Evans returns as Steve Rogers. Not much character development for him this time. He does loses Peggy Carter to old age, but spends the film running around trying to protect Bucky. 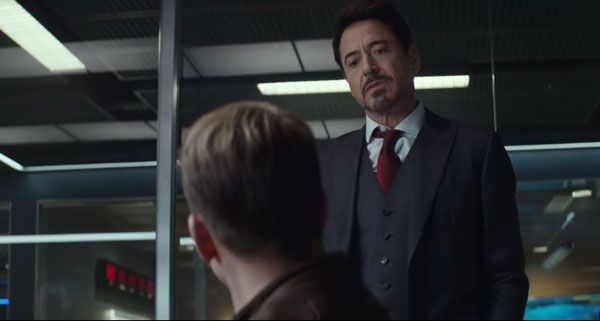 In many ways, Stark had more action in this film than Rogers. We see him doing what he thinks is right, despite the pressure from Steve. As always, Downey dominates.

Sebastian Stan is back as Bucky, and he does a fine job. This is realy where “Bucky” and not “Winter Soldier” returns.

Chadwick Boseman did not impress me with his role as Thoth (my favorite Egyptian God). However, I am quite happy to say that he NAILED T’Challa! Black Panther was awesome.

Nearly stealing the movie was Paul Rudd as gi-ANT-MAN! Seriously, how awesome was this?? Tough to beat.

But this glorious son-of-a-bitch beat it! Tom Hollan, in no time at all, staked his claim as the best Spider-Man. Seriously. He did. He has the humor. He has the suit. None of the other iterations had all these pieces in place. A huge part of it is his age. Holland is young. Spider-Man is young. A 30 year old should not be playing 15 year old Peter Parker. May Holland reign for years!

This was an astonishing film. Spider-man and Giant Man were great treats. Black Panther was unveiled perfectly. Iron Man and Cap had a believable disagreement. The twist at the end was really powerful. This is one of the best Marvel films to date…and that is saying something.