Ah, the weekend. This was a time to finish up several series in progress, mostly a continuation from last week.

The Crown – A fantastic last few episodes. John Lithgow as Churchill, particularly in the resignation episode was fantastic. This show is the real deal. This is a fascinating look at the life of the Windsors. Bring on season two!

House of Cards – Wow. This season ended perfectly. As the Underwood campaign marches forward, the media net closes around them as Hammerschmidt’s team digs for the truth. The best thing about this season, it doesn’t really end. The scandal of how Underwood came into power is only now being revealed. Season five is going to be epic.

Miss Fisher’s Murder Mysteries – “Murder & The Maiden”. Miss Fisher investigates a murder on an Australian air base. She flirts with Inspector Jack, finds clues, and solves the murder. Every episode of this is pretty much the same (save the season 1 finale). I think I will leave this, AWESOME, show off the list from now on. I am not sure how many reviews I can write for this. heh. 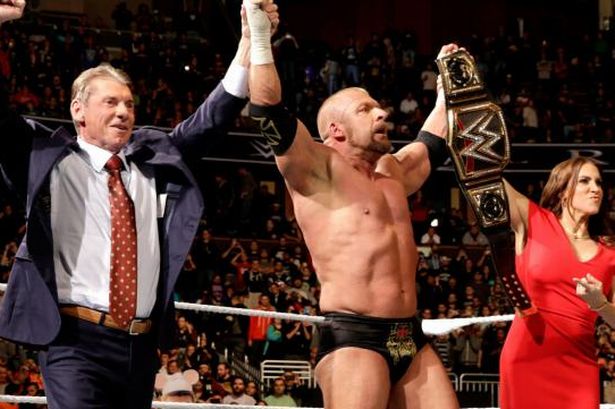 Royal Rumble 2016 – As Royal Rumble 2017 is fast approached, a viewing of last year’s rumble was warranted. I didn’t watch the whole show, just the 30 man rumble. It was a great match. The hated Roman Reigns loses his title to HHH, my favorite wrestler. The entire thing was very well crafted, with the exception of Reigns. 2017 marks the 3rd year of WWE really pushing this guy to be the “top guy”. Little kids might like him, but the fans don’t want this. HHH saved the day, for me at least.

Red Dwarf XI – Ah, season XI is finished.The final two episodes were awesome. “Krysis” deals with Kryten going through a mid life crisis, which is hilarious for a robot as instead of a buying a car he tricks HIMSELF out in sports car red. “Can of worms” deals with Cat, being self-conscious over being a virgin, has sex with, and is  impregnated by, a Polymorph monster. He gets protective of his babies as they threaten the Red Dwarf. Neither hit the hilarity of “Officer Rimmer” but that is tough to beat.