The 442nd film I have seen in theaters…

The Guardians of the Galaxy are pulled into a plot to destroy the Universe as a planet of hyper evolved aliens want them dead. The sub plots are pretty good too. They took the time to develop some character evolution for several members of the team.

Chris Pratt continues to charm as Peter Quill: Star-Lord. In this film, he meets his alien father and is forced to make some important examinations of who he is, and what he wants in life. Pratt did good.

Zoe Saldana returns as Gamora. I will combine my examination of her with the next character.

We see the return of Karen Gillan as Gamora’s sister- Nebula. One of the main sub-plots of the film centers around the strained relationship between these two. While Gamora had some development with the “Sam and Diane” romance she has with Quill, this story resonated more with me. I like where these two characters are by the end of the film. It has tremendous promise for Avengers 3.

Dave Bautista. This guy steals the movie. I love Drax. Nothing more to say really. He is awesome.

Vin Diesel returns as the voice of Baby Groot- the most adorable fucking thing in the history of cinema. They pressed a little too much on Groot in the film, but I did not mind too much. His post-credits scene was perfect.

Bradley Cooper is back as Rocket Racoon. As before, he nails the part. There is not much going on with Rocket in this one. He plays his role, as does Groot, but the plot is more concerned with other characters.

Kurt Russell is Ego: The Living Planet, Peter’s father. Yes, they kept him as a planet which makes me very happy. The primary antagonist of the film. Great work in the early scenes de-ageing him back to 1980’s Kurt Russell. Impressive. 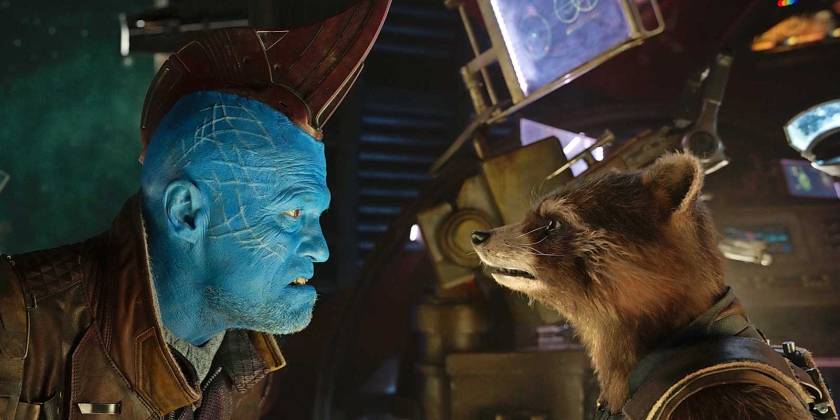 Michael Rooker, an actor I am SO FRIGGIN happy to see making it big, returns as Yondu. As in the first, Rooker delivers a perfect performance. His interplay with Rocket was a delight. His role in the end of the film packed quite the punch. Great work. 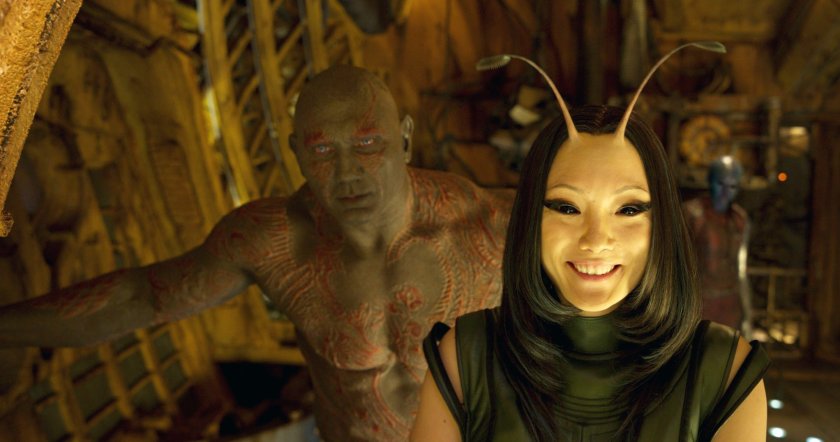 Joining the cast is Pom Klementieff as Mantis, an empathic alien living on Ego’s planet. Her character is primarily paired with Drax, and the two play off each other quite well.

Joining the team, in a much expanded role, is Sean Gunn as Kraglin, one of Yondu’s Ravagers. His part in the post credits was phenomenal. Speaking of Ravagers…

While not appearing in the costume, Sylvester Stallone has joined the MCU as Starhawk! His post credits scene has a lot of potential.

Elizabeth Debicki is Ayesha, leader of the “Sovereign”. She plays an important role in the future of this series, particularly in the credits scene where she reveals her creation- the future evolution of her race. A new being she calls…Adam.

The original film was lightning in a bottle. You cannot recapture that moment. This does very well though. The various Easter eggs strewn throughout the film were a joy to the long time fans. The newcomers loved the humor and strong characters. The colors of this film are astounding. I love that they embrace the rainbow pallet of the comic world. Also, Stan Lee is TOTALLY Uatu. I can’t wait for the next ride with these characters!