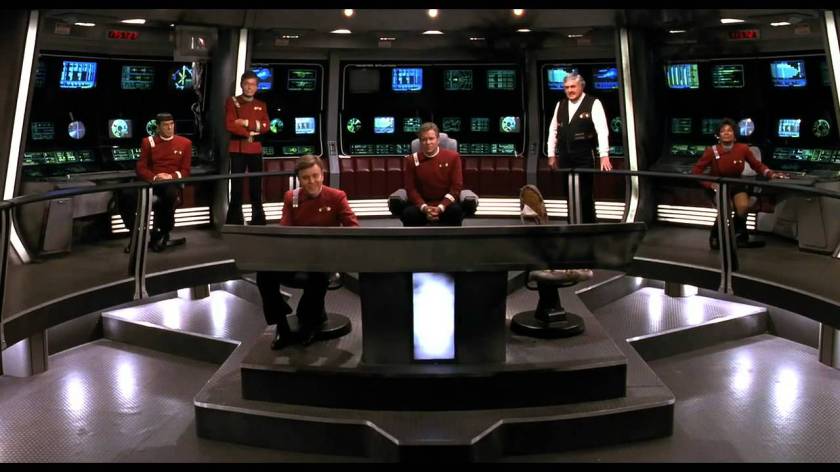 The 6th film I have seen in theaters… 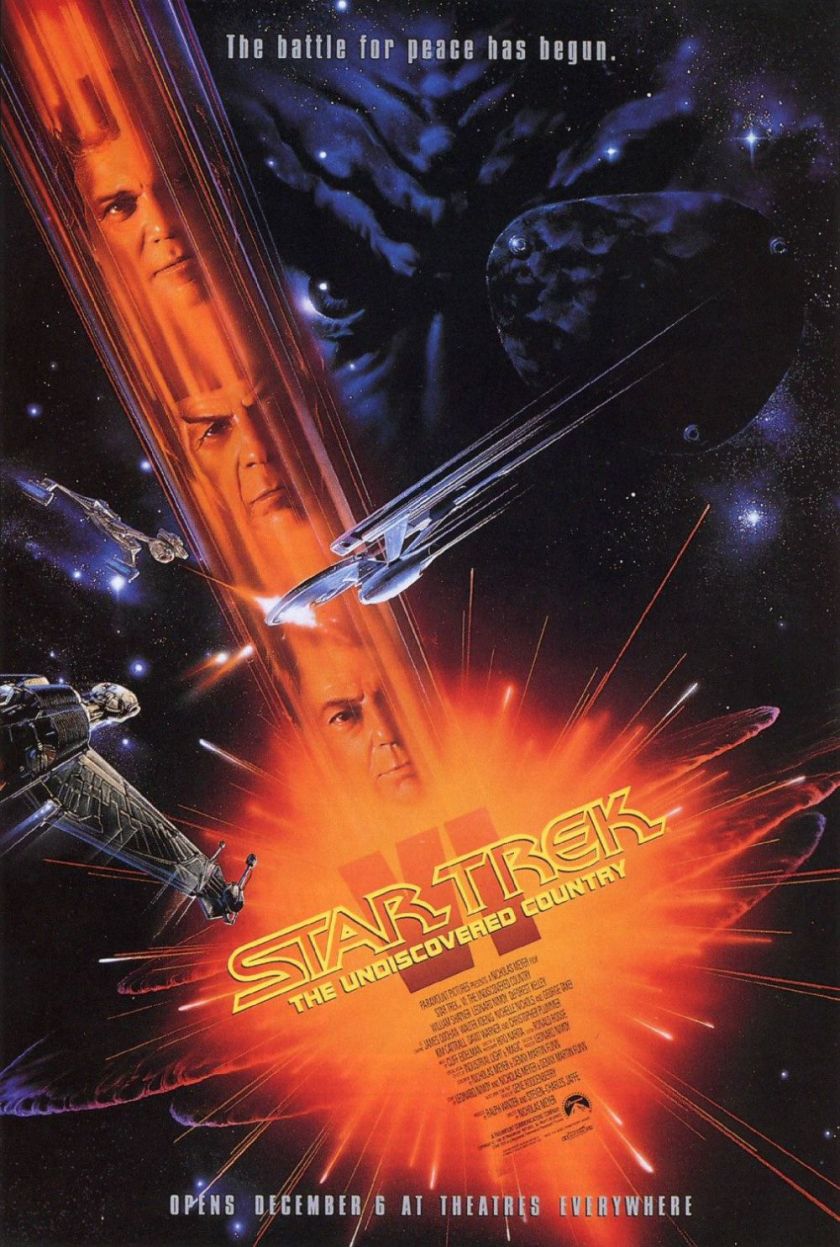 The final adventure of the crew of the USS Enterprise!

The crew of the USS Enterprise is preparing to retire from active duty after decades in space. An explosion on a Klingon moon opens up an opportunity for there to finally be peace between the Klingon Empire and the Federation. Powerful factions within both conspire to destroy the peace as the Enterprise is sent on one final mission to open Peace negotiations by picking up the leader of the Klingons- Chancellor Gorkon. Things go south when someone from the Enterprise assassinates Gorkon. Kirk and McCoy try to help, but are arrested and charged with the murder. Spock tries to clear their names, find the real assassins  and undercover the conspiracy before any chance of peace is destroyed forever. 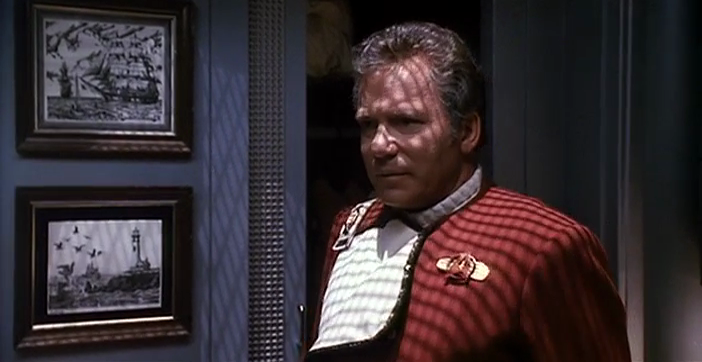 William Shatner delivers his final (starring) performance as James Kirk. This film allowed Shatner to explore a different side to the character, an uglier side. After 30 years of fighting Klingons, having them kill his son, Kirk is initially against the peace movement. His hatred of them runs very deep. Kirk overcoming these emotions and embracing change was a powerful moment for the character. Shatner would reprise Kirk once more on screen, and further develop things in a series of novels. He is still active to this day (2017) and has a new book coming about about horses.

Leonard Nimoy begins the transition from Captain Spock to Ambassador Spock as he brokers the peace deal with the Klingons. Spock gets to display some Sherlock Holmes behavior as he tracks down the assassins of Gorkon. His mentor role to Lt Valeris also allows Spock to “pass the baton”. Nimoy passed away in 2015. He played Spock right up to the end in the new series, and was a wonderful photographer.

I don’t know why, but I love McCoy in this film. The guy just wants to retire. He’s never liked space adventures. To find himself thrown into a Klingon prison brings out some remarkable sarcasm. Deforest Kelley brought a lot to this role, his final appearance as the character, and his last onscreen work anywhere. He died in 1999. 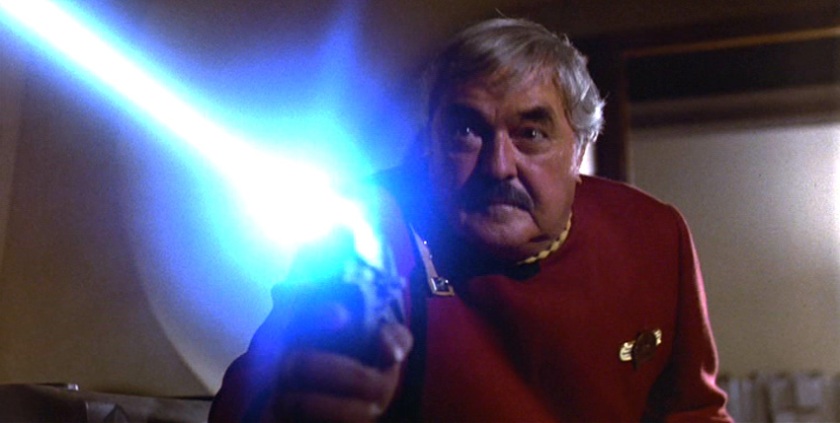 James Doohan is back as Mr Scott, playing his part in finding the conspirators and even getting to shoot the assassin at the end! He would play Scotty several times in video games, commericals, The next generation, and other places. He passed in 2005.

George Takei has a very small role in this film, but it is okay. He is now CAPTAIN Sulu of the USS Excelsior! This was something that made Takei incredible proud. What can be said of Takei? He is still around and has somehow become an internet darling. His social media activity is a textbook of how to build your brand online. He is acting to this day, performing on stage and taking small parts where he can. 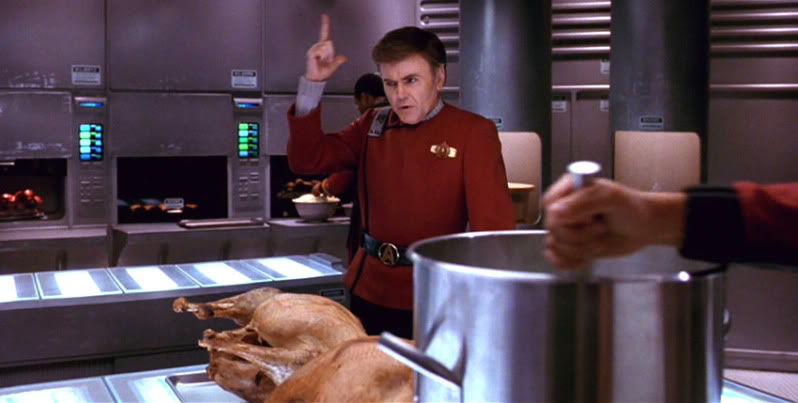 Walter Koenig shines here as Chekov does some serious sleuthing to find the killers. Koenig chews up the scenery and gets a chance to really shine. He is still acting, notably in the 90’s on Babylon 5. He continues to love comic books, and appearing at conventions. I once had a good discussion with him about The Flash.

Nichelle Nichols has one of the funniest roles in the film as she tries to communicate in Klingon as the Enterprise sneaks into their territory. Now… her character is supposed to be a master linguist, so it was a strange choice, but I laughed. She has slowed down a bit recently after a stroke, but has still been taking small roles. 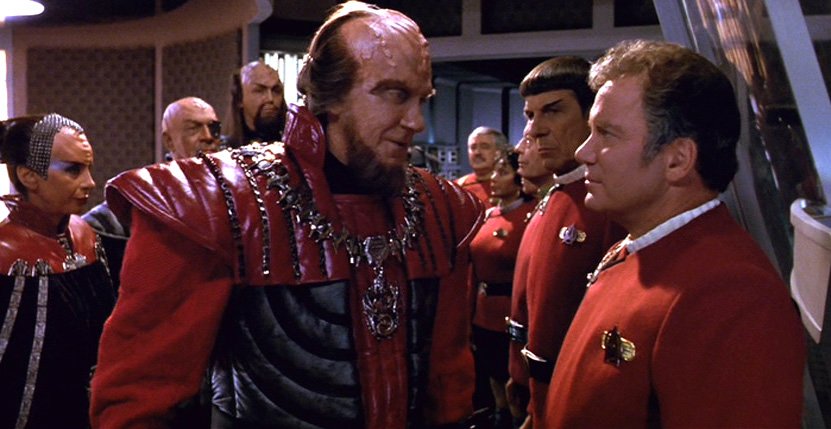 David Warner, the legend, is Gorkon. Look at that Abe Lincoln beard! he is awesome in everything. He is slowing down with age, but is still performing. 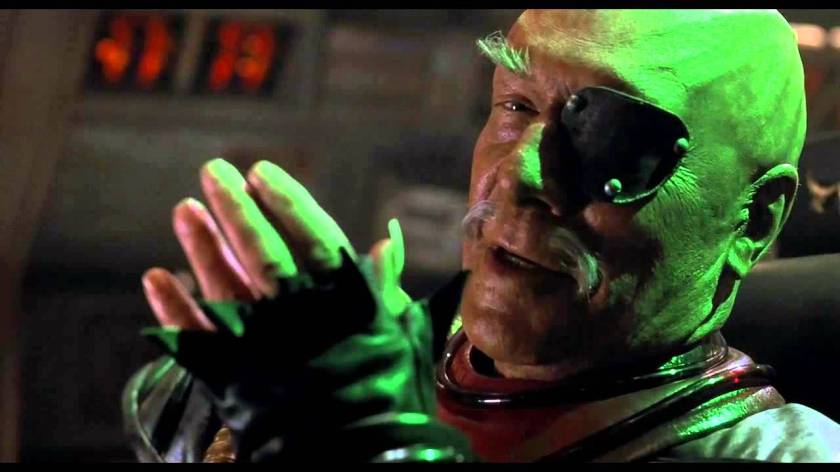 Christopher Plummer chews up the scene with relish as Chang, the evil Klingon General. An old pal of Shatner, he seems to have enjoyed the role. He is still going strong, turning in great performances. 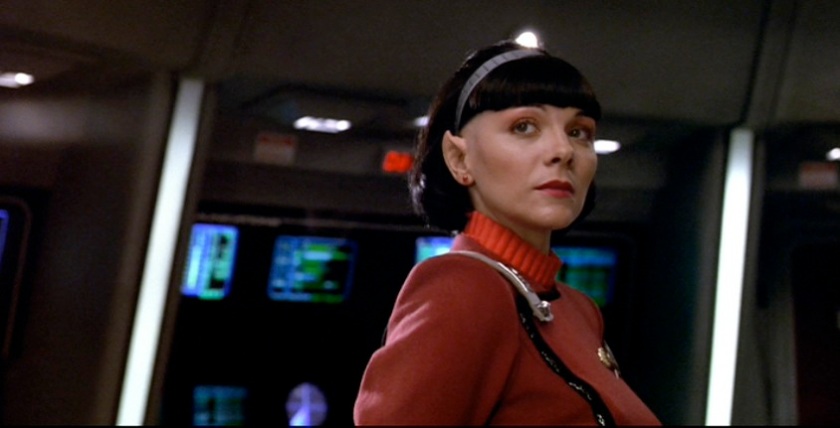 Kim Catrall plays the sexiest Vulcan to ever live…until T’Pol. She is Spock’s protégé Valeris. She is also one of the conspirators. Her “mind-meld” interrogation scene with Spock is one of the best mind rapes ever put to film. Probably one of the few mind rape scenes. lol. This was originally supposed to be Saavik, not Valeris. I am a little sad at the change. It would have been far more powerful to have Kirstie Alley or Robin Curtis reprise the role. 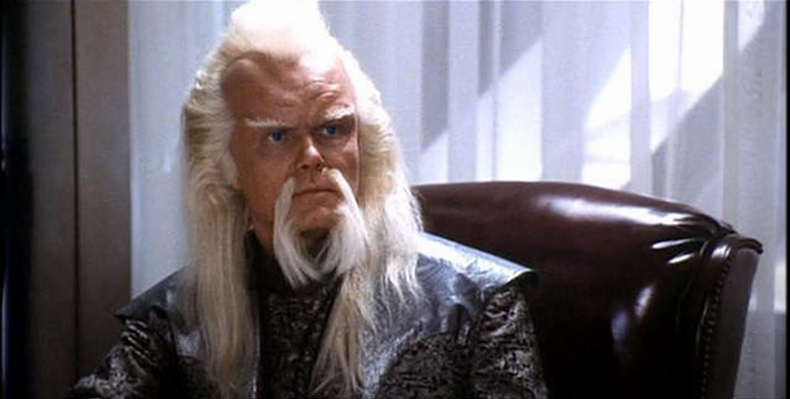 Kurtwood Smith is here as the Federation President. Why he has a Fu Manchu mustache and that insane mane of hair is beyond me. He would go on to star in That 70’s show, and just be a generally awesome actor, also still around.

Well then. Model Iman is Martia, the shape shifting sexy alien that Kirk tries to romance, and then fights on the Klingon prison world. She was a very active model, and made a few tv an film appearances. Aside from her charitable work, she was married to the late David Bowie for 24 years, until his death.

This film was a big moment for me. My first memory is of Kirk fighting the Gorn in “Arena”. I can still remember pressing my nose against the screen to get a closer look, not understanding how the color pixels on those old TVs worked. I can still feel the static on my nose. This was my first Trek film in the theater, and it was the last for my favorite characters. It was a great finale for this crew. Six films was a good run. 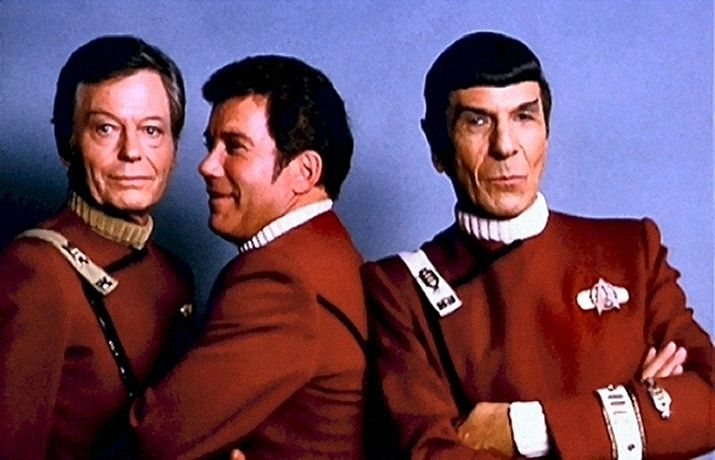