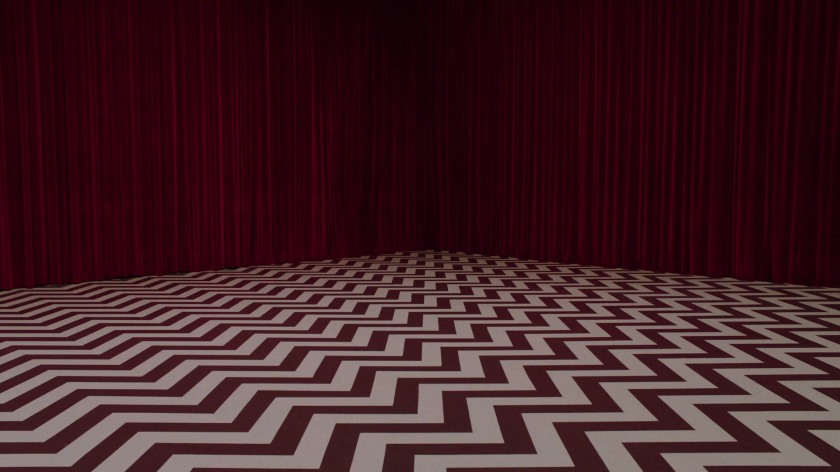 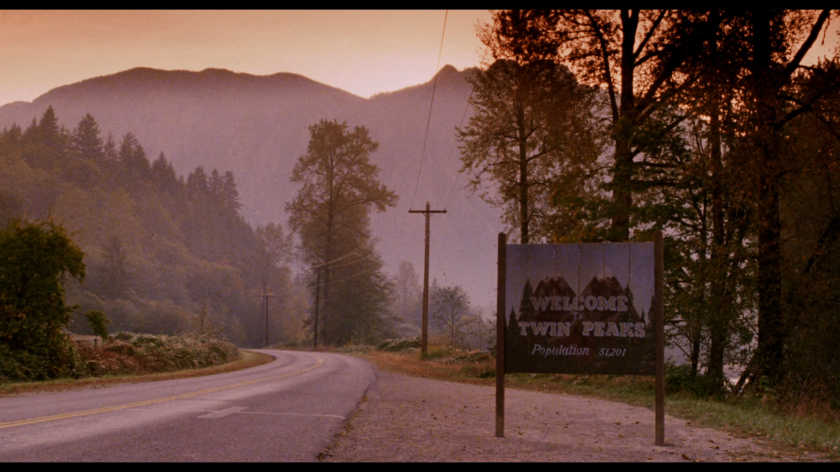 The Stars turn and a time presents itself 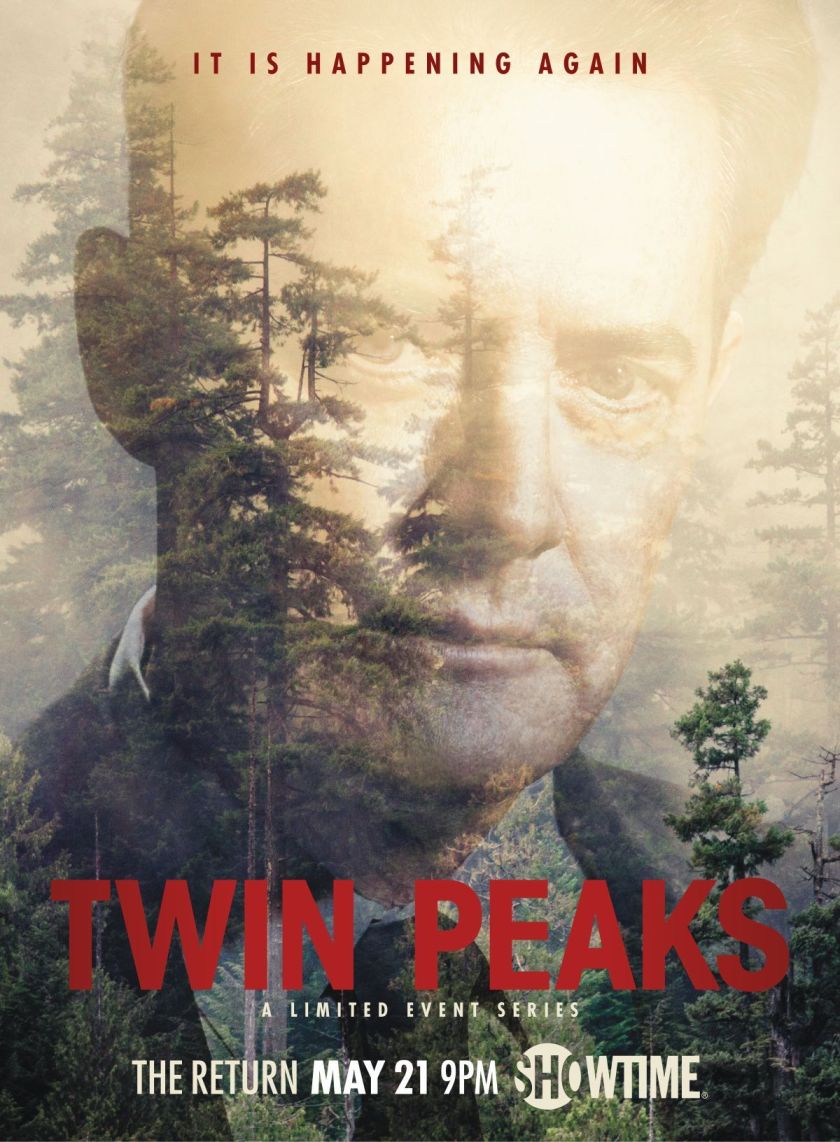 This blog is called “The Skinny” because I like to give short, 2 or 3 sentence, reviews on the various aspects of a show. This is almost impossible with Twin Peaks, but I will try. I remember when this show first ran in the early 90’s. I was 11, WAY too young to be watching, but my parents were permissive. I remember being interested in the main story, but missed much of the nuance. I most remember the insane “Black Lodge” sequences. We taped all of the episodes, so I was able to watch them again at any time (we used to tape a lot of TV back then, hundreds of VHS!). I revisited it about 3 or 4 years later when I was 15-16. Age opened a lot to me, and I was hooked. I probably watched that series 4 or 5 times through in my teen years, loving David Lynch and discovering his films at the same time.

Flash back a few years and David Lynch makes this tweet:

I came incredibly close to shitting my pants. The show was coming back, 25 years later no less! There was some worries that Lynch would leave the show over a budget dispute, but Showtime gave in. The show has been made, on Lynch’s terms. I rewatched the original show 2 more times after the announcement, and even gave Fire Walk with me a viewing. I was ready. Sunday night brought the premiere of the first two chapters, let’s dive back in, shall we?

Ha! Well, this new series is essentially an 18 hour movie divided into 18 chunks. The entire plot has not been revealed yet! I shall do my best.

We begin with a scene from the original show, Laura telling Cooper they will meet again in 25 years. Cue opening credit sequence, which was awesome. I love that they incorporated the red room. So, we have a cryptic scene with Cooper and the Giant. We then go to a scientific experiment in New York involving a man watching a giant glass box. He is waiting for something to appear. he has a thing for a barista who brings him some coffee in the “box room”. They start having sex and a monster plucked from your deepest nightmares emerges and eats them. My description does not do it justice. Lynch builds the suspense in such a way that this is the scariest fucking thing ever put on television.

Back in Twin Peaks, Dr Jacoby gets a shipment of shovels delivered to his house. We do not yet know what they are for. Deputy Hawk gets a message from the Log lady that he needs to find something that is missing. It involves Dale Cooper (who has been missing for 25 years) and his heritage. No answers on this yet. We get a quick update on Ben and Jerry Horn (which also seems connected to nothing) before being thrust into a new murder mystery. A body is found in a woman’s apartment. Her head is found on the bed, but the body next to it is not hers, but a man’s. He is headless. The local Principal is implicated in the crime and is arrested. We discover that Cooper’s Doppleganger, which may or may not be inhabited by Bob, is involved. In true Twin Peaks fashion, everyone has an agenda or secret. The Principal was sleeping with his secretary, and may or may not have been influenced by Bob to do the killing. We don’t have the full story yet, but we know the Coople-ganger was involved. The Principal’s wife, who was cheating on him with their lawyer, George, is murdered by “Cooper” with George’s gun. It is not even remotely revealed what all that was about, but as it is the central murder of the season, I expect it to come back.

Fake Cooper has apparently been running around the past 25 years as something of a criminal, killing people, pulling off heists, that sort of stuff. The full extent in not known, but it seems that He knows he will be returned to the Black Lodge, and has made plans to avoid that fate and stay in the real world. Cooper, still in the Lodge, has some cryptic interactions with Laura and Leland Palmer, and is told it is time for him to leave. He meets Mike, the one armed man, as well as the “arm”, formerly played by Michael Anderson, now played by a giant tree with some sort of brain head. As Cooper tries to leave, Mike realizes that something is wrong. The Doppleganger of the arm, now also a tree, but with a yellowish rotten brain head, blocks Cooper’s path and sends him into some sort of Fissure in the room, blasting him across dimensions. Cooper finds himself in the Glass box, from the start of chapter one, and is sucked back into the chaos between worlds. Fake Cooper finds out two of his underlings have taken on a job to kill him. He gets some information from one of them- Daria, before murdering her in a hotel room. The other is in Federal prison and he has information “Cooper” needs. Back at the RR bar, Shelly makes a comment on how cool James is and the band plays us into the credits.

I tell ya, this was neither “skinny” nor coherent. Its going to be a long 15 weeks!

There is no way in hell I can go into the full cast of this show. It has over 200 actors. I will comment on those that made an impact in the story this week.

Carel Struycken returns as ????????, known to use as the giant. This guy has a history of appearing in the real world as other characters, so I would not be surprised if we have already seen him in disguise, or will soon be seeing him.

The two lovers who get eaten by the box monster. She was the little girl in “The Nanny”. Let’s just say that she has really grown up. They seem to have existed just to be eaten, I am not sure if they will have future significance in the show.

Catherine Coulson, shortly before her death, filmed her scenes as Margaret the log lady. her log passes on some information to move the plot along. I hope she appears again, but I don’t think her health allowed a larger role. Her acting here was so emotional. She was almost in tears. Great performance. RIP.

Michael Horse returns as Deputy Hawk, and Hary Goaz and Kimmy Robertson return as Andy and Lucy. No sign of Sherriff Truman, but it appears that there are two of them. The “Secret history” novel that came out last year mentioned another Truman brother. It appears that Robert Forster will be playing the new brother, not a recasting of Harry. A good thing.

Ah, “Cooper”. Kyle McLachlan gets a chance to play dual roles in this new series. Real Cooper and “dopple”-Cooper. This new Cooper is not the wild eyed maniac we saw 25 years ago, but a cold calculating monster that has obviously been getting a lot of Garmonbozia. (google it). 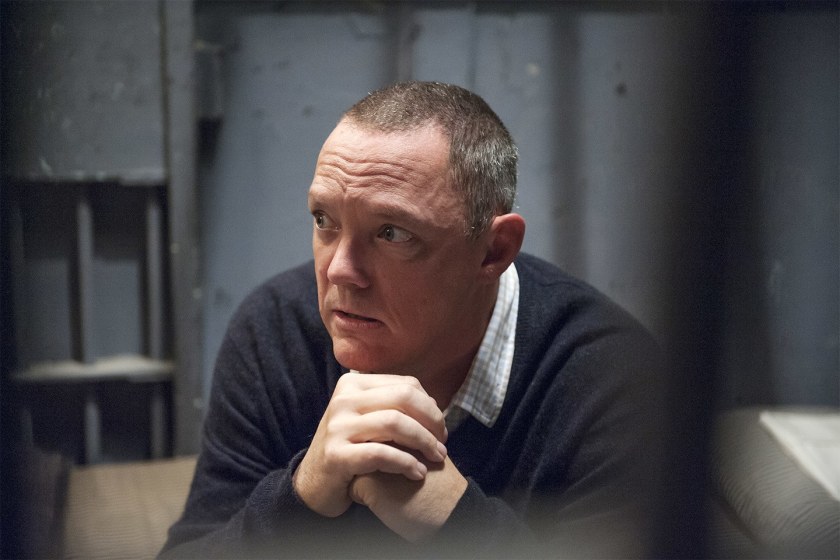 Matthew Lillard is the School Principal who is accused of the weird switching heads murders. This was a fine bit of casting. I look forward to seeing where his story is heading, and the full extent of Bob’s involvement. 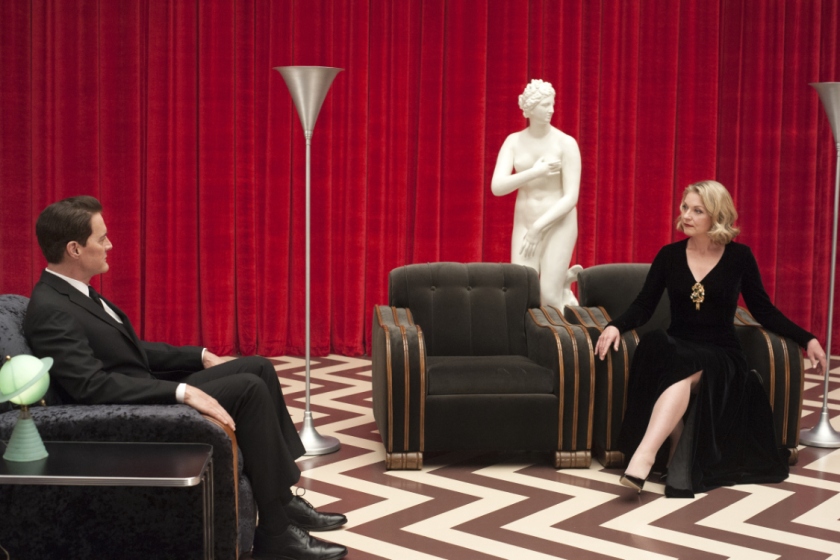 Sheryl Lee returns for this new scene, largely a revisit of some stuff from the original show. She has her trademarked psychopathic scene with lots of screaming which makes everyone in the house ask “What the hell are you watching”.

Behold. The evolution of the arm. Note to actors- Don’t be too pushy when asking for more money. Directors can now replace you with demon shrubbery.

Nicole Laliberte plays Darya, the underwear clad, sexy hit lady, who Cooper must dispatch. This show has had two drop dead gorgeous naked women who have both been made drop-dead. lol. It was a brutal scene, which really helped flesh out “Cooper” though. This is what “Cooper” wants. What the hell is it? I have no idea. 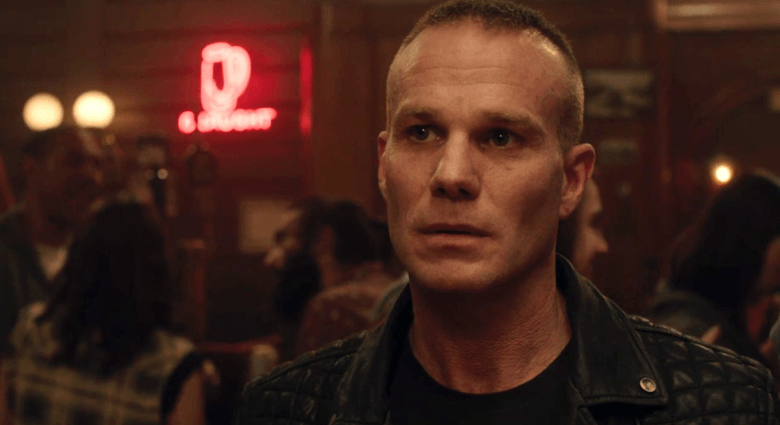 James Marshall returns as James, who Lynch seems to think is cool, has always been cool. Note to everyone: James was not very cool. lol. Never was.

How do you break this down? It was amazing. It was not what I was expecting, yet was EXACTLY what I was expecting. David Lynch may have actually made a superior product with the new Twin Peaks. He has 25 more years of experience which he has brought together to make what may be remembered as his masterpiece.

Episodes 3 and 4 are already available on demand, but will be airing later tonight. I will follow up with a recap of those and will have a new article every Sunday/Monday to break it down for you.