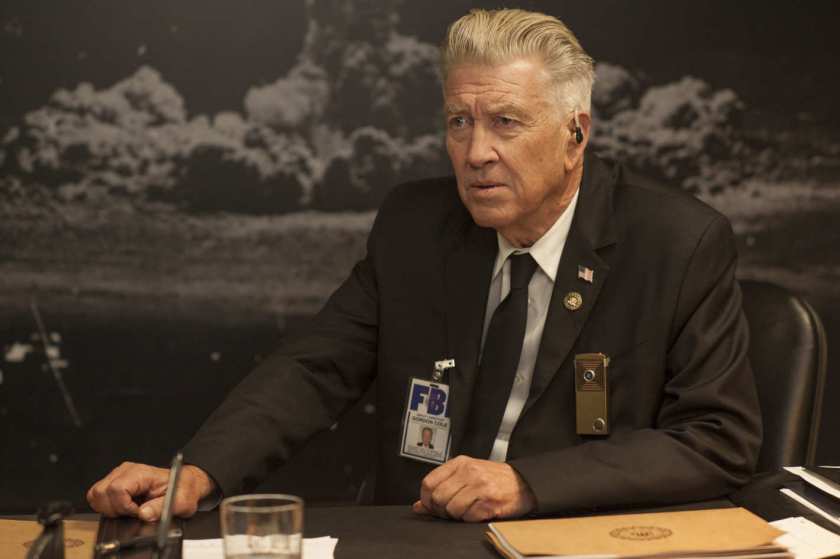 …brings back some memories

These two episodes center around Dale Cooper and “Dale Cooper”, with a little Dougie Jones thrown in for good measure. Dale has been trapped in the black lodge for 25 years as “Dale” has been running around the real world causing all sorts of mayhem. There appears to be a time limit to how long “Dale” can be out of the lodge. When the appointed time comes, “Dale” is to feel queasy and begin to vomit Garmonbozia (the puke-like concentration of sorrow which black lodge denizens eat). At this time, “Dale” is to be pulled back and Dale Cooper is to be returned, but “Dale” has a plan.

Using methods as of yet unknown, “Dale” has manufactured a doppleganger of himself. He is named Dougie Jones. When the time comes for “Dale” to go back to the lodge, Dougie is taken instead. Agent Cooper appears where Dougie was, but is disoriented. Dale seems to be in some sort of fugue state, only repeating what others tell him, wandering aimlessly, and hilariously, through interactions with Dougie’s prostitute, Jade. He avoids assassins, yes- Dougie Jones is a marked man. lol. I suspect that the assassins were sent by “Dale” to kill Dale upon his return. Cooper then finds his way into a casino where he wins EVERY DAMN MACHINE HE PLAYS. An image of the red room hovers over each slot machine, causing him to win hundreds of thousands of dollars. Dale wanders his way to Dougie’s house where he meets his wife and son, their manufactured state is unknown at this time. Due to the propsensity of “Sonny-Jim”, the boy, to give thumbs up, I suspect he is the giant in disguise. Dale takes a drink of coffee and may, or may not, have regained his memories.

“Dale” has a Garmonbozia vomiting scene and crashes his car. The cops find him, discover lots of drugs and guns in the back seat, and take him to prison. It looks to be the same prison his would be assassin, Ray, is being held. While “Dale” is there, word of his appearance has made its way back to FBI officer Gordon Cole. After conferring with his boss, Denise Bryson, Gordon, returning Albert, and newcomer Tamara make their way out west to the prison to meet “Coop”. They realize that something is wrong, but I am not sure if they understand the full scope of it. There has always been a hint that they knew more than they were letting on. Albert was present at the death of Leland Palmer, so he may figure it out first.

We get a few more glimpses of life in Twin Peaks as Hawk continues his investigation of the leads given to them by the log lady. We discover that Bobby Riggs is now a Deputy at the station, getting emotional at the sight of his old girlfriend’s photo (Laura). Sherriff Truman (The original’s brother, Harry is sick apparently) returns from his fishing trip causing Lucy to have some kind of breakdown. For reasons unexplained, and probably remaining so, Lucy cannot seem to understand modern technology. Cell phones confuse her. After the very strange appearance of Her and Andy’s son- Brando, played by Michael Cera, one thing is apparent: Dick Tremayne is the father. lol. 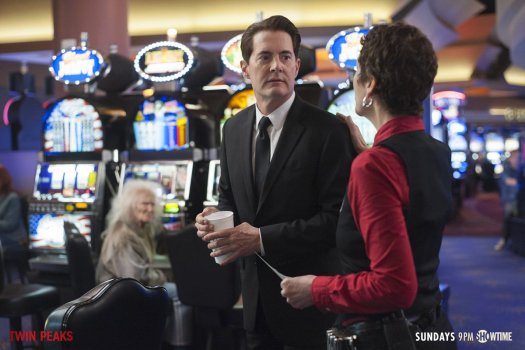 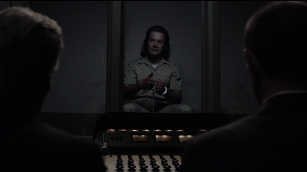 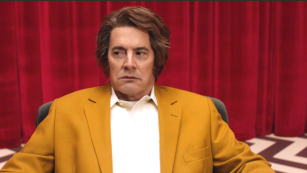 These episodes were the Kyle McLachlan show, all the way. He pulls off the triple threat of Dale, “Dale”, and Dougie; each a character in their own right. His bumbling semi-catatonic Dale Cooper in the “Mr jackpots” scenes was hilarious. 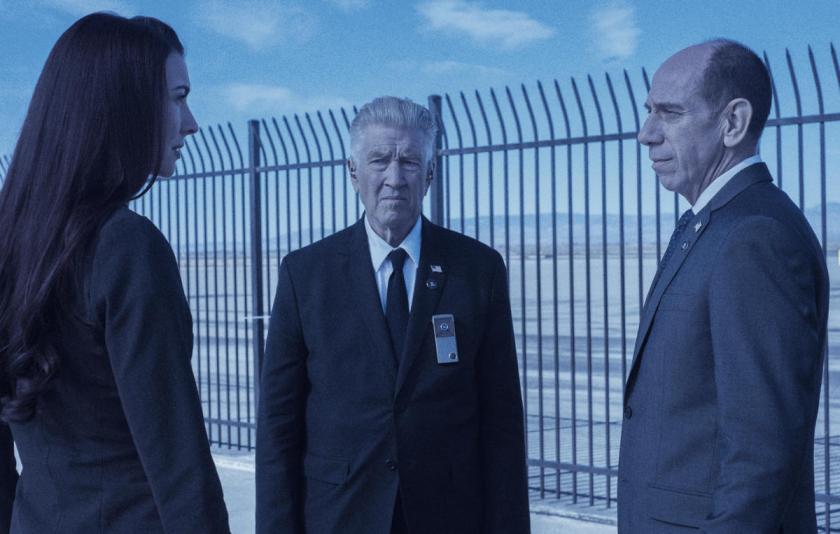 Chrysta Bell, my new obsession, plays Agent Tamara Preston. I know her character from the “Secret History of Twin Peaks” novel. She has not done much in the story other then melt my loins. Her music melts my soul, check it out. http://chrystabell.com/. The Late Miguel Ferrer appears here as Albert Rosenfeld, with the same level of sarcasm which made him a hit 25 years ago. of course, Lynch himself plays Gordon Cole, hearing technology only slightly better than it was in the first series. 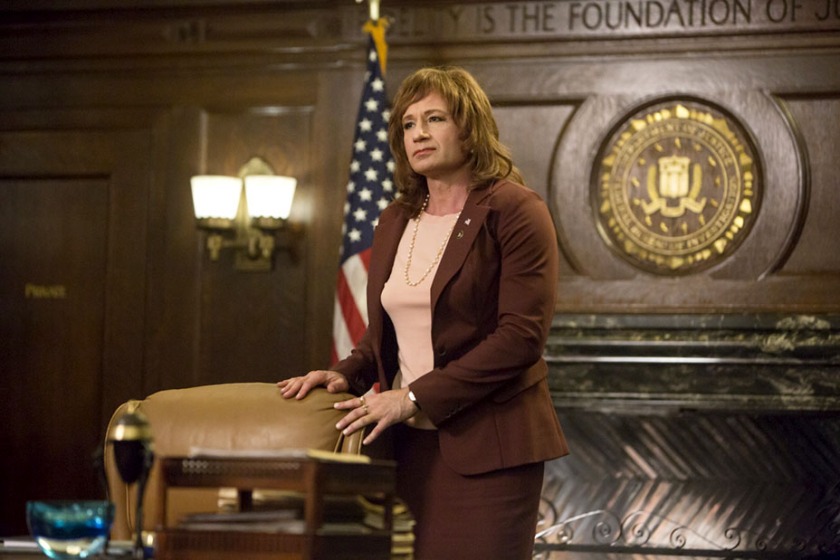 David Duchovny is back as Denise Bryson! ’nuff said.

Robert Forster emerges from his fishing trip to play Sherriff Truman, the brother of the original Sherriff, portrayed by the missed Michael Ontkean. He is the strong silent type so far, reacting more than acting. 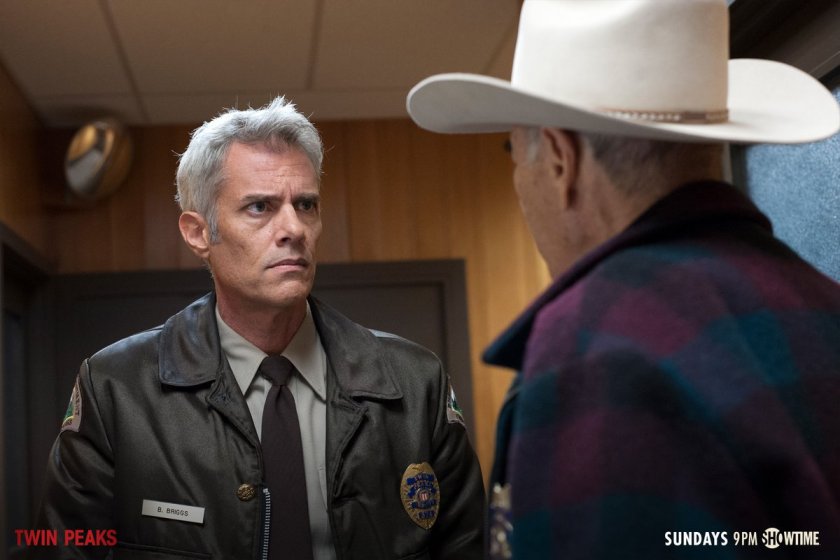 Dana Ashbrook is back as Bobby. I like that Bobby cleaned up and became a cop. he only had a short part in this, but it was an important one. His breakdown upon seeing a photo of Laura Palmer brings us right back to the central saga of the original show. 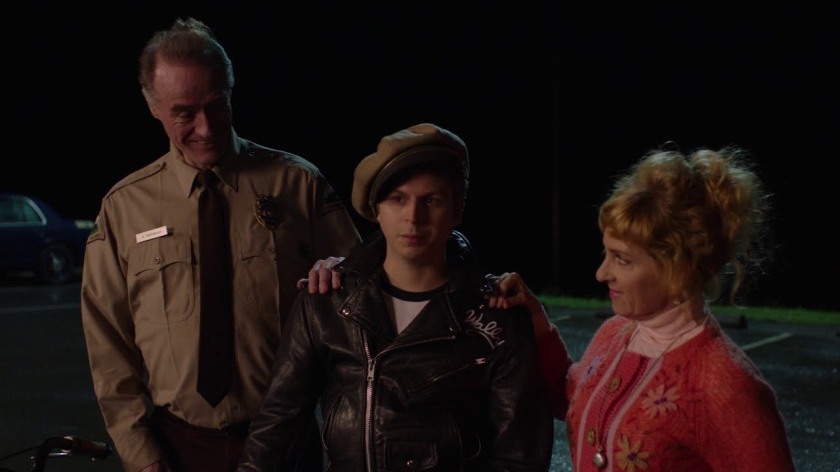 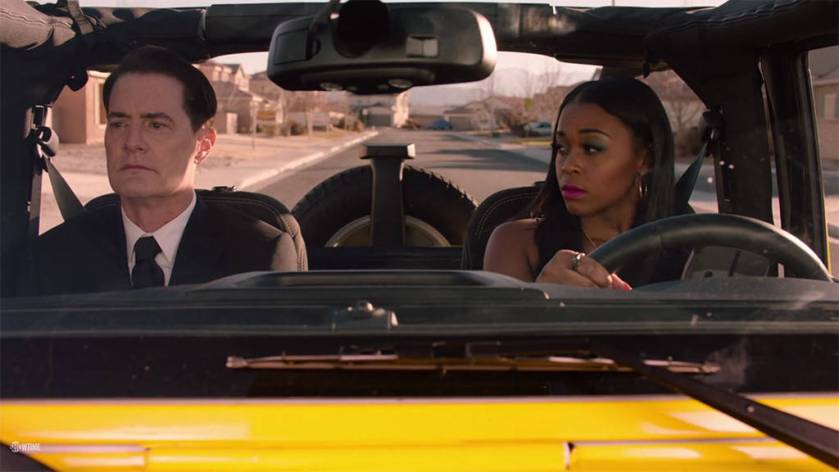 Nafessa Williams plays Jade the hooker, who may be the only “normal” person in this damn show. She is seemingly the only person to realize something is “off” about Dougie and get the hell out of town. lol. 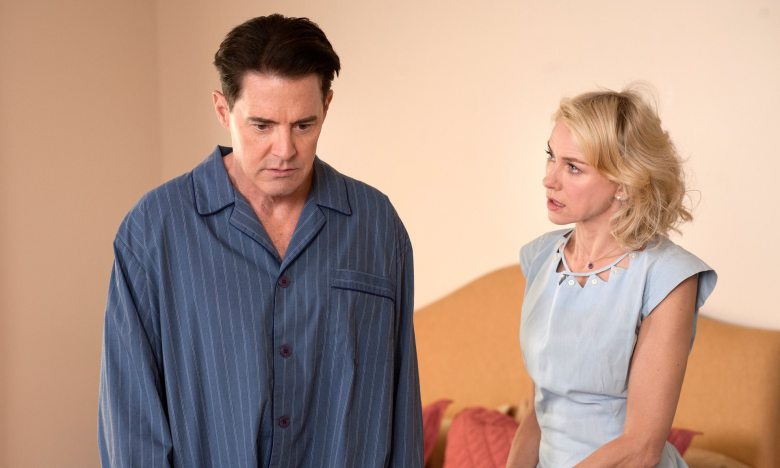 Rounding out the episode is Naomi Watts as Janey-E, the wife of Dougie jones. It has been a while since I’ve seen her, and I am always shocked by how damn good she is. What an actress.

These two episode were INCREDIBLY strong. Any doubt that Lynch could recapture the lightning of the original show has been washed away. Strong performances, outstanding direction, awesome writing, every aspect of this show is top shelf. This show has joined the ranks of the very few modern programs that are MUST-SEE. 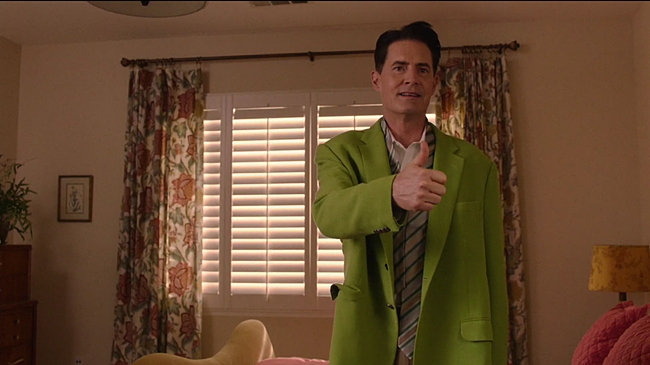