The story is beginning to come together. Cooper/Dougie goes to work and certain words and actions are triggering memories of his former life. Coffee, the word Agent, case files. Cooper is in there, knows something is wrong, but cannot fix it. It is a remarkable bit of acting. 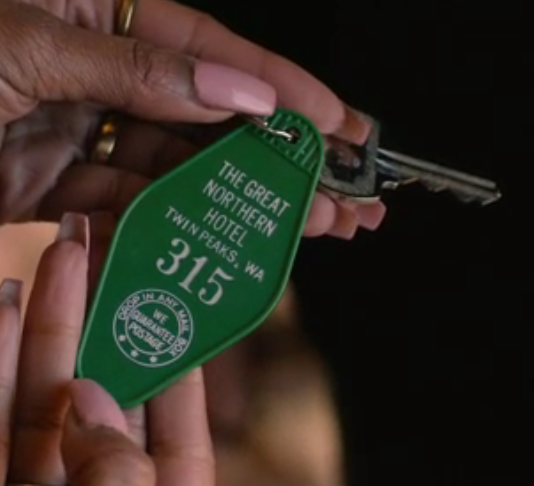 The key makes an appearance this week as Jade finds it, and deposits it into the mail. Presumably this will work its way back to the Great Northern and play an important role in the story.

“Cooper” is still in prison, and works some phone magic to cause a commotion at the jail. He also unnerves the Warden with the name “Mr Strawberry”. I have no idea what is going on there. 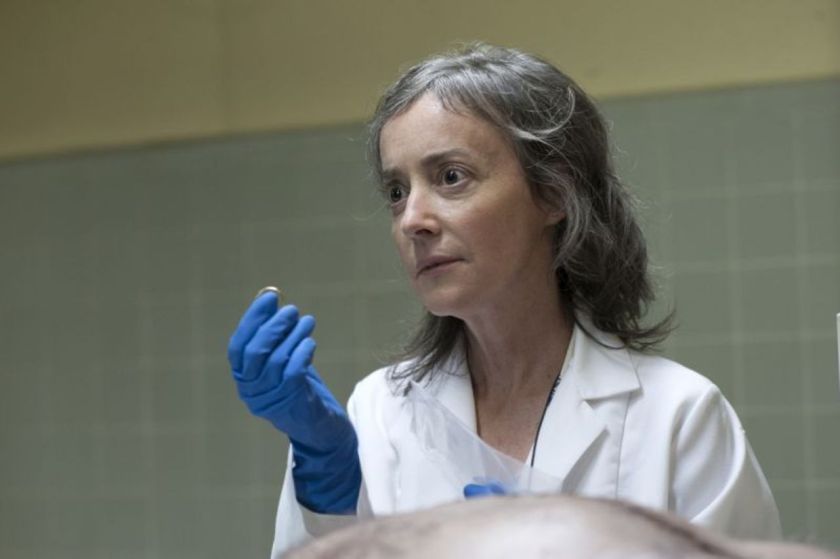 Back in Dakota, we discover the identity of the male corpse- General Briggs! How is this possible, and how did a ring belonging to Naomi Watts end up in his stomach?

We meet some new and familiar characters in Twin Peaks and Dr Jacoby’s golden shovels purpose is revealed! 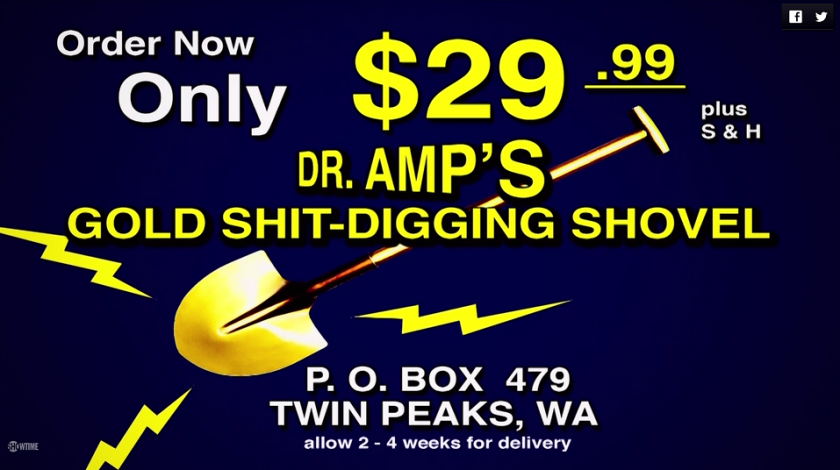 Dig yourself out of shit! OMG.

As a few girls at the bar are having fun, a dangerous dude grabs one of them by the throat and talks about how he is going to assault her. It seemed a random bit of nonsense until the credits ran, and we realize this guy is a Horne. Audrey’s son? Could this be the bastard spawn of evil Coop?!! 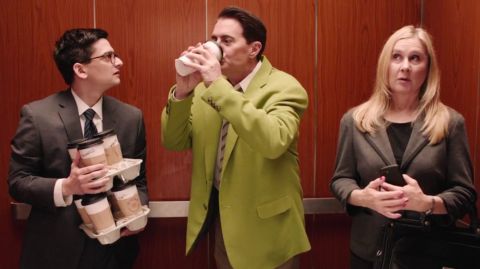 McLachlan’s “Dougie/Cooper” continues his bumbling baby-like travels through Nevada, this time going to work. Cooper’s love of coffee is apparent as he suckles on that coffee cup like a teat. Certain words and events occur that trigger memories in Cooper, but his mind can not make sense of what it all means. A lot of this comes across as incredibly sad. That is McLachlan’s acting. Dougie was humorous in episodes 3 and 4. Now it has shifted into incredible sadness. The final scene during the credits is heart breaking.

We finally return to the RR where Shelly is still working for Norma. Even Heidi makes an appearance. We are introduced to Shelly’s daughter…

Amanda Seyfried is Becky, the daughter. The father is unknown at this point. Like her mother, Becky is in a dysfunctional relationship with a coked out loser. This particular scene, of the drugs kicking in, make me think that Becky may end up in the Laura Palmer role this time out.

James Belushi appears as some big shot at the casino. I think “Dougie” is in for a world of hurt in the near future.

Nadine settles in for some television. Her show?… 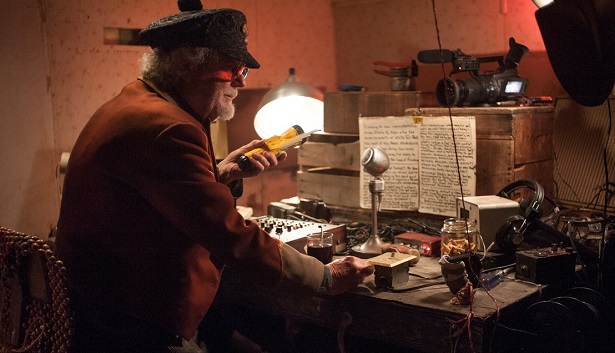 “Dr Amp”, a loony conspiracy theory radio/podcast show hosted by Dr Jacoby. The purpose of those shovels? To sell to suckers for 30 bucks a pop. The funniest moment on the show thus far.

Eamon Farren appears as Richard Horne. I am quite interested to know this maniac’s parentage. The role was played with pure menace. great casting.

Another stellar episode. Now that we are firmly out of the Black Lodge, the story is taking shape. We are spending more time in Twin Peaks and are getting introduced to the new generation, who seem to be in just as much trouble as their parents. I can’t help but feel that another “Laura Palmer” style murder is coming soon. I think Becky is the target, something about the way Lynch filmed the car scene reminded me of Laura in “Fire walk with me”. We will see.