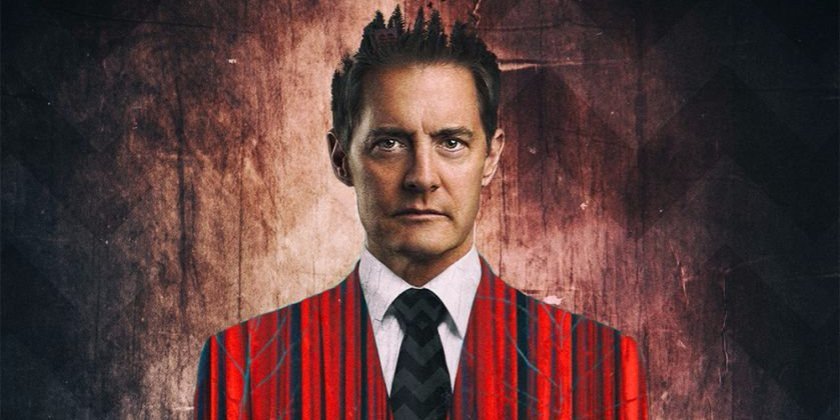 “Dougie” is returned home after the end of episode 5 and his story moves forward a bit as Janey-E, the wife, discovers that Dougie was sleeping with Jade, whom “Dougie” confirms getting two rides from. hehe. She gets a phone call from the bookies that Dougie owed money to. She has an amazing confrontation with them where she knocks the amount he owes down to 25K from 52K. This plot thread may or may not be finished.

“Dougie” gets some visions of Mike in the Black Lodge, who gives him some magical insights into the Insurance claim case files he has to complete for work. Upon presenting them, Dougie’s boss sees nothing but scribbles, until he looks closer. The scribbles and lines are actually connections of one of the insurance agents (Tom Sizemore) to two police officers. The implication is that the agent is committing insurance fraud, which was alluded to in Cooper’s “he’s lying” scene from the previous episode.

Richard Horne has a run in with a drug dealing magician, breifly scene at the roadhouse in the first episode. On his way back from being pushed around, he runs over a little boy at an intersection- the same intersections from “Fire Walk with me” in the scene where Mike screams at Leland and Laura. Harry Dean Stanton’s Carl, from the movie, witnesses it and sees the little boy’s spirit rise into the sky, presumably to be taken into the black lodge as the electrical crackle sound happens as the spirit disappears.

A hitman is given an assignment to take out the woman that failed in the “Dougie” hit in epsiode 5. He is a dwarf named Ike the Spike who kills with an ice pick. He gets the woman in a particularly brutal scene and sets his sights on “Dougie” next.

Hawk discovers the secret of the Log Lady’s message when an Indian head nickle falls out of his pocket in the men’s room. He picks it up and looks up to see the bathrool stall door, branded “Nez Pearce”, his Indian tribe, has some screws missing. He prys the cover off the door to discover some handwritten notes. These notes appear to be the missing pages of LAURA PALMER’S SECRET DIARY!!! These pages are about her visions of Dale Cooper in the Black Lodge from “Fire Walk with Me”. Very important to the ongoing story.

Also briefly appearing is our old friend Albert. He has gone to find the one woman that can makes sense of the “Cooper” situation. The woman is none other than…DIANE! YES! Diane is introduced to the show!

McLachlan continues to progress, albeit slowly, as Cooper navigates the life of Dougie Jones.

Harry Dean Stanton is a national treasure. The feeling this man can express with his face is something to behold. So powerful, even when he’s being funny. 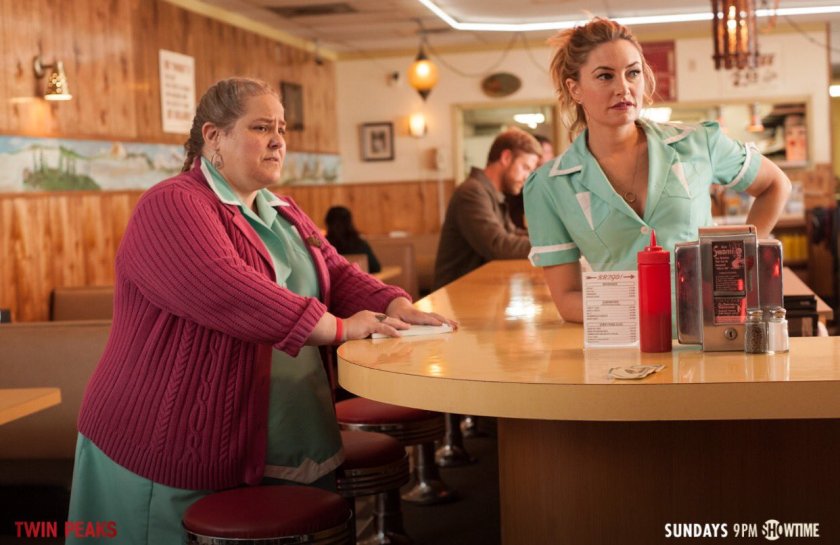 Yes, Heidi the giggling German waitress has returned! The giggle has not changed.

Jeremy Davies (right) appears as one of the bookies. A nice cameo. Davies is always a welcome sight.

Balthazar Getty’s “Red”, the drug dealing magician got to shine this week as he intimidates young Richard Horne.

Eamon Farren, seen above last week, has given more dimension to Richard. He looked to be a pure badass malevolent force in the Bang Bang Roadhouse, but is revealed as more a scared punk kid in this week’s installment. His performance was really something.

Stealing the episode with one line is Miguel Ferrer as Albert. He emerges into the rain and proclaims- “Fuck Gene Kelley, you motherfucker!”. His best line yet. Once he leaves the rain he finds…

Lynch muse Laura Dern as the famous DIANE! I nearly shit a brick. I was one that wondered if Diane even existed.

This episode continued the world-building of last week but took one giant step back into the Twin Peaks we all knew. The music is back in force, old characters are taking more prominence, and the story is slowly transitioning back to the mysteries that surrounded Laura Palmer. Her Secret Diary will no doubt be a huge factor is getting Cooper back in action. Another great hour of TV!