The 455th film I have seen in theaters…

“This is your captain speaking, please fasten your seat belts for some good old fashioned drug and gun smuggling.” 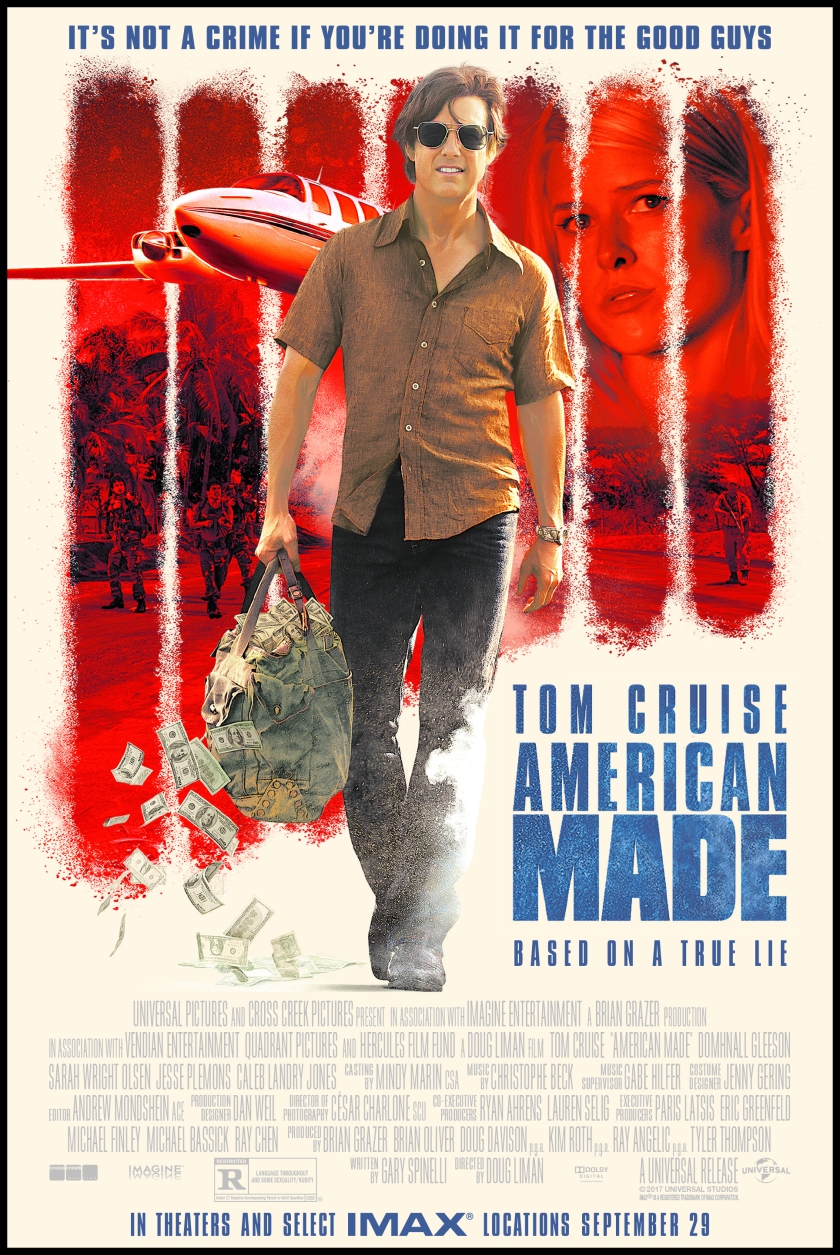 TWA pilot Barry Seal is recruited by an over ambitious CIA agent to take spy photos of Communist revolutionaries from the sky in the late 1970’s. Soon, Seal is smuggling Cocaine for the Pablo Escobar’s Medellin cartel, running guns to the Contras of Nicaragua, paying off Manuel Noriega in Panama, and trying to find a way to launder all of the money he is making. Everything is great, until it falls apart- as they always do in these movies.

Tom Cruise does his normal good job as Seal. This was a fairly formulaic film, and Cruise managed to hit all of the important beats. His charm carries the film.

Sarah Wright is Seal’s wife- Lucy. She was okay in the role, but there was n’t much for her to play with. There were a couple “blow up at your criminal husband” scenes but they never went anywhere. She is played as more than happy to live the high life, never getting a chance to really delve into the pathos of it all.

Domnhall Gleeson is fun as “Schafer”, the CIA spook. He might have been my favorite character in the film. Not a mastermind, not even competent. He thinks he has these amazing schemes to advance America’s agenda but they aren’t working at all. He keeps upping the ante on the plots until it all stops. I love this actor.

This film was okay. I was expecting a typical Hollywood “criminal enterprise goes bad” movie using the same basic set up as Goodfellas/Blow.

The movie delivered on all of this. I enjoyed the added twist that Seal was playing all sides against each other. A part of me wanted a little more from the film, but I had a good time. I enjoyed the way the plot unfolded like a Russian nesting doll, one layer peeling back to find a new problem/business opportunity for Seal. The film was okay. Nothing more.