The 460th film I have seen in theaters…

The final starring role of the great Harry Dean Stanton

“Lucky” is a 90 year old man, an atheist, that is having a crisis as he realizes that he will be dead soon. He has interactions with the people of his town as he tries to come to grips with the reality of his situation. Also, A tortoise named President Roosevelt stages an epic escape from his owner Howard’s yard. Lawyers get involved.

For a final role, Harry Dean couldn’t have done better. It was an excellent display of his lifetime of talent as Lucky, scared shitless, tries to make peace with the end. If he isn’t nominated for an Oscar I will eat my hat.

David Lynch bursts into the film and is very David Lynch-like. He is Howard, owner of the infamous President Roosevelt. His scene in the bar, breaking down as he reveals how much the tortoise meant to him, is one of the finest in a film of character moments. 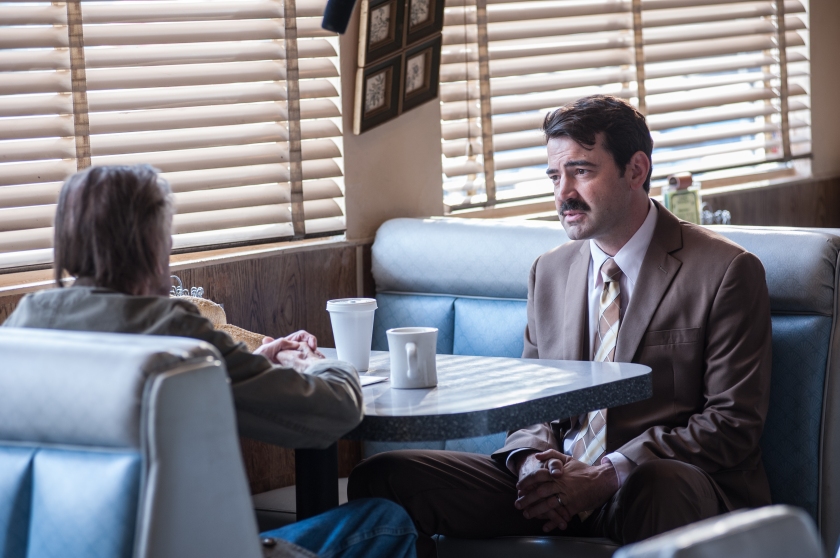 Ron Livingston is Bob the lawyer, involved in the President Roosevelt affair, and gets into a combative relationship with Lucky.

Tom Skerritt, in the only photo from the film I could find of him, appears as a patron of the coffee shop Lucky frequents. He, like Lucky, is a WW2 veteran. They have a powerful, and ultimately imporant, scene as he retells an incident from the war.

This is a fantastic film. It doesn’t beat you over the head with a themes or forced agenda. It simply allows itself to breathe. You see Lucky go through the motions of his life as he interacts with the people of the town. It is never rushed. It takes it’s time. It’s ultimate message of meeting the black void of death with a smile is a good one.

Harry Dean should get an Oscar for this, and a lifetime of stellar work. David Lynch was also damn good. The loss of Stanton was heartbreaking, but not so sad considering he lived 91 years on this world. We are the ones that are Lucky, to have shared some time with him. 10/10