The 466th film I have seen in theaters… 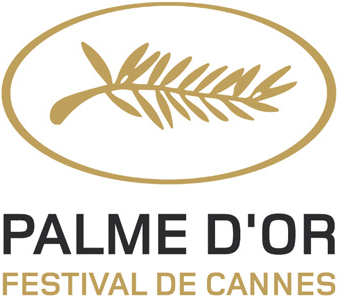 Can you please help me?

Christian is the curator of a modern art museum in Stockholm. He is preparing for the opening of a new exhibit called “The Square”. As he manages the media campaign for this artwork, he is robbed of his phone and wallet. His search for his missing belongings, an affair with an American journalist, and the antics of the museum all play out as the film examines how we react to the words “Help me”.

Front and center is Claes Bang as Christian. His performance of a member of the “elite” who goes through something of a crisis of conscience was excellent. In the end, I am not certain whether I like Christian or not, but I loved what Bang did with him. 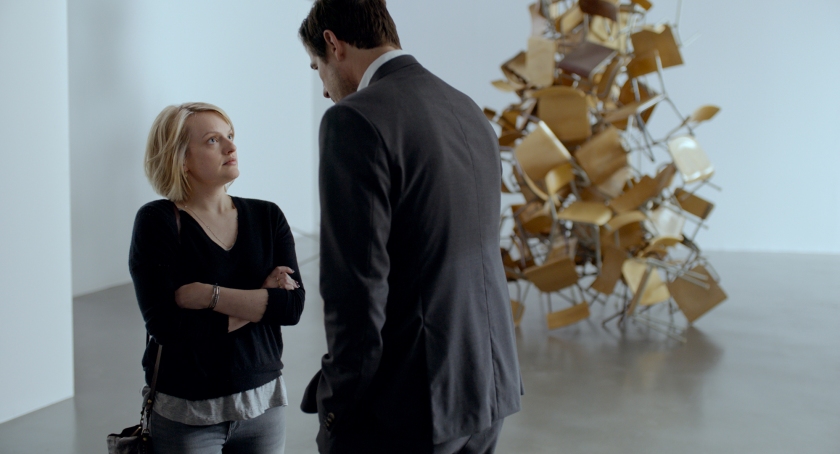 Elizabeth Moss is Anne, the journalist who interviews/sleeps with Christian. Moss has been on a tear for years since Mad Men. The bedroom scene was fantastically funny, Only to be topped by the scene pictured above.

Dominic West (seated) is Julian, an artist that is exhibiting some work at the museum. After a disasterously funny Q&A which is upstaged by an audience member with Tourette’s, the “Dinner scene” occurs where Julian is accosted by the performance art of Oleg. West was good. 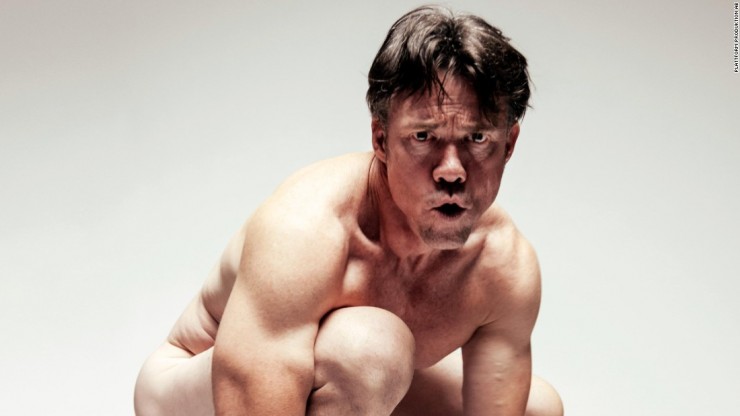 Terry Notary is one of the premier Mo-Cap actors out there. He utilizes his Ape skills from the Planet of the Apes reboot trilogy to play Oleg the performance artist. In the film’s most mesmerizing, and exasperating, scene; Oleg does his ape act at a dinner party at the museum. It was riveting, funny, and ultimately disturbing. Oleg goes too far and of course begins attacking an audience member and then assaulting a woman. The crowd turns on him and beats him senseless. I was laughing and angry at the same time. I laughed at the absurdity of it all while sympathizing with the audience- wanting to punch Oleg myself. THAT is a performance.

This is an excellent film. It revels in the clueless world of the artistic elite while lambasting modern art. Behind all of that is something more powerful, though. Throughout the film Christian asks people for help. This occurs against the backdrop of homeless asking for help. As for the homeless, as well as Christian, these pleas are ignored. We all walk past those begging, pretending they are not there. What does that say about us as humans? This is the question posed by The Square.

As I look back on this “Skinny” I do not believe that I have expressed how FUNNY this film is. Yes, these heavy topics are throughout the film, but the situations in which many of them are presented are gut bustingly hilarious. The PR video for “The Square” might be the funniest thing I seen in a theater this year. 9/10.