The 470th film I have seen in theaters… 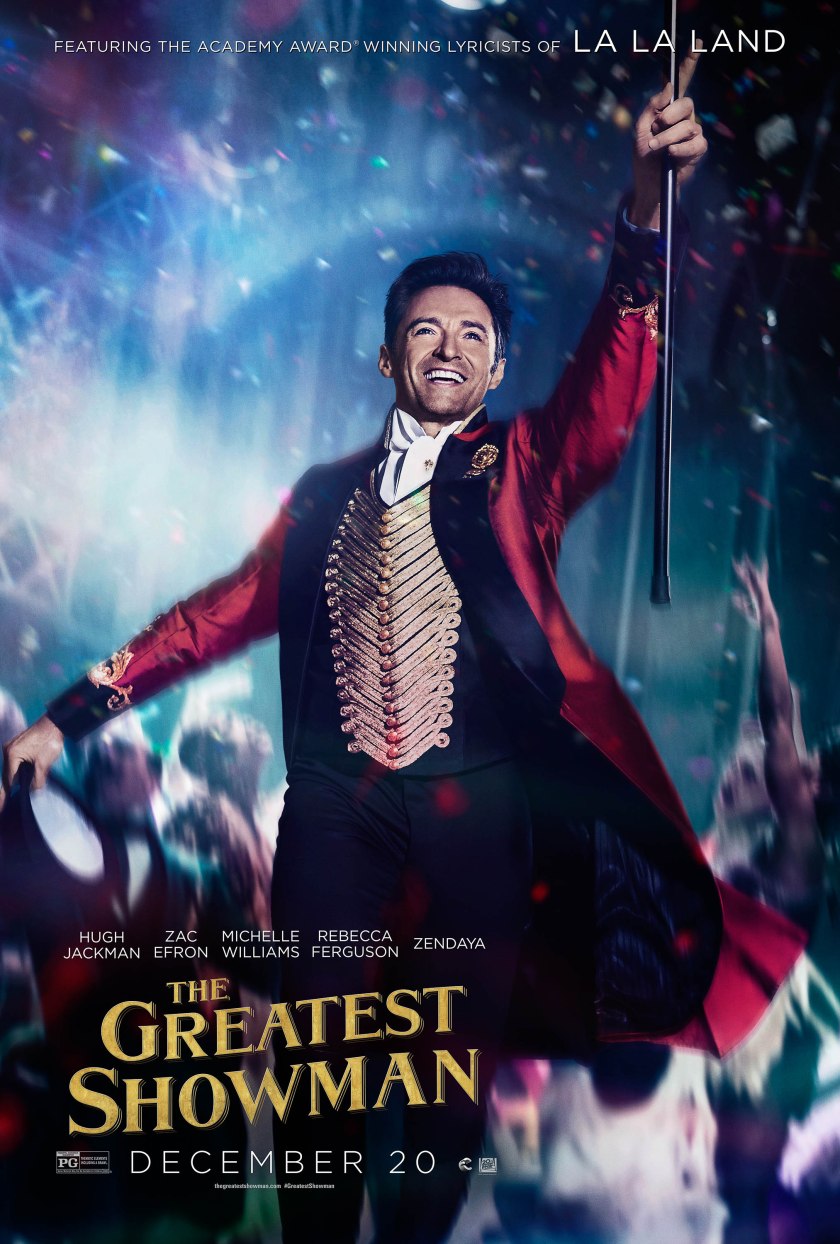 Young Phineas Barnum wants to give his family a life of luxury. Having lost his job, he decides to act on an idea to create a museum of the macabre. After initial failure, he hits on the idea of what we know as the sideshow. He hires all manner of misfits and they put on a show, soon to be coined a circus. It is a huge success.

As the performers find a place where they are accepted for the first time in their lives, angry mobs protest the indecency of their act. Barnum, seeking to further his legitimacy, brings a Swedish singer over from Europe and begins to neglect his Circus, and family. After losing it all, he realizes what is more important in life and the circus lives on! 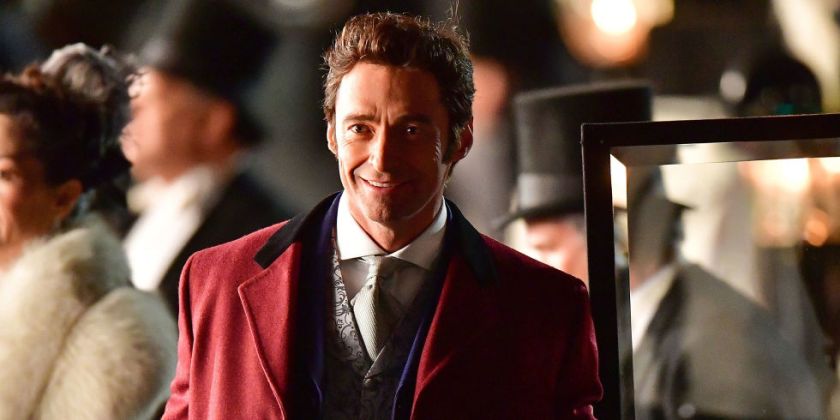 We all love him as Wolverine, but it is clear that Jackman is most at home in musicals. It shows in his performances. Luckily for us he is incredibly talented at it. 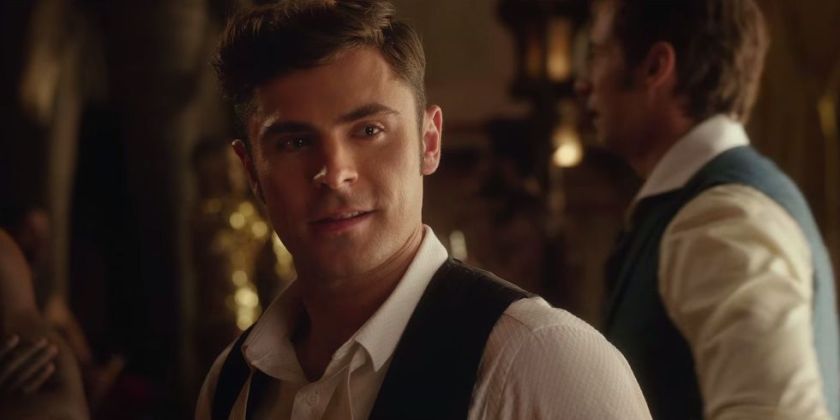 Zac Efron is Carlyle, a writer Barnum brings in to improve his show. This is loosely based on James Bailey (Barnum & Bailey’s). I am not sure why this change of character was made. Probably for the love subplot. Efron is great here.

Speaking of great performers, is there any actress of my generation that is consistently great as Michelle Williams? She’s a powerhouse, and delivers here as Charity, the wife of Barnum.

Rebecca Ferguson is Jenny Lind, the “other woman” that tempts Barnum. Loren Allred provided the singing for Lind, which was the best part of the performance. 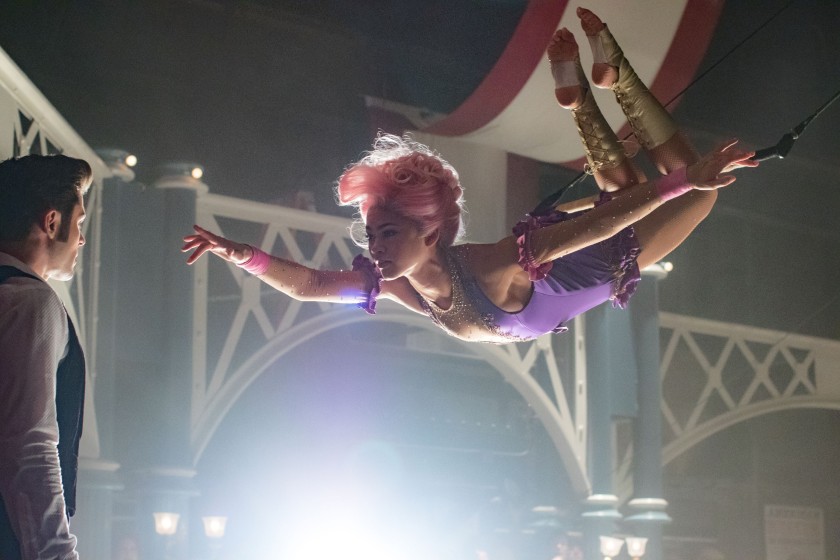 Zendaya is Anne, the trapeze love interest for Efron. Their relationship explores the 19th century race problems of America. She was actually quite good. I was not familiar with her before Spider-Man, but she’s got some talent. 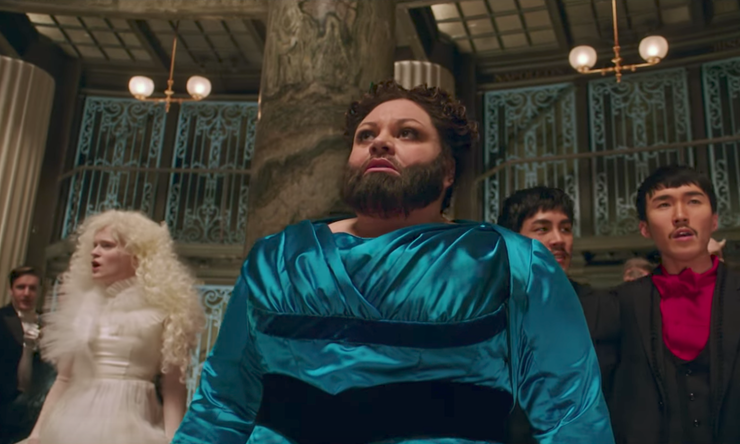 Keala Settle is the Bearded Lady, which a voice that knocks your socks off. Of the “freaks” she is the standout, driving home the message of accepting yourself for who you are. 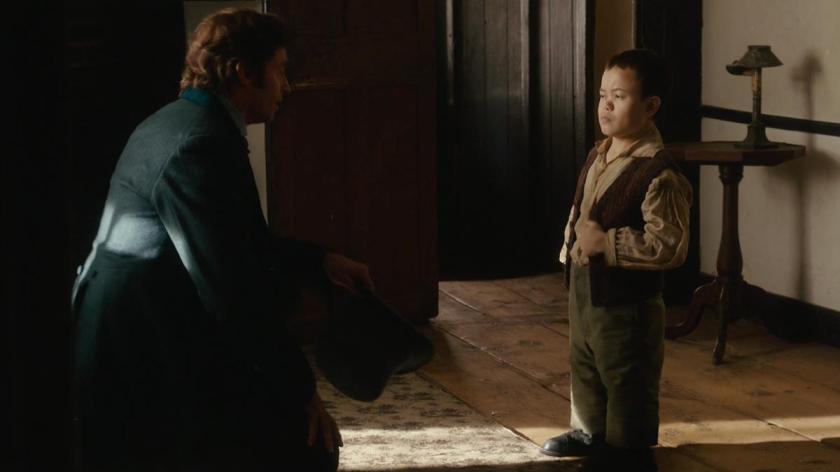 Sam Humphrey’s brings Charles Stratton, General Tom Thumb, to life. This guy is a scene stealer. His scene with Queen Victoria is one of the best in the film.

This is the “Hollywood” version of Barnum, much like something Barnum himself would have presented. It is a fantasy which is there to entertain. The real story of PT Barnum is not as glamorously fun, but this film I think captures a piece of truth. These performers had no other real options in their century. Barnum used them to get rich, but he also gave them purpose. The film tries to focus on this angle of it, presenting a “Let your freak flag fly” message. It plays well, and is all the more interesting given that earlier this year Barnum and Bailey’s Circus finally closed it doors.

The controversy aside, this was a well made film. It zips along with fantastic set design and excellent musical numbers- from Pasek and Paul, the songwriting team of La La Land. The music and screen spectacle are the stars here, all ushered in by Jackman’s enthusiasm for the project. A good movie. 7/10