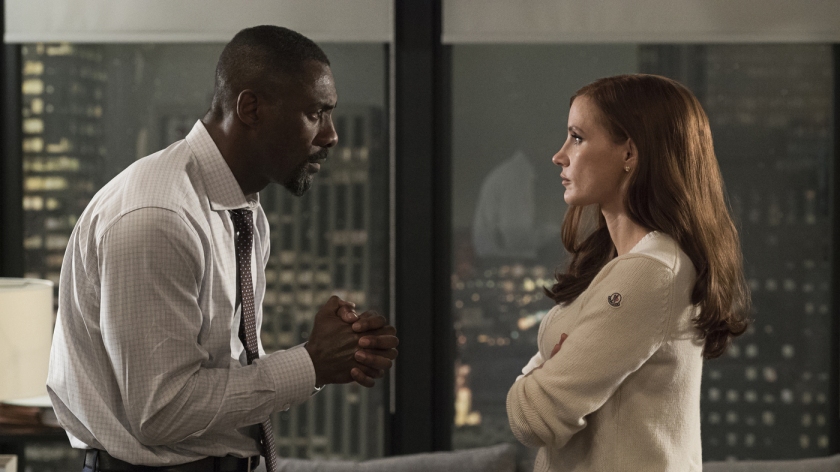 The 475th film I have seen in theaters…

Aaron Sorkin takes us into the world of high stakes underground poker! Brought to you by Spider-Man! No, really. 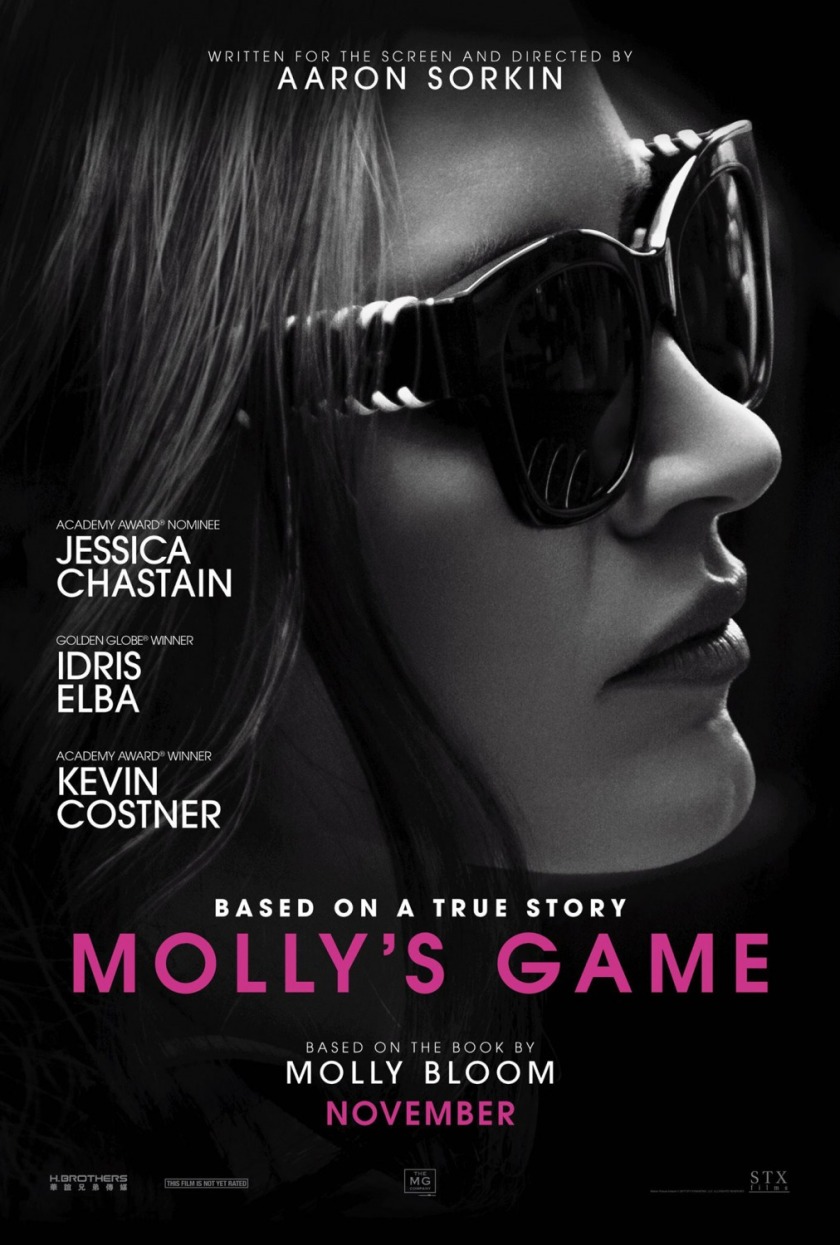 Competitive Skier Molly Bloom fails to make it into the Winter Olympics and takes a job as an assistant to a failing real estate agent who happens to run an underground celebrity poker game. She is put in charge of managing the game and decides to go into business for herself with the patronage of a famous movie star. After her LA game collapses, due to running afoul of that asshole celebrity, she moves to New York where her new game brings her into contact with the rich and powerful of Wall Street, and into conflict with the Mafia, Italian and Russian, as well as the FBI. 2 years after going clean, she is arrested for connection with those Russian mobsters. She seeks the help of an attorney, Idris Elba, who decides that she is more than what the tabloids portray her to be, and takes the case.

Jessica Chastain takes to Sorkin’s dialogue wonderfully as she brings Bloom to life. She brings a terrific sense of ambiguity to the role as we try to figure out if she knew about the Russian mob’s involvement with her game or not. She gets better and better with each role.

Idris Elba is always good. It was fun seeing his character slowly discover the truth about who Bloom is. His dialogue at the end with the Prosecutors was particularly powerful.

Kevin Costner plays Daddy Bloom, the overly demanding, philandering, Psychologist father of Molly. Costner seems to have taken to playing “The Dad” as opposed to the “hero” in his roles. He does fine work here as he pushes her to be the best and then is there to help her pick up the pieces.

Michael Cera, excellently, plays a famous Hollywood actor who initially backs Molly’s Hollywood game and then takes all of the players away in an attempt to destroy her because he is a major dickhead. This was supposedly a composite of several actors, Leonardo DiCaprio and Ben Affleck to name two, but based on portrayals in her book, it seems that the really nasty stuff was based on Mr Spider-man, and notorious douche-nugget, Tobey MacGuire.

I was sitting at home this morning, bemoaning the fact that NBC was not showing the Winter Olympics until 3PM today. I decided to go see this instead. Imagine my surprise when the movie starts off with Olympic skiing…

This was a very good film, the directorial debut of Aaron Sorkin. He’s been working magic on the small screen for decades and lending his pen to many fine films over the years. It is good to see him step out and take the reigns himself. The performers were incredibly good with his material. It is easy to see why this got a best adapted screenplay nod.