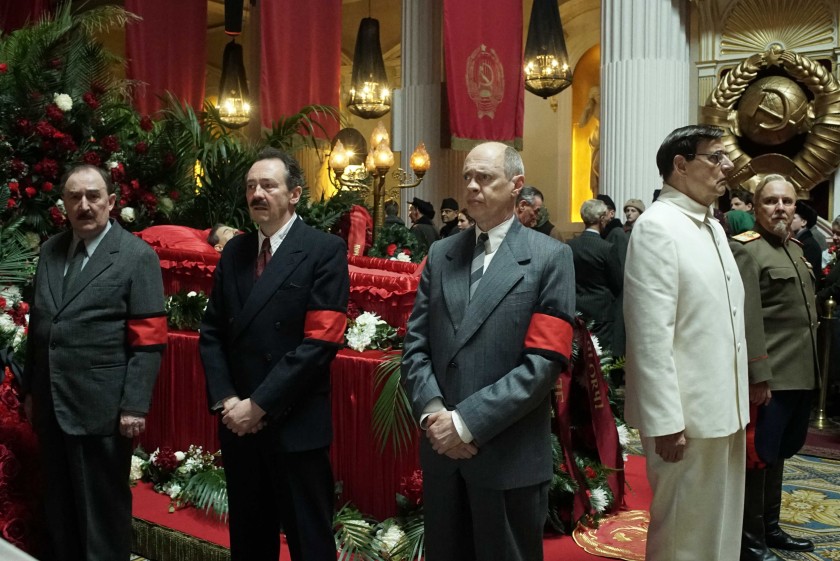 The 483rd film I have seen in theaters…

Buckle up Comrades! Ianucci is taking on the politburo!

Joseph Stalin, leader of Soviet Russia has suffered a stroke. He dies. The other leaders of the politburo jockey for position to decide who will run Russia amid the backdrop of political assassinations, treachery, and fear. It is hilarious.

I never would have pegged Steve Buscemi as Nikita Krushchev, I was wrong. He sinks into the role, bringing all of his Boardwalk Empire skills to bear as Krushchev consolidates power. So funny. Simon Russell Beale is Beria, spymaster of Russia. Not a lot of comedy surrounds his character as he murders, rapes, and is an all around asshole. Excellent performance.

Rupert Friend nearly steals the show as Vasily, son of Stalin. He’s just a maniac. It reminded me of a less stable Dick Shawn from “It’s a Mad Mad Mad Mad World”. Funniest one in the film.

Oh, what a performance from Jason Isaacs as General Zhukov. Strong, proud, hilarious. 100% believable too, which is where this movie excels. Michael Palin is Molotov, next on Stalin’s hit list, saved only by his death. Its good to see him on screen again. It’s been too long, for me at least. The last I remember is Fierce Creatures 20 years ago. 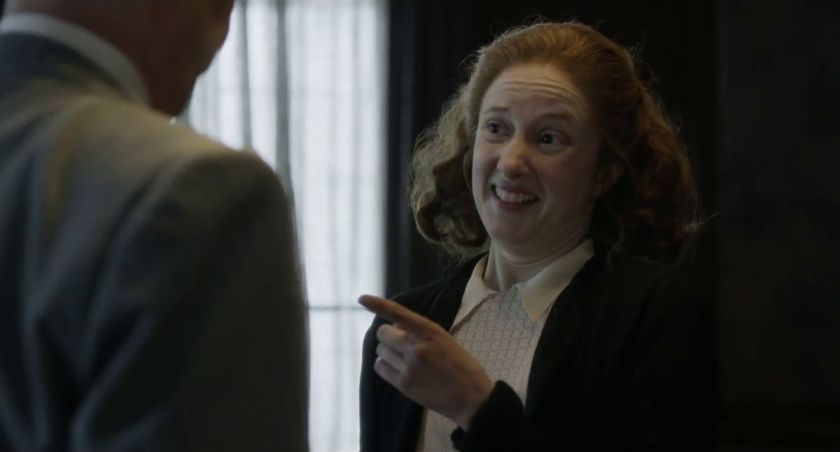 Andrea Riseborough is a quivering ball of manic sadness and paranoia as Svetlana, daughter of Stalin. Constantly in fear of her life without the protection of her dad, she is on the edge. Excellent gallows humor here.

He is going through a rough patch with the harassment scandal, but Jeffrey Tambor remains one of the funniest actors to ever grace the screen. He is Malenkov, successor to Stalin. Clueless, bumbling, craving attention. He was perfect.

Only appearing briefly, Adrian McLoughlin is Stalin. While great alive, McLoughlin excels as Stalin’s corpse. Some of the best gags in the film.

This is a strange one. Armando Ianucci is one of the best writers around. “The thick of it”, “In the Loop”, and of course “Veep” have cemented his place as the comedic Aaron Sorkin. No one writes comedy about the leaders of nations like Iannucci. Taking the graphic novel and adapting it to film, especially one so funny is no easy feat. The film was well written and directed. The casting was amazing, some of the best. The music was well crafted to the film, and the cinematography, production design was good. This should be an Oscar contender.