The 484th film I have seen in theaters…

Broken Lizard is back!

It is discovered that the US/Canada border is not accurate, and a Canadian town is actually part of the United States. The governor of Vermont sends the “Super Troopers” (now fired from the State Police) to manage the transition. They of course discover a smuggling ring. Hilarity ensues.

Jay Chandrasekhar returns as Thorny, this time battling an addiction to female viagra.

Paul Soter is Foster, still with Ursula, and actually had the least to do of the cast this time. Fair enough since he got the girl last time.

Steve Lemme is back as Mac, and he continues to steal every scene with his “chicanery”. His acid trip was a highlight of the film.

Erik Stohlanske is still the rookie of the bunch, but this time Rabbit gets the girl, played by Emmanuelle Chriqui.

Ah, Kevin Heffernan. Never change. Rod Farva continues to the be the most memorable part of this series. 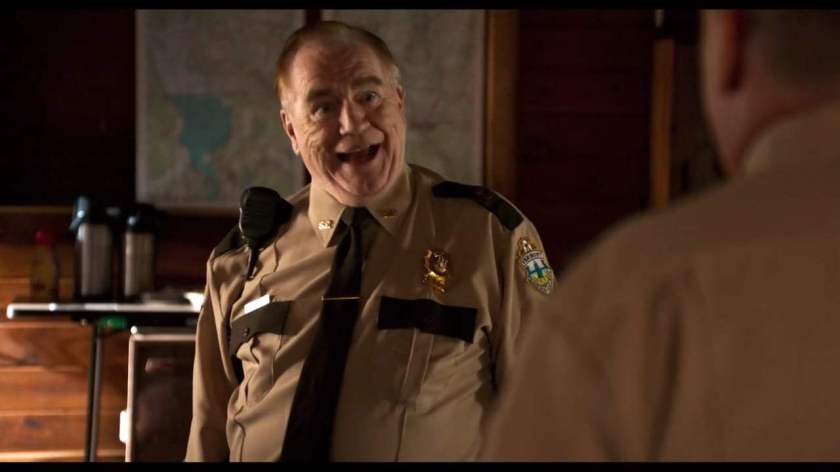 Brian Cox comes back for another round as Chief O’Hagen, this time showing off his singing abilities.

Rob Lowe is Guy Le Franc, former Hockey star and mayor of the new “American” town. Also the villain of the piece, to the surprise of no one. He also playfully punches a penis.

Tyler Labine, Hayes MacArthur, and the great Will Sasso play the mounties being replaced by the Vermont State troopers.

More than worthy as a sequel. I was laughing near throughout the film. Welcome back Broken Lizard.