This week I saw the greatest film ever, also my 496th in a theater. 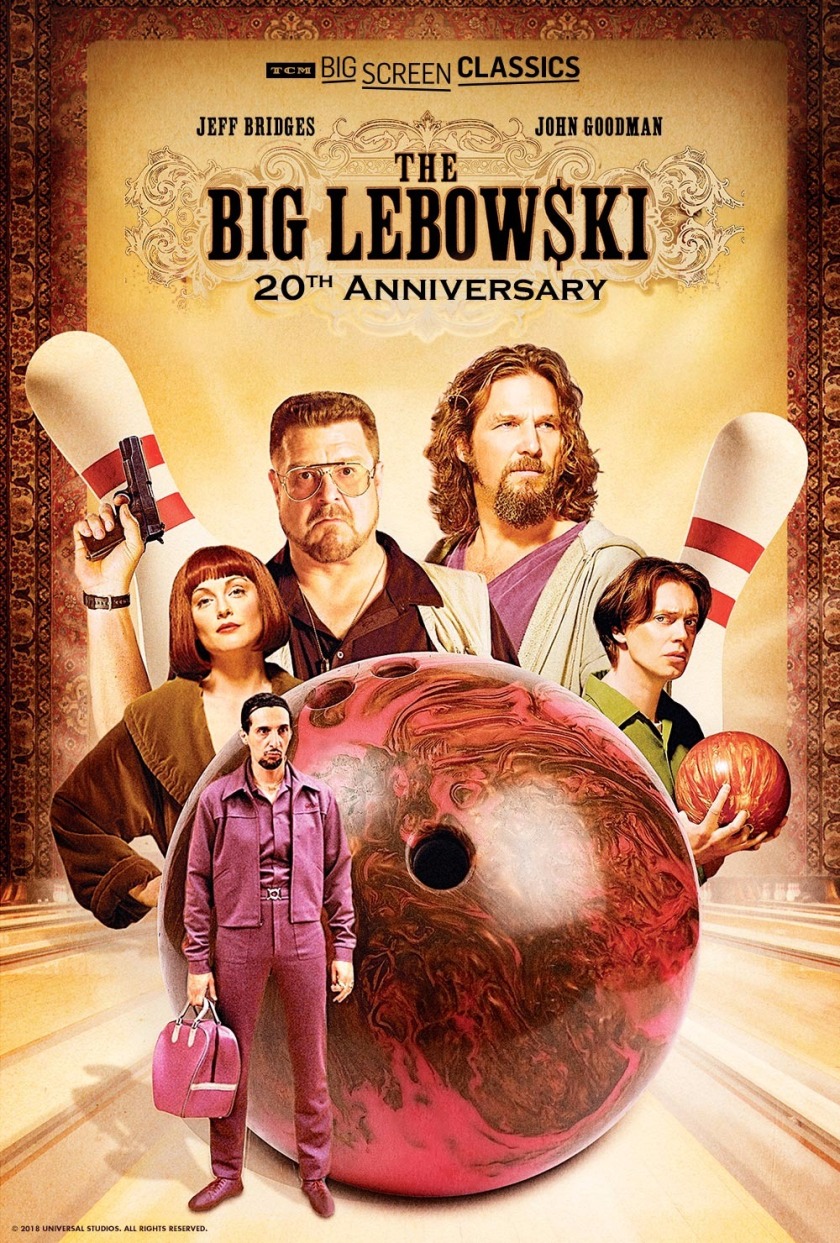 I’ve not posted in a while. Been traveling the country, by car, for several weeks and just started a new job. This week I righted a terrible wrong. 20 years ago I did not make it to the theater to see The Big Lebowski. It would go on to become my favorite film. I finally saw it for the anniversary screening by Fathom.

This movie speaks for itself. I am actually finding it hard to put my feelings on this movie to page. It is possibly one of the top 5 films ever made, #1 for me. Rewatchable, nearly every line is quotable. 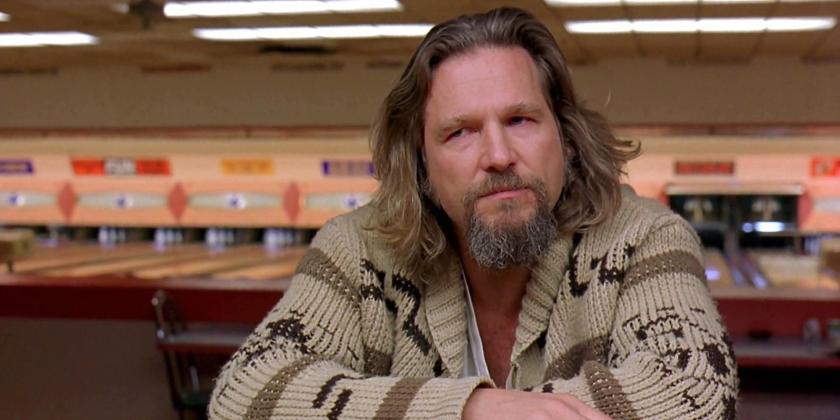 Jeff Bridges delivers his finest performance. This is what he will be remembered for. 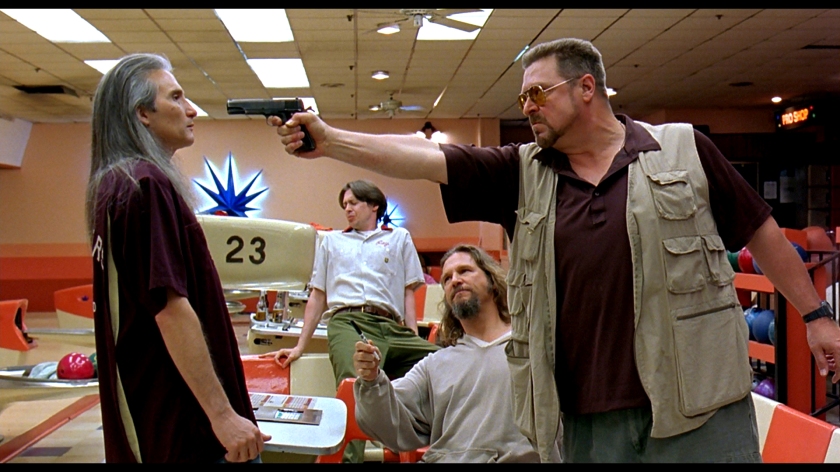 John Goodman delivers his finest performance. Roseanne will always be there,  but for film work, this is what he will be remembered for. 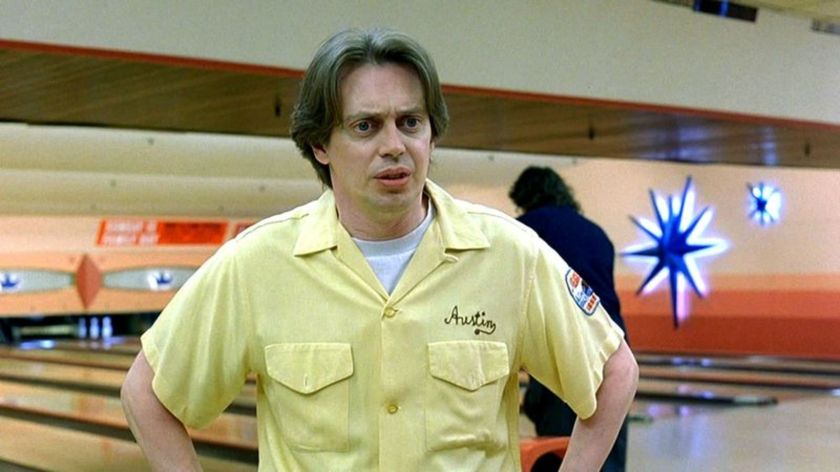 Steve Buscemi will likely be remembered for Boardwalk Empire, but “Shut the fuck up Donny” will follow him forever.

I knew him from Santa Claus the movie. When he died it listed his as “Big Lebowski actor dead”. This is what he is remembered for.

The best actress of her generation, Julianne Moore is Maude. I am not sure if this is her defining role, she’s had several, but it is up there. 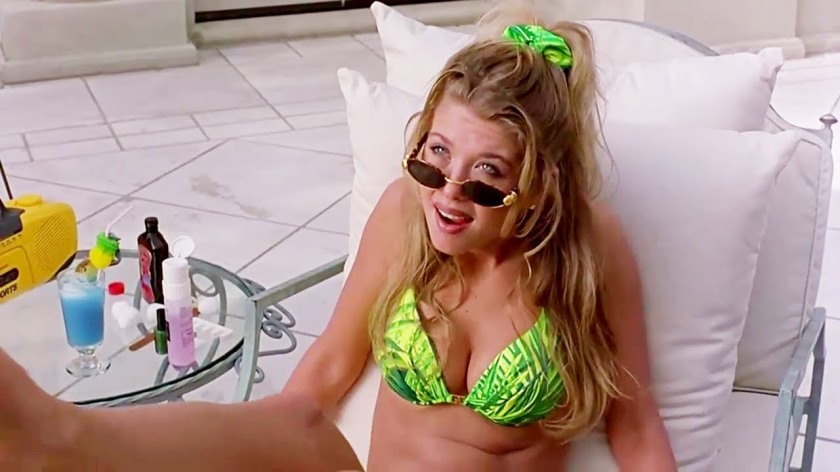 Tara Reid will be remembered for American Pie, but “I’ll suck your cock for a thousand dollars” was a hell of a line.

John Turturro is Jesus. No one fucks with him. A spin off featuring Jesus is coming out relatively soon.

The late Phillip Seymour Hoffman is Brandt. He is remembered as an incredible actor in everything he did, not just Lebowski. Damn shame.

Written with him in mind, Sam Elliot IS The Stranger. Perfection. 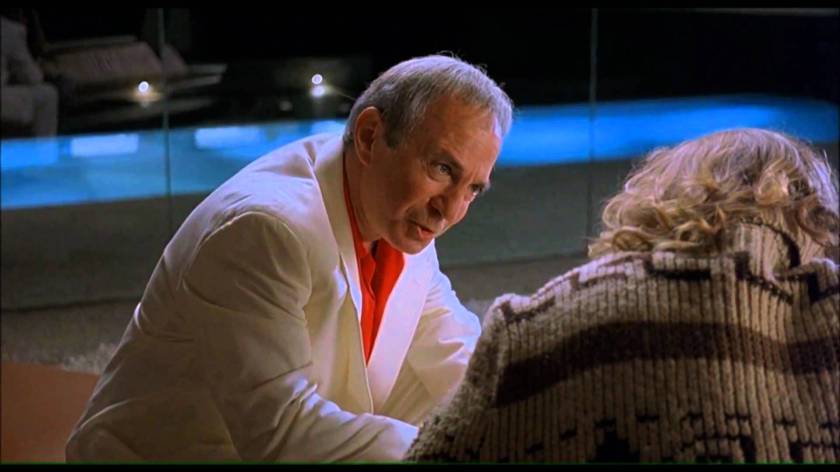 He will forever be remembered as Lupin is Harry Potter, but David Thewlis was fantastic as Knox Harrington, friend of Maude, with the silly giggle. Finishing out the cast are the Nihilists played by Torsten Voges, Peter Stormare, and Flea. Its tough to say that Stormare will always be associated with Lebowsi, but he might.

Many people are involved in a movie, but for this film there are 4 who really need special mention.

Joel  and Ethan Cohen make some of the best films of our era. Their abilities as writers and directors is unquestionable at this point. This is their greatest film.

Cinematography by Roger Deakins is probably the greatest credit I can see on a movie. This man is a living legend. His shots are truly astonishing. Big Lebowski has some of his best work.

Carter Burwell did an excellent job writing original music for the film, and the Cohens already had some music choices made, but the real champ here was T-Bone Burnett who was “Music Archivist” on the film. As this is probably one of the greatest soundtracks of any film, I think his recognition is well deserved.

At the end of the day, this is cinema perfection. It is so good it actually ruins other movies for me. Nothing can match it. Hell, I am even an ordained priest in Dudeism, or The Church of the Latter Day Dude if you aren’t into the whole brevity thing.