The 502nd film I have seen in theaters…

Peter Jackson commemorates the 100th anniversary of the Armistice with the best WWI documentary ever made. 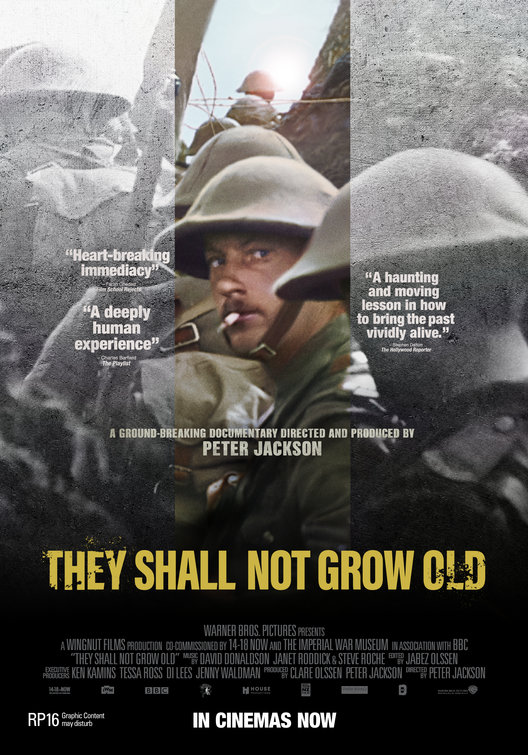 The Imperial War Museum and 14-18 Now commission LOTR director Peter Jackson to craft a documentary to honor the 100th anniversary of the armistice that ended “The Great War”. With the stipulation that he must only use footage in the War Museum archives, which are extensive, Peter Jackson brings the story of the trench soldiers to life in a new way. 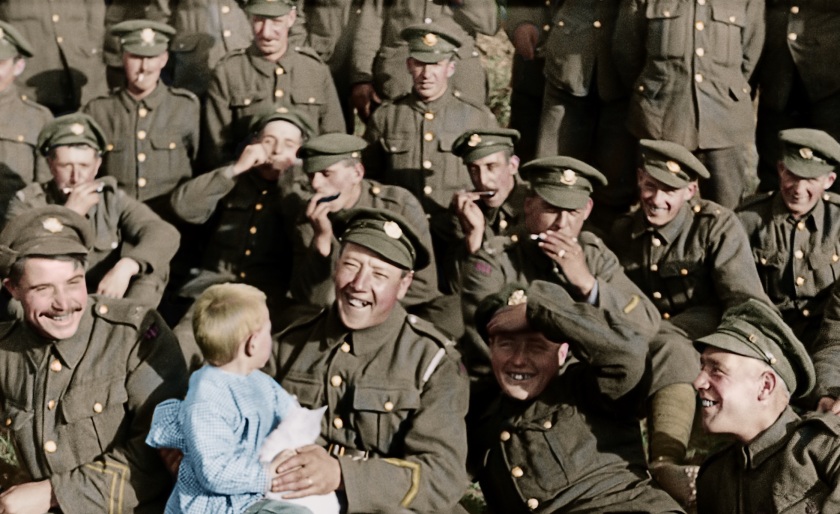 There are no actors here save a few voice over artists who are used to voice some of the footage. The men we see on screen are the real soldiers, some moments before their deaths.

The narration is provided by the survivors, the men who fought in the trenches, via BBC archive interviews conducted in the 60’s and 70’s.

I feel fortunate to have seen this in a theater. I was intending to see Creed II tonight, but made a last minute decision to see this film instead. Creed is ending at my theater this week, but this is only playing for 2 nights. I made the right decision. As soon as I bought my ticket the theater employee informed me that I bought the last ticket. As promised, the theater was packed.

This being a special event, the film was followed by a ‘making of’ documentary explaining how they did what they did – clean up and remaster 100 year old footage of WWI, in color. It is billed as bringing the war to life as we’ve never seen before. This is no empty promise. The Best Documentary Oscar race is heating up.