Discovery responds to a distress signal from the USS Enterprise. It has been disabled investigating the appearance of 7 strange red points of light appearing across the Galaxy. To investigate the matter further, Captain Christopher Pike is given temporary command of the Discovery while the Enterprise is repaired. Traveling to one of the red lights, the crew discovers an asteroid containing dark matter with a crashed Federation medical ship on it. The episode centers on Pike familiarizing himself with his new crew as they rescue the ship before the asteroid is ripped apart.

Sonequa Martin-Green continues to grow into the role of Burnham. Unsaddled by the baggage of season one, I hope the character is allowed to grow and loosen up a bit. As this series is seeming to center on her past failings as Spock’s sister, I think they tortured Michael character will hang around a bit. 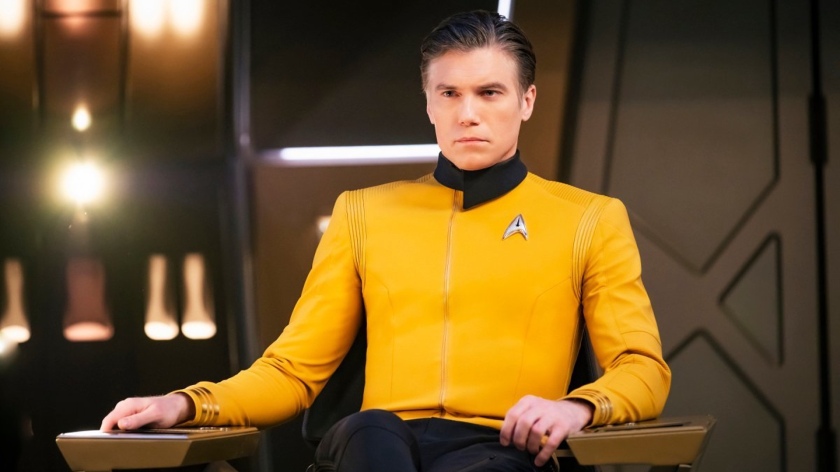 Anson Mount materializes onto the DISCO and dominates. He steals almost every scene and swaggers onto the stage with all the gravitas his character deserves. The writing and performance were a pitch perfect continuation of Jeffrey Hunter’s Pike, allowing us to finally explore this seminal character in Trek lore. After the dark days of Lorca, by design, Pike shines all the brighter as the model of a Starship Captain.

While our old pal Commander Saru is not Captain yet, it is clearly coming. I hope that Pike’s tour as Captain will be something of a mentoring program for our Kelpian friend. They did a great job of showing the burgeoning respect between he and Pike.

Tilly and Stamets got to do some cool maths this week. The only real development for these two is that Stamets is requesting to leave the ship, haunted by the memories of his late husband. I am assuming their retrival of an asteroid fragment made of dark matter will be the macguffin that keeps Stamets aboard and gives us some science-y fun this year. 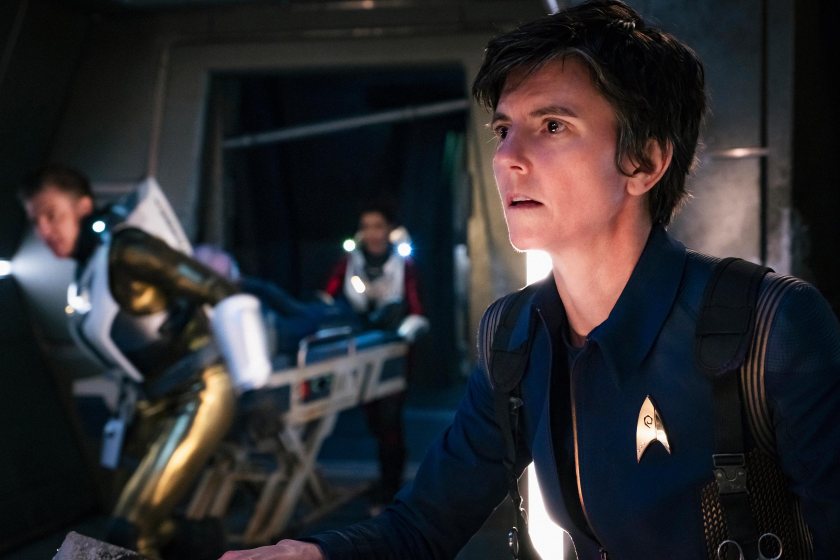 Tig Notaro joins the cast, in a guest capacity, as Jet Reno, a chief engineer they find on the crashed ship. I mentioned that Pike stole almost every scene. These are the ones he did not, as Reno stole them. This is a good character, well established from the first moment we meet her. Her status is unconfirmed at this point, but I am hoping she grows important over the season and ends up joining the crew. Alternatively, she could be related to the mysterious red lights in space and end up being the villain. Whatever, Tig Notaro fits in here either way.

This was an excellent start to the season. Trek series tend to improve as the seasons march onwards, and this show is no different. The tonal change from the get go was welcome. I enjoyed the darker themes of season one, it was a season about an evil Captain and an ongoing Klingon war. This season is giving us more “classic” Trek feel as we have Pike in command. Color this fan excited for whats to come.