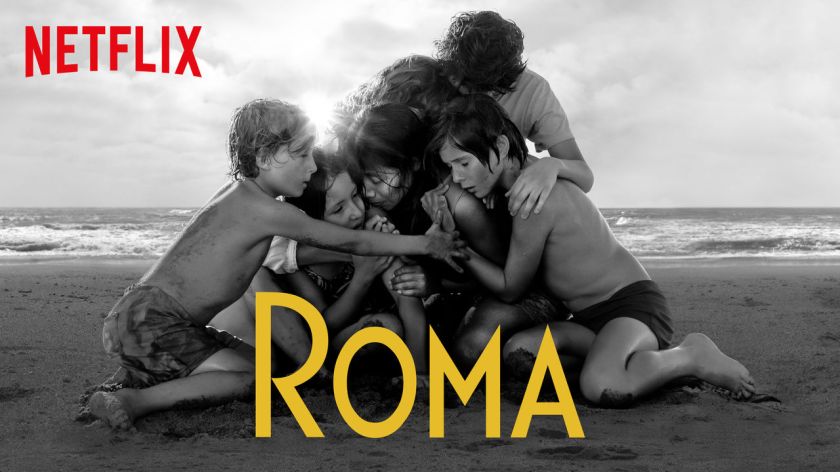 1971 Mexico City. We follow the life of young Cleo, a maid living with family in the Roma district. As the family begins to deteriorate into divorce, Cleo gets pregnant. We see their lives play out against the backdrop of political turmoil in the streets.

Yalitza Aparicio is Cleo. A quiet character, we experience all the pain and joy of her life. She is deservedly nominated for Best Actress.

Marina de Tavira is Sofia, the mother of the family. This is one of those performances that sneak up on you. She tries to keep her family together as she herself falls apart. She is also nominated for an Oscar.

Jorge Antonio Guerrero plays the father of Cleo’s baby. Aside from being a douchebag right-wing ninja, we are treated to a nude display of stick fighting, the pole darting in attacks and parries as his dong sways back and forth. He is not nominated for an Oscar.

This was a beautiful film, written, directed, and shot by Alfonso Cuaron. I’ve been a fan since Children of Men and he never lets me down. Largely inspired by his childhood, Cuaron gives us his most personal film, filmed literally next door to the house he grew up in. It is nominated for