The action centers on 3 storylines. Michael gets a visit by Amanda Grayson, her adopted mother. They discover that Spock is wanted for the murder of 3 doctors at a psychiatric clinic on Starbase 5 and is on the run. Spock’s history with the Red Angel is further explored as Michael reveals that a central reason for Spock’s emotional distance is due to an emotional injury she inflicted on him years earlier. Amanda, upset with her daughter, sets out to find Spock by herself.

Tilly’s ghost from the last episode is revealed to be the green spore from season 1 that landed on her shoulder. After fearing that she was going insane, she comes clean to Burnham and Stamets removes the fungus. This story appears to continue in the next episode.

On Qo’noS, the home of the Klingons, L’Rell faces numerous challenges to her rule as Chancellor. Ash stays by her side, much to the anger of the other houses. It is revealed that L’Rell and Ash (as Voq), had a child. An enemy house kidnaps the baby and moves against them. Just when it seems defeat is certain Phillipa Georgiou, Mirror Universe Empress, arrives and saves them. Knowing that Ash and the baby are a liability, their deaths are faked. L’Rell uses the “tragedy” to unite the Empire around her. The baby is taken to a Klingon Monastery on Boreth, where Worf would spend some time in the future. Ash is recruited by Georgiou into Section 31 and their snazzy-ass Starship. 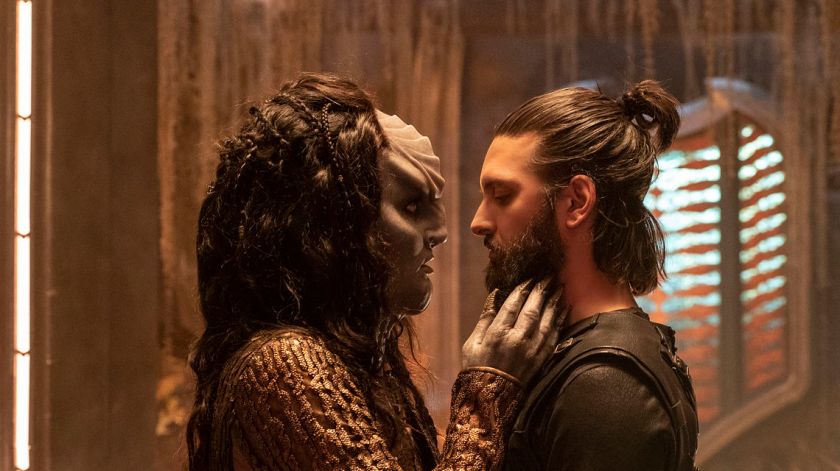 L’Rell, newly follicled, is the center of this episode.  Mary Chieffo continues on the fine work established in season 1. Shazad Latif also shone as Ash. Now that the mental anguish of being two people is over, it is good to see them delve into his recovery from that trauma, as well as discovering his place in things.

Mia Kirshner is an excellent choice to play Spock’s mother Amanda. She even bears a passing resemblance to Jane Wyatt, originator of the role. Michael continues to be a character defined by her past mistakes, this time with Spock. I was hoping that she would evolve beyond this in season 2, but I guess we will have to wait. My desires aside, Sonequa is an excellent actress and continues to carry this show.

Ah Tilly. Mary Wiseman KILLS it in this one. We see her fear at the thought of losing her mind. The series had better end with her getting a command or I’ll riot. 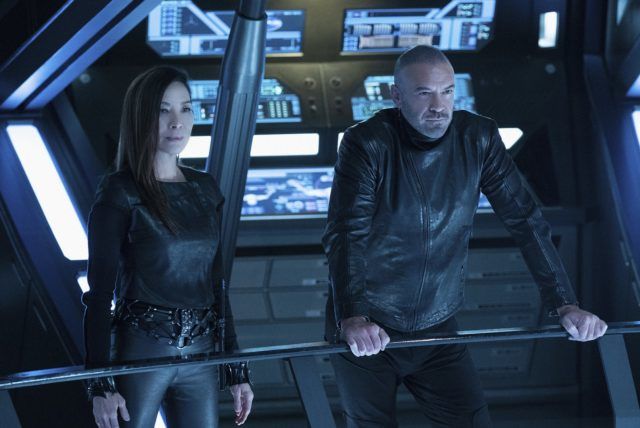 Michelle Yeoh is always welcome. I am digging the new direction for Georgiou in Section 31. Alan Van Sprang joins her as an operative. I would watch that show.

The jump in quality continues for season 2 as they hit a soft reset on the Klingons and move the story along. I enjoyed Season 1, but this is on another level. They even gave us a glimpse of the plans for the classic D-7 Klingon battlecruiser!!! I can’t wait for next week!