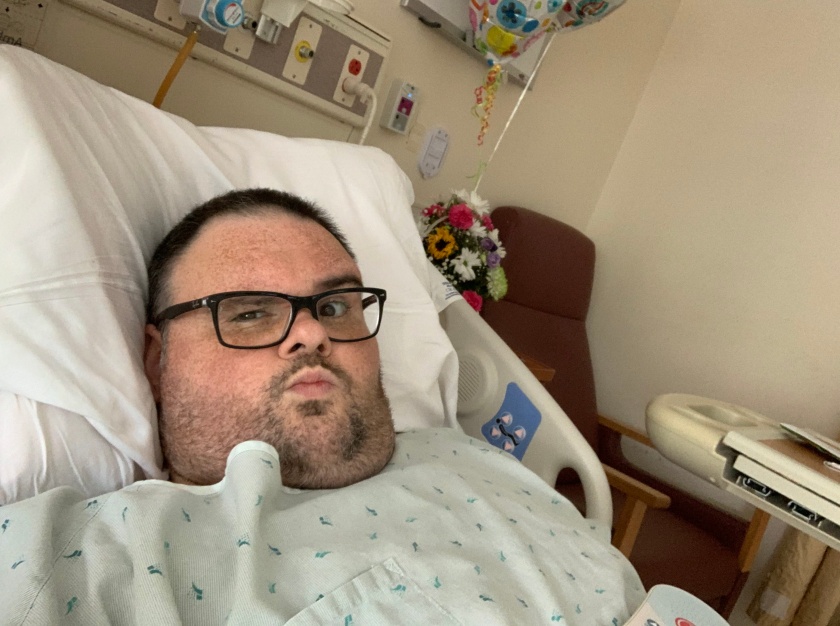 I saw a movie and then almost died!! Then I saw some more movies

Yes, I nearly died. I had an infection with a statistical mortality rate of 40%. It started as some swelling on April 20th which got progressively worse throughout the week. On Thursday April 25th I was in terrible shape and tremendous pain with a fever/chills/whole 9 yards. Antibiotics were not working. Being Superponte, I of course went to the movies.

Avengers Endgame was everything I wanted it to be. I was worried that they had written themselves into a corner after Infinity War. How could Endgame top the spectacle of that amazing film? Well, they did it. The cast was wonderful and I am really happy that I did a weekly Saturday afternoon re-watch of all the previous 21 films leading up to this. It paid off in spades.

The next day, April 26th I was hospitalized.

They ran me through the paces of several strong IV antibiotics, which did absolutely nothing. I was fading, fast. By Monday I was feeling myself die. My strength was gone, just sitting up in bed would make me almost pass out. The infection was getting worse and I had developed a flesh eating bacteria. Emergency surgery was needed. Knowing that there was a strong chance that I would not survive, I said my goodbyes to friends, family, and facebook. I then entered the Operating room and sank into oblivion. I awakened with the infection cut out. Due to the severity, I would need to keep the wound open to fully heal. This meant weeks of daily packing and unpacking of the wound, which was quite painful. After 2 weeks in the hospital, I was moved to a nursing home for rehab. The bed was rock solid and my elderly roommate had a habit of shitting his pants every night/day. After a week of this, I was released.

I convalesced at home for a a while, and although sitting is painful, due to the location of the wound, I could manage to sit through some cushioned trips to the temple of cinema.

Detective Pikachu is a cute movie. Lots of Pokemon make appearances and I was entertained.

John Wick Chapter 3: Parabellum was another masterpiece of violence. Keanu does not disappoint. I eagerly await Chapter 4.

That’s pretty much it! I write this on 5/28/19 and the wound remains open. On 5/31 I go in for surgery to close it up. I plan on seeing Godzilla the night before.