The 16th film I have seen in theaters…

The biggest film of 1995. A cultural touchstone.

Gotham city is under assault by Two-Face! The former District Attorney, now turned madman, unleashes a wave of crime against the good citizens of this fair city. Batman rushes headlong into battle against the dastardly double-faced villain as a new threat arises!

Edward Nygma, former Wayne Industries employee, has developed a way to read minds! He uses this power to increase his intelligence exponentially. Using his new powers, he becomes The Riddler!

When Riddler enlists Two-Face to join his criminal enterprise, Batman will take in an orphan, Dick Grayson, who will adopt the mask of Robin. Together they will take the fight to the two villains!

Val Kilmer steps into the cowl of Batman, replacing Michael Keaton in the part. Kilmer is an excellent actor, but he came off a bit strange in places. We all know that Batman is supposed to bit a bit insane, but something about Kilmer’s portrayal strikes me as a bit too insane. Not full on Two-Face crazy, but a little off. Clooney abandoned this entirely and played Bruce and Batman as the same character (George Clooney). Keaton struck the perfect balance for my tastes as the caped crusader. Kilmer had tough shoes to fill. Kilmer went on to have some more successes, especially on Broadway, but has stepped back in recent years following health issues.

Tommy Lee Jones had an impossible job in this film: perform against Jim Carrey in his prime. I’ve subsequently read that Jones was going through a divorce at the time and was in a terrible state, emotionally and mentally. It actually comes through in this strange performance. Jones is a fantastic actor that could have brought something truly menacing to the part, despite the aesthetic of the film. He did not do this, and instead played Harvey Dent as an over the top clownish character. This might have worked just fine if not for our next cast member. Jones has slowed down a bit, but is still making great movies.

Writing this in 2020, I cannot explain to you young’uns what a pop culture force of nature 1995 Jim Carrey was. He was the biggest star on the planet, bar none. He was on a streak that began in 1990. He was cast as one of the performers on “In Living Color”, an era defining sketch comedy show from the Wayans brothers. Carrey became the break out star with his antics. He followed this up in 1994 with the first Ace Ventura film, The Mask, and Dumb and Dumber. All in one damn year. The following summer, this film released at the apex of his comedy career. Why was Batman Forever the top film of 1995? Jim F’n Carrey, that’s why. His Riddler was a true force of nature. Non stop kinetic energy propelled by a production design that was tailor made for his characterization of Nygma. Carrey went on to star in a series of critically acclaimed films, broadening his work as an actor. He slowed down for a bit, but seems to be on the cusp of a major career revival.

Nicole Kidman is Chase Meridian, psychoanalyst who has the hots for Batman. Kidman went on to have a great career following this and is still making hits today. She’s fairly forgettable here though. She was unable to match the slinky charisma of Catwoman or the performance of Vicky Vale in the previous films. 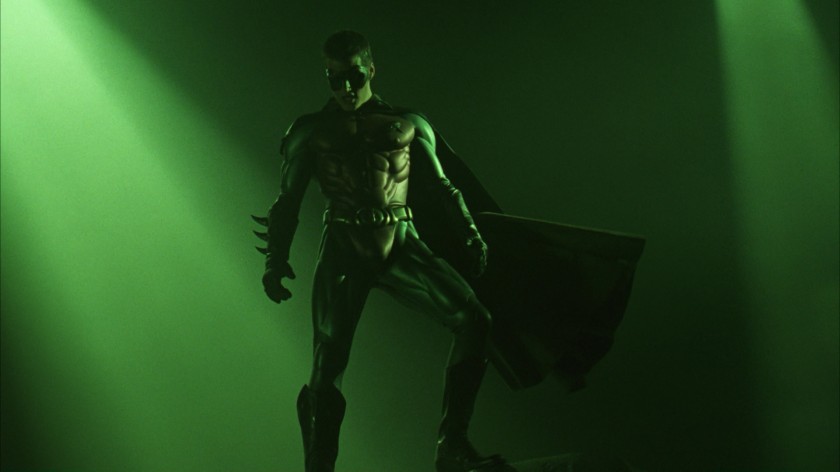 Chris O’Donnell plays Dick Grayson, the orphan that becomes Robin. He did a fine job in the film, but I do have questions. This guy looked, and was, about 25 years old. How the hell is Bruce Wayne adopting a grown man? Aside from that, he was very good in the part. I bought his desire for revenge against Two-Face. His career has slowed down quite a bit lately. Mostly TV guest spots. 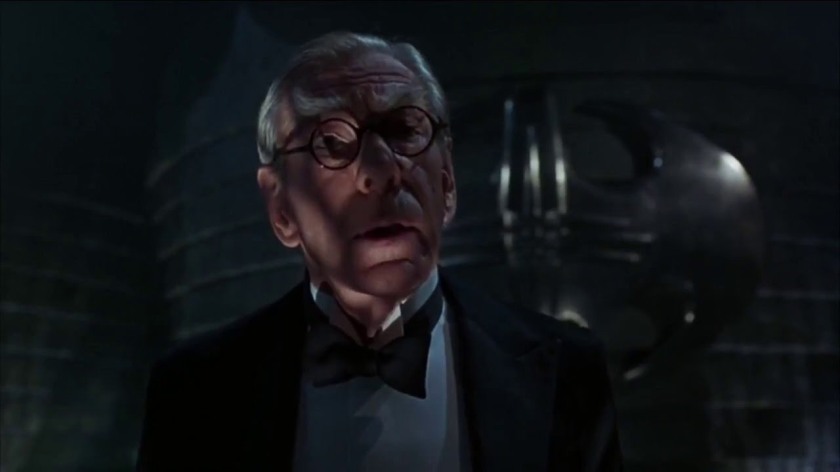 The great Michael Gough returns as Alfred Pennyworth. He has a few fun lines with Bruce and becomes a mentor to young Dick. You can see shades of how Alfred must have guided young Bruce when his parents were killed. He had a long and successful career as an actor, mainly in Hammer horror films. He passed in 2011 at the age of 94.

Pat Hingle also returns as Commissioner Gordon. He does a fine job, as always. He had a great career in acting and passed in 2009 at the age of 84.

This movie was one of the greats. When we look back on it today, we can’t help but be influenced by the shadow of its sequel, Batman and Robin. Joel Shumacher turned away from the Beetlejuice stylings of Tm Burton and embraced a modernized take on the 1960’s aesthetic of the original show. It 100% worked, especially with the versions of the villains they chose. The movie was colorful and bombastic. I saw it a few times in the theater and wore that VHS out on many re-watches. As great as the film was, the true star is… 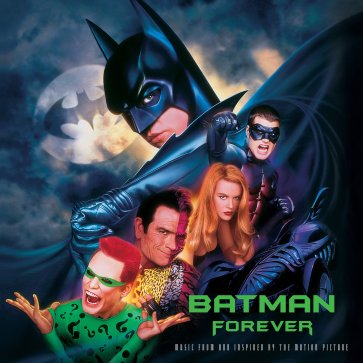 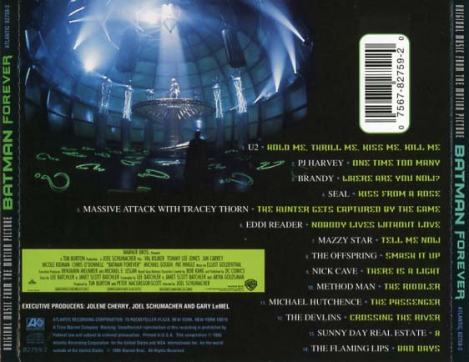 …the damn soundtrack! U2, Seal, and many others contributed to one of the best film soundtracks of the decade, perhaps ever. So many of these songs became hits, with Seal becoming a major star with “Kiss from a Rose”. Give it a listen, its outstanding.

With all that said and done, this was a damn good movie. My Batman (this series) rankings: