The 518th Film I have seen in theaters…

Taika Waititi continues his fantastic film streak with what just might be the best picture of 2019. In a world of reboots, remakes, and retreads, this easily stands apart as the best original film of the year. Nothing else is quite like it. 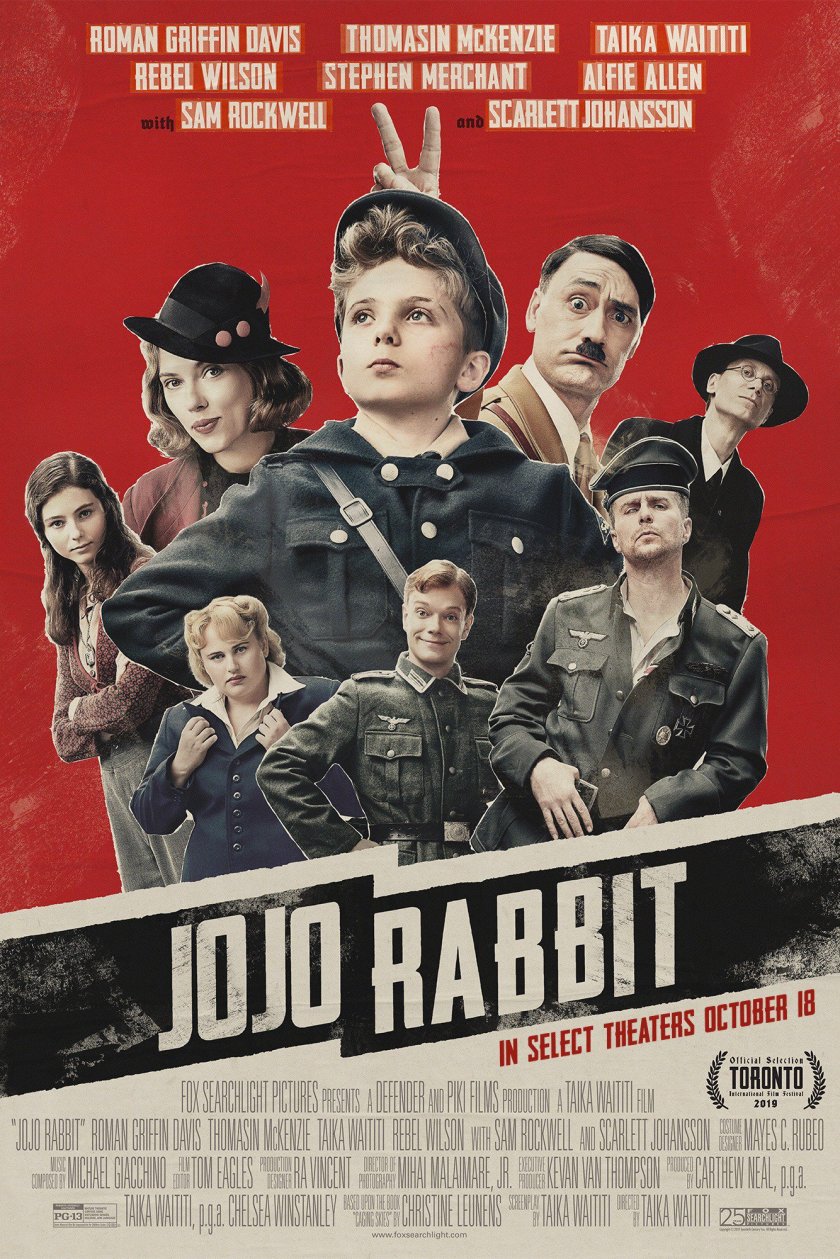 WWII is winding down, and young Jojo is a proud member of the Hitler youth. He lives with his mother and has an imaginary friend – Adolph Hitler. Jojo discovers that his mother is secretly harboring a young Jewish woman in their home. Torn between his duty to the Fatherland and love for his mom, Jojo begins to question everything he has been taught as he gets to know the young woman and forges a friendship.

Roman Griffith Davies makes his film debut as Jojo. I won’t lie, this is one of the best child performances I’ve seen in a long while. I was impressed that he bears a physical resemblance to Johansson.

Thomasin McKensie is Else, the Jewish girl. This was another strong performance. She is initially quite threatening to Jojo, for good reason, but softens as they grow to know each other.

Stealing the movie was Scarlett Johansson as Jojo’s mother Rosie. This was really a beautiful performance. Her hatred of the Nazis, love for her son, and empathy for Elsa all come together in what very well might earn her an Oscar win. She’s my leading contender at this point. Her “shoes” scene was easily the most powerful of the film. 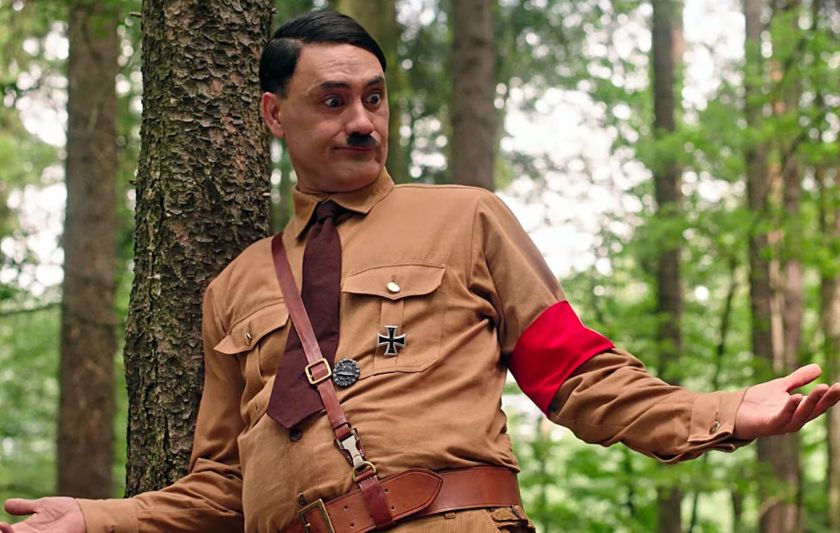 Initially silly, eventually threatening, Taika Waititi is possibly the only person who could have played this Hitler. Of course, its not really Hitler. This is Jojo’s imaginary friend, a stand in for his absent father. This guy is rapidly becoming one of my favorite filmmakers, and performers.

Sam Rockwell and Alfie Allen play Captain Klezendorf and Finkel, the guys in charge of the Hitler Youth. Alfie is funny but is mostly in a background role. Rockwell shines, as he always does, as the drunken screw up commander who, while a Nazi, is secretly a decent man. If you see Rockwell’s name on a film, you can be assured of a great performance. 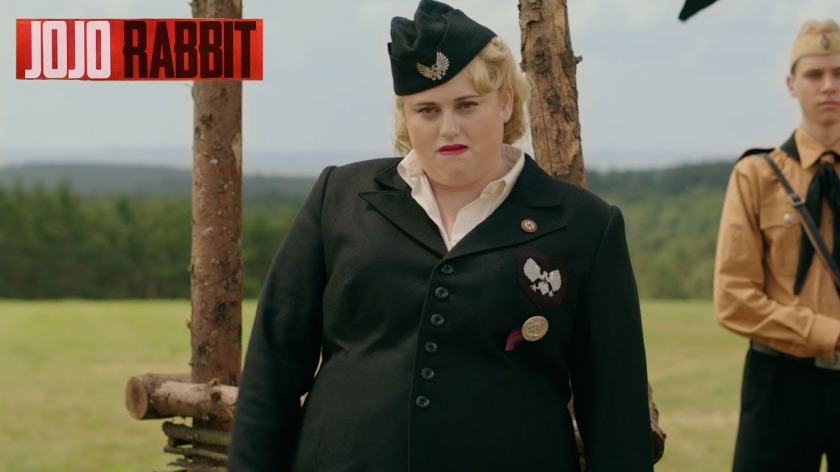 Full admission: I’ve not been a fan of Rebel Wilson. Her typical film does not particularly appeal to me, and the chubby Melissa McCarthy shtick has gotten a bit stale for me. She is very good here though. She is used sparingly and improves every scene she is in. I may need to re-evaluate her going forward.

Stephen Merchant is Deertz, the local Gestapo agent. His scene is both funny and terrifying, even more so when it is later revealed why he is visiting Jojo’s home. 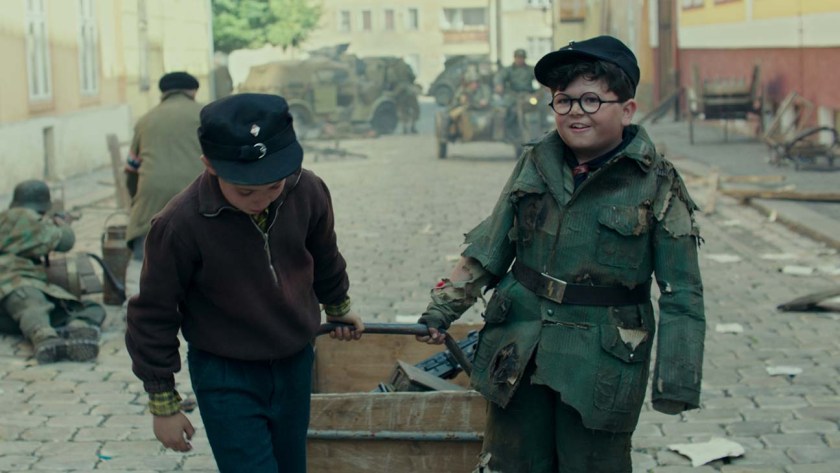 Finishing up the cast is Archie Yates, a funny bastard, as Yorkie, Jojo’s friend and fellow Nazi Youth. Waititi gave him some real gems in this script.

If I had seen this 19 days ago it would be my best film of 2019. Although I have seen it in 2020, it won’t be a contender for that prize on this site. It will be getting an honorable mention though. What has Taika Waititi done here? A touching coming of age tale about a Nazi, persecuted Jews, state executions and Hitler as a kid’s imaginary pal. He took that premise and created something incredibly funny, incredibly moving, and remarkably well crafted. Scenes echo each other and the whole thing ties together in a fantastic way.

I honestly can’t see anyone else make this movie. We all have our lists of the “All Time Greats” in various fields of interest. He may make that cut some day. If I were to list my favorite directors working today, he is near the top of that list. If I see Waititi or Villeneuve listed on the credits, my ticket is guaranteed.