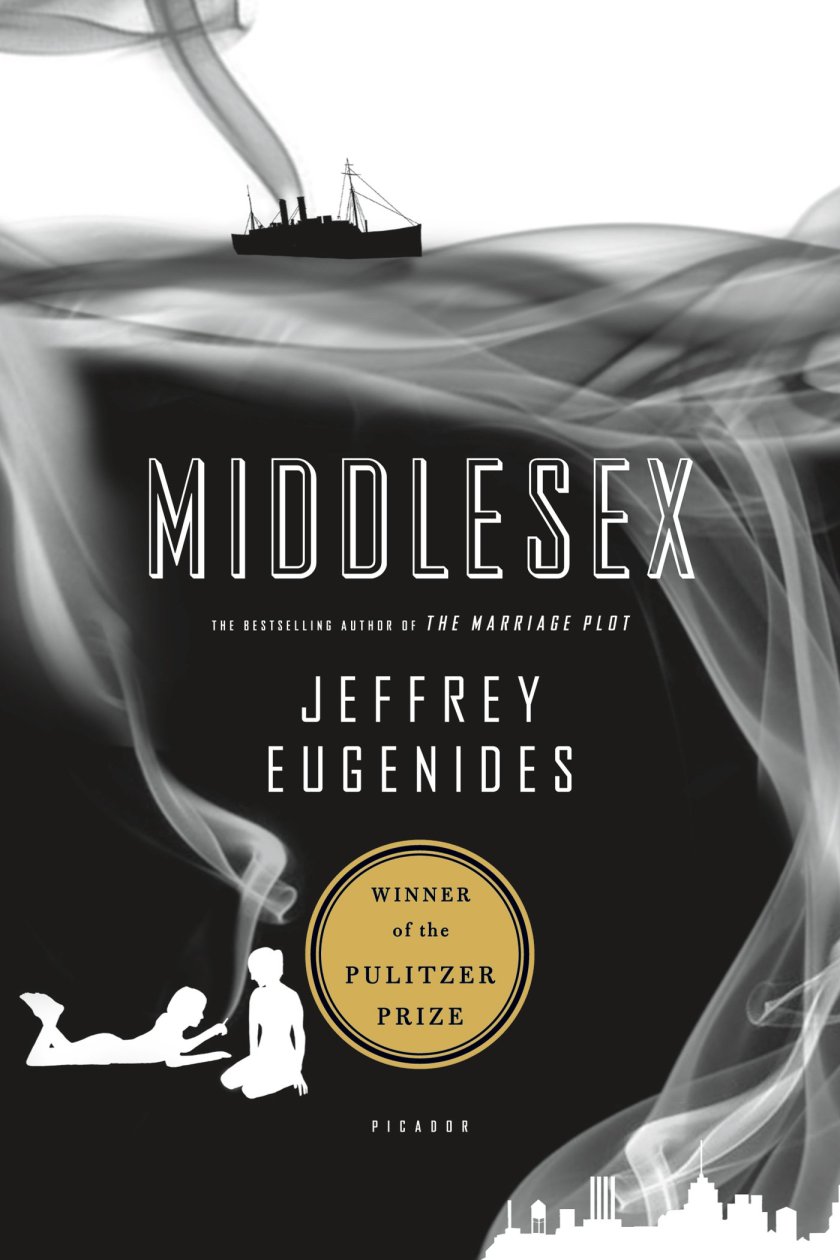 Strongly recommended by my old friend Aubrey, this is the story of several generations of the Stephanides family. Our main character is Cal/Calliope, a young man who is born with a recessive gene which caused him to display female characteristics in his early life. Because of this, his parents had no idea he was a boy and raised him as a girl. When he hits puberty, the truth is revealed and Cal, and his family, must deal with the repercussions.

Cal’s story is interspersed with chapters telling the history of his family beginning in the 1920’s. We first meet Cal’s grandparents, Lefty and Desdemona. They are brother and sister. This incest is the origin of the genetic issues in Cal. We follow them as the flee Greece when it’s government collapses as the country is invaded. On the ship to America, no one knows that they are siblings, so they pretend to be young lovers and are married on board. They come to America and start their lives in Detroit living with a cousin, Lina.

We follow the course of their lives as they have a son, Milton. Cousin Lina has a daughter, Tessie. The two fall in love and marry. Their child is Cal, the product of cousins marrying with grandparents that were siblings. We follow Cal as he deals with the pressures of adolescence and burgeoning sexuality. All of this is set against the backdrop of Detroit as it deals with crime, automobile factories, and racial tension in the 60’s. The story ends in the modern day as Cal meets a woman and tentatively starts a relationship.

Simply put, this book was excellent. It was bestowed numerous honors, including the Pulitzer. It is also a truly unique book; I’ve never read anything quite like it. The subject matter is far outside my personal experiences, yet he makes Cal feel like you’ve known him all your life. The development of his parents and grandparents are also astonishingly well executed. While incest is, to me at least, abhorrent Eugenides manages to make the situation completely sympathetic. We don’t hate Lefty and Des for their relationship. In fact they might be the best two characters in the book. We love them, and Lefty’s passing is a true gut punch when it comes.

Do yourself a favor and find a copy. This book is from 2002 so it should be very easy to get a hold of.