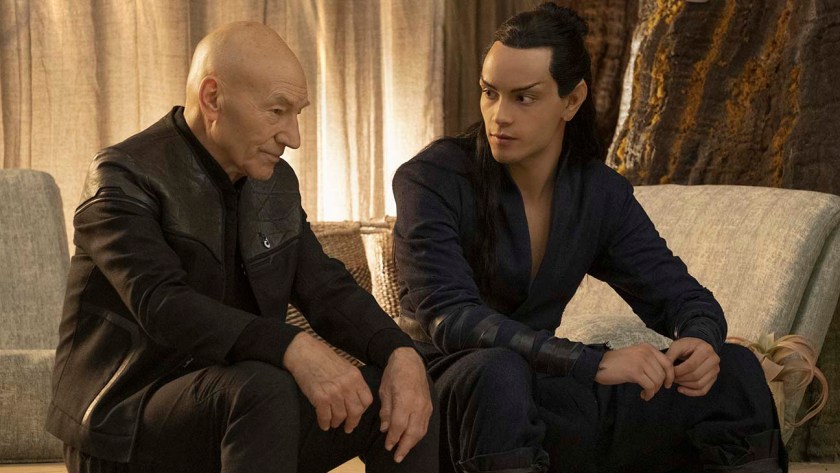 Picard gets ahead of things as he visits  a Romulan colony world to find some help. 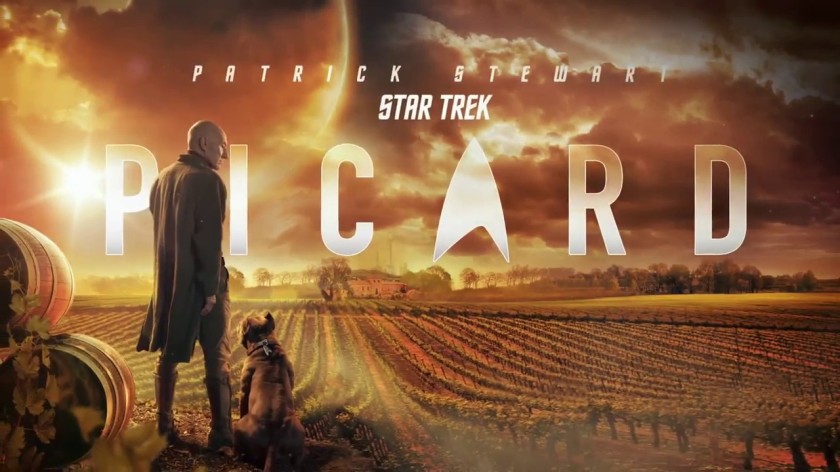 This series seems to begin each episode with a dream or flashback sequence to fill in some needed backstory. This one is no different. We see Picard in the year 2385. The Romulan evacuation is in full swing and he is visiting a planet called Vashti. He is well respected among the Romulan refugees on the world and has a friendship with Qowat Milat, an order of Romulan warrior nuns. They have taken in a young boy, Elnor, to whom Picard has taken a liking. They form something of a father/son relationship, a relationship that is cut short when the Synths attack Mars. Picard is called back to Earth and upon resigning did not return to see to Elnor.

Now that he has a ship, Picard sets course for Vashti to seek the aid of the nuns in his quest and to see what became of Elnor. He discovers that the planet, and whole region, has dissolved into lawlessness upon the withdrawal of the Federation. Gangs run the streets and Picard is not welcome. He makes his way to the nuns and discovers that Elnor is still there and has trained to become one of the order. Being a man, he is unable to join the nuns, and is in a state of limbo on the world. Picard makes his case to the nuns, and they suggest he take Elnor with him. Elnor is harboring resentment over being abandoned by Picard all those years earlier and refuses to help.

Back on the Borg Cube, Soji and Narek play some physiological games with each other as Narek tries to discover the location of the other androids. Soji continues to seek the answer to what happened on that Borg cube. Rizzo, Narek’s sister, gives him one week to get what is needed or more violent methods will be used against Soji. Not much happening on this front.

Picard is accosted on Vashti by a former Romulan Senator and is rescued, quite violently, by Elnor – who has had a change of heart. They are beamed aboard the ship where Picard scolds him for killing the Romulans in his defense. A classic Romulan bird of prey, piloted by the local warlords, attack the ship. They are saved by a small attack vessel which sustains heavy damage. They beam the pilot aboard only to discover that it is Seven of Nine. 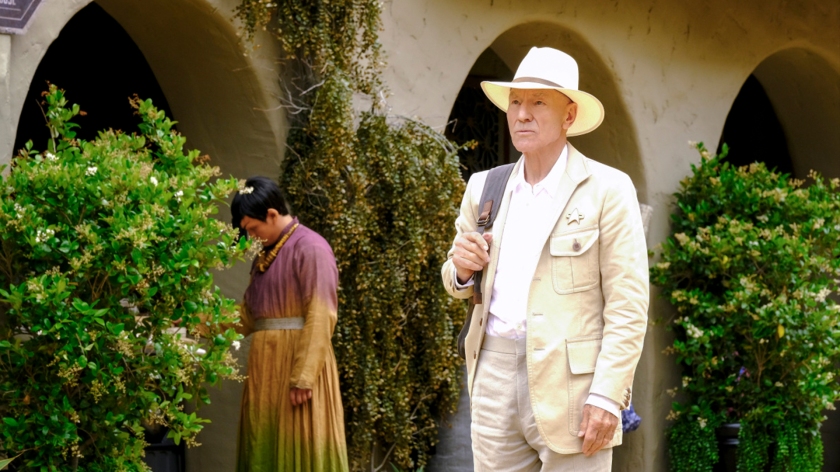 Picard struggles with his guilt over the abandonment of the Romulans. The addition of Elnor as a surrogate son adds a fascinating element to the story. One of Picard’s great regrets is never having a family. This adds a wonderful wrinkle to the proceedings. 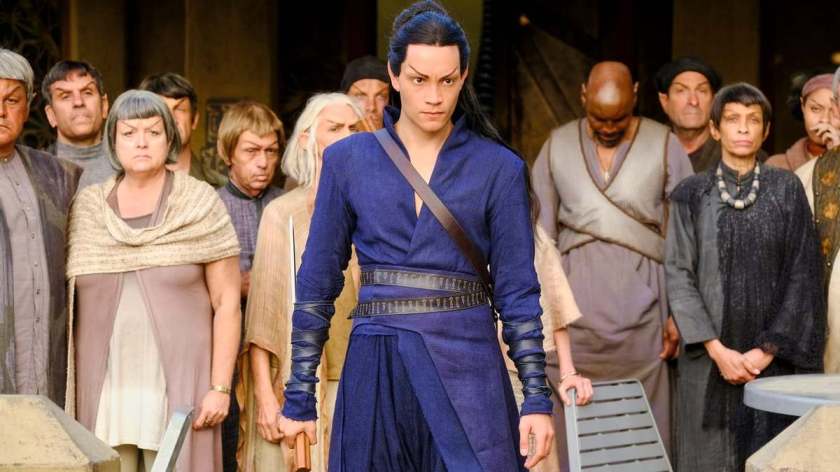 Evan Evagora joins the cast as Elnor. Right from the start, this guy stakes out a claim to be my favorite new character. Picard’s long lost surrogate son who happens to be the Romulan equivalent of a Samurai?! Add into the mix the character’s mixed emotions over helping Picard and you have the makings of great drama. 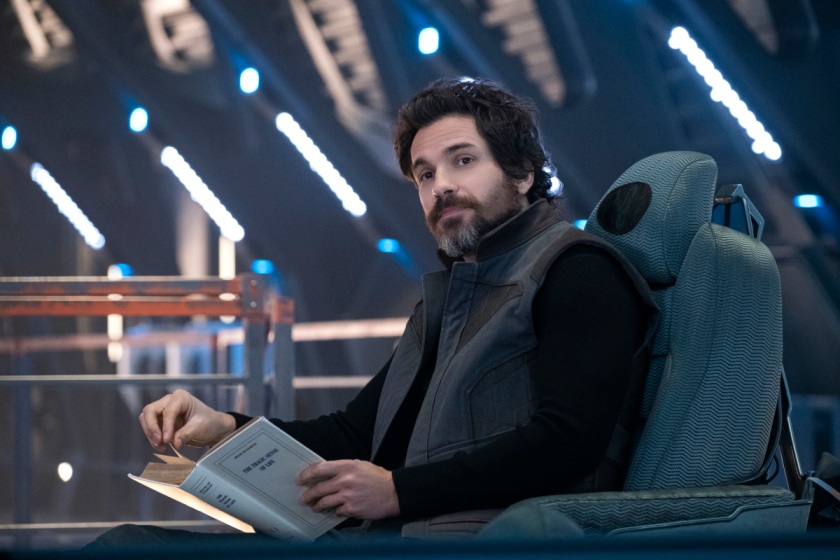 Santiago Cabrera continues to shine as Captain Rios. I love that this ship has holographic doctors, hospitality managers, and now a tactical holo, all modeled after Rios but with different personalities. Perfect. 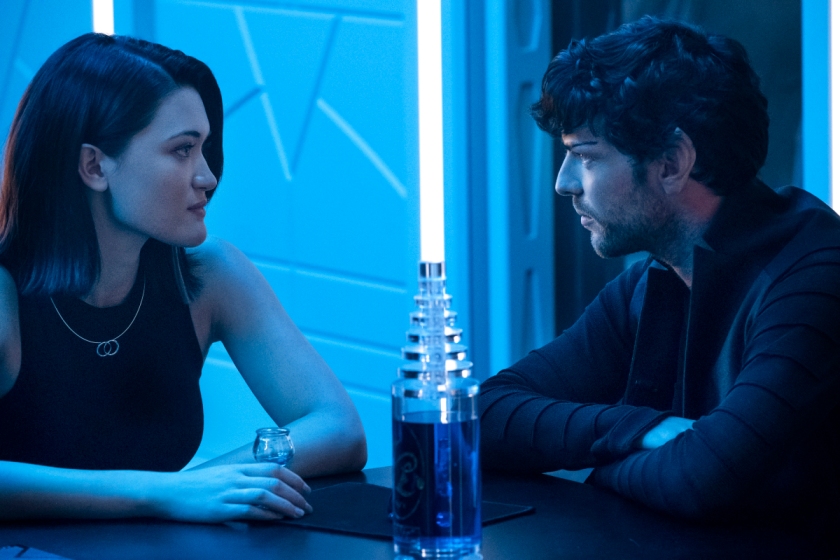 I continue to wonder exactly what Soji is about. Why is she trying to get info on this Borg/Romulan incident? So many questions and I can’t wait to see the answer.

Jeri Ryan makes her return as Seven of Nine. I did not realize how much I’d missed this character. She only makes a brief appearance, before passing out, in this episode. I expect next week will elaborate on what Seven has been up to. I love that in between Voyager and Nemesis Picard and Seven got acquainted. I’m looking forward to seeing what that relationship involves.

Jonthan Frakes makes his directorial debut and he delivers, as always. This might be my favorite episode thus far. This show has a wonderful ability to world-build and develop compelling characters. Elnor is a prime example of this. This is doing an amazing job of building on the legacy of the 90’s and expanding it in unexpected ways. I’ll say again, Picard has a Romulan surrogate son that is a Samurai. Who would have guessed that.