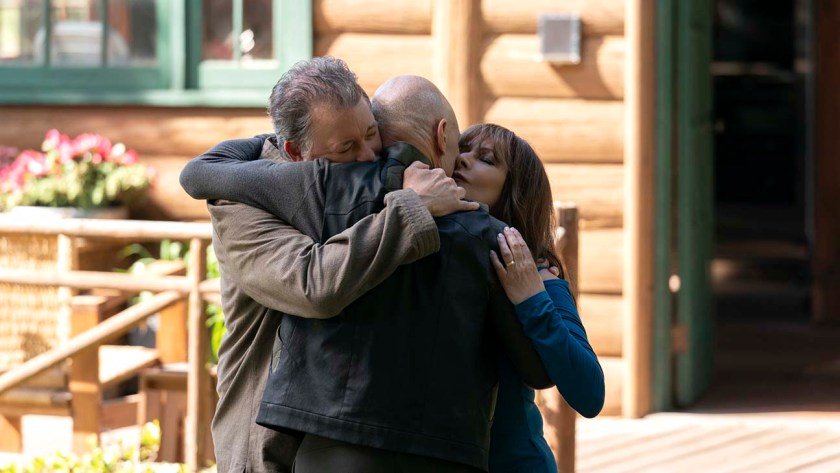 The episode opens with a flashback to Commodore Oh meeting Dr Jurati way back at the start of the season. It reveals that Oh mind-melded with Jurati, allowing her to see what would happen if the Synthetics are allowed to live. This is the reason she killed Maddox. Unknown to the crew, she consumed a tracker that will allow Narek to track La Sirena, wherever it goes.

Rios tries to evade Narek, but without avail. He figures that they are tracking the ship and suspects Raffi to be a double agent. While this is happening, Jurati comes to terms with what she has done and refuses to endanger the crew any further. She shoots some sort of toxin into her bloodstream and she drops into a Coma, preventing Narek from tracking the ship.

Back on the Borg Cube, Narissa has Hugh and his Borg lined up for questioning. When Hugh refuse to cooperate, she orders the Borg killed. All of his people are dead, but Elnor jumps in to save Hugh before he is destroyed. Hugh tells Elnor that they need a Borg to access the Queen’s Chamber to escape the cube. Before they can get there, Narissa appears and fights Elnor. During the fight Hugh is killed. Desperate, Elnor activates the Fenris Ranger beacon given to Picard by Seven of Nine.

Picard and Soji, having used the transporter in episode 6, arrive on Nepenthe. They are “accosted” by a wild looking young girl who Picard knows to be Kestra, daughter of William Riker and Deanna Troi. He has taken Soji to their home to find refuge. Picard has moments with his former crew where he must admit that he is in over his head. We learn that Riker and Troi came to Nepenthe in hopes of curing their son, Thaddeus. He suffered from a rare silicon based disease that might have been cured if synthetic research had not been banned. The boy died, and our favorite TNG couple are trying to live their lives in peace. Soji finally learns her true origins and accepts that she is an android. After much soul searching, Picard and Soji come to trust each other and decide to work as a team. La Sirena picks them up.

This, as always, was a terrific episode for Patrick Stewart. We experience his joy at seeing his old friends, try to reach out to Soji, and find that he is out of his depth. The Captain of the Enterprise, always in command, has no idea what he is doing. It was remarkable to watch. 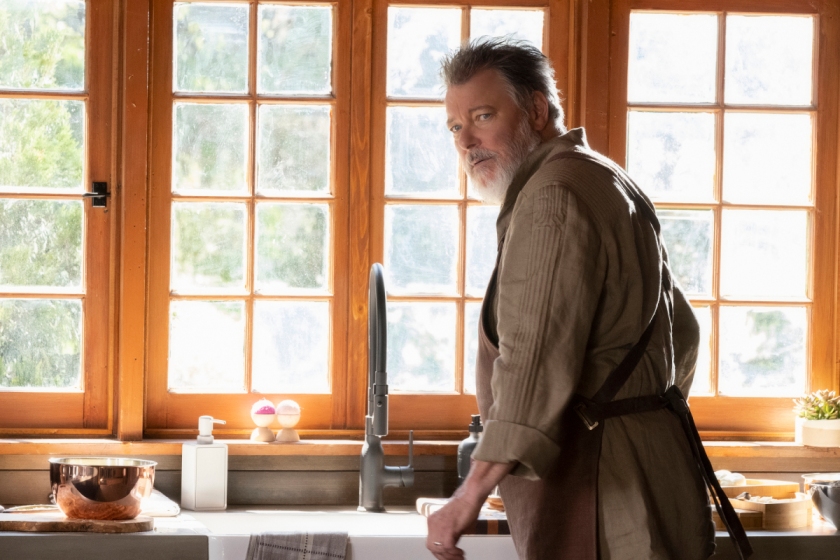 Few things will put a smile on your face like Jonathan Frakes reprising his role of William Riker. Riker has taken to domestic life, being quite the chef. He also has that twinge of sorrow, due to the death of his son. Frakes hasn’t acted in a while, but he’s still got it. 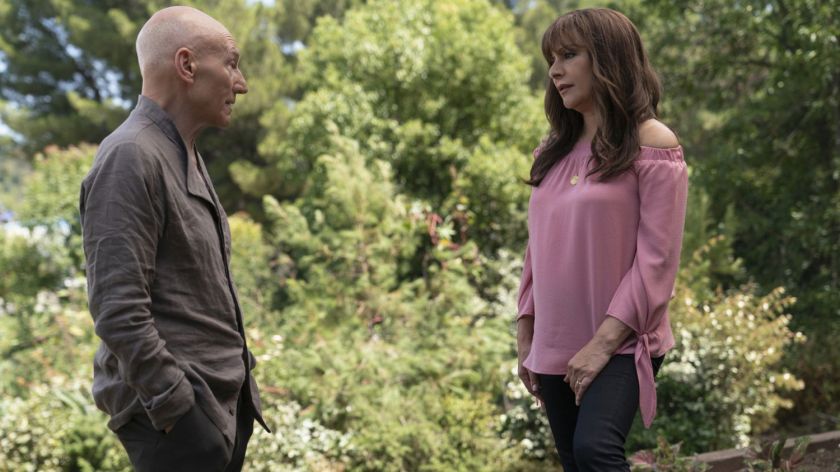 Marina Sirtis returns as Deanna Troi. Always more emotionally expressive, Deanna’s sorrow over the loss of her son is painted on Sirtis’ face. This might honestly be the best performance she has ever given as Troi. We even get to see her be the “counselor” again as she helps Soji come to terms with her situation. 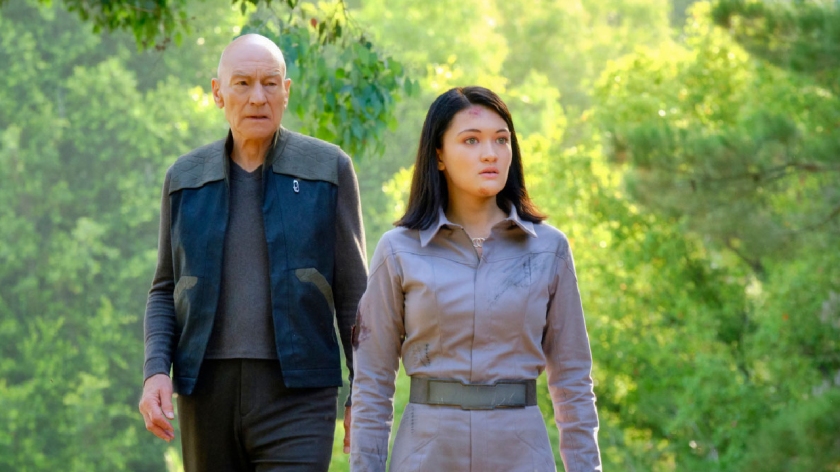 Isa Briones has a fantastic episode as Soji this week. She finally gets to “The moment”, the point where she learns that she is an android. It happens quite casually as Picard mentions to Kestra that her father was Commander Data, not realizing that the kid would blurt out “You’re an android!?” By the end of the episode she has come around to trusting Picard, I hope this is the start of a wonderful friendship for these two characters.

Lulu Wilson steals the damn show as Kestra, Will and Deanna’s daughter. This kid is awesome, and a fine actress. I loved how she bonded with Soji and helped her through her issues. I hope we see more of her in the future. Wilson has been appearing in various horror films to this point. This is an actress to watch. There is a lot of potential here.

Peyton List solidifies herself as the main villain of this show. Narissa is cold, calculating, and quite formidable. I am looking forward to a possible Narissa/Seven showdown next week.

Alison Pill has a good showing this week as Jurati struggles with what she’s become. It will be interesting to see what happens when she wakes up from her coma and must explain herself.

Incredibly, this episode is the best yet. This show is seeing a stunning increase in quality each week. A part of this is our growing connection to these characters and investment in the story. I am really damn curious about where they go next and what the truth of Soji’s “home” is. Whats the story with this Romulan conspiracy? With the mind-meld used as indoctrination for Jurati, I wonder if this Zhat Vash is perpetuated in like manner. Some horrific AI incident centuries in the past caused them to band together to prevent it from happening again. They remain secret by having no written record, all is communicated by mind-meld. In the words of the great Spock: Fascinating.

What this show is doing with the returning characters is phenomenal. It’s not just “Oh, lets visit Riker and Troi and everything is the same as it ever was”. These are still Riker and Troi, but they’ve changed. They’ve had a past added to them. They lost a kid, and that wound cuts deep. This is the same thing they did with Seven a few weeks back. These writers respect these characters and understand how to develop and reveal them to us in interesting ways. I can’t believe there are only 3 episodes left!!!