The Adonis Creed saga continues as he faces the son of his father’s killer.

all images property of MGM/WB

A few years have passed since Adonis Creed got his big shot in “Creed”. Now he faces the current champion and wins handily. He has followed in his father’s footsteps and become the World Heavyweight Champ. Along with the glory of this moment comes the shadow of Apollo and Adonis’ fear of living up to it. Waiting in the wings are the Dragos, Ivan and Viktor. 33 years earlier, Ivan killed Adonis’ father Apollo in the ring during “Rocky IV”. Now Viktor, the son, wants to fight Creed and get vengeance for his father.  Adonis must come to terms with his past (dad), future (newborn), and himself if he is to prevail. Michael B. Jordan is the real deal. This man is a PHENOMENAL actor. My wife is not a devotee of Rocky, but she happened to pass by the TV during his first fight against Drago. She was in the kitchen during the fight, but was drawn in during the aftermath, as Adonis lay broken in the hospital. She even remarked at one point during an emotional scene from Jordan: “wow, this is good”. She stayed for the acting and left mid-training montage as she didn’t need to see the final fight (Good guy always wins).

Rocky has a little less to do this time around, but that is proper. This is Creed’s story, not his. Even then, the film uses him wonderfully. Having survived cancer, Rocky is dealing with the sadness of there being no one in his life but Adonis. He has become estranged from his son Robert, and can’t find the courage to call him. When faced with the memory of Apollo’s death, Rocky refuses to train Adonis. This ends badly for Adonis and puts even more guilt on Rocky. They eventually come back together to rally for the final fight. Rocky’s part in the film (and maybe the entire series) ends wonderfully. More on that at the end of this section. 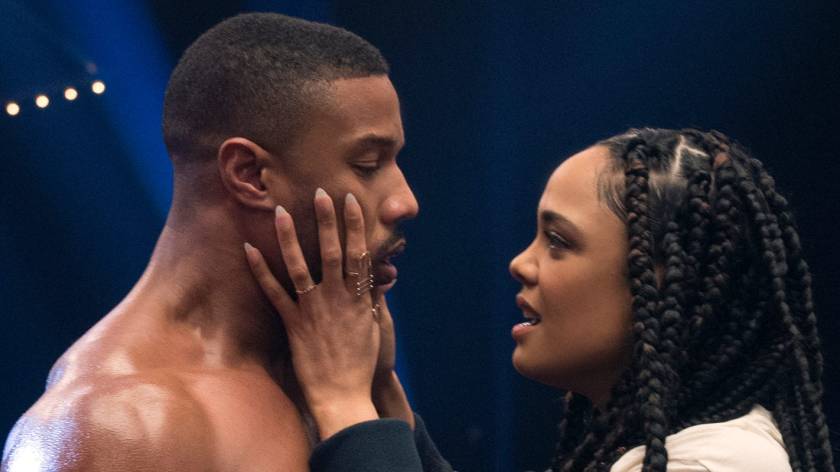 Talk about another actor that is rising faster than a rocket. Tessa Thompson has been on fire these past few years. She returns here as Bianca, Adonis’ girlfriend/fiancee. As predicted when I saw “Creed”, Bianca’s hearing loss continues to be a driving focus of her character. A musician that is losing their hearing is bad enough, but to have her daughter suffer the same malady? Pure excellent drama. She handles it wonderfully, while trying to be supportive of, yet fearful for, Adonis.

Phylicia Rashad is back as Mary Anne, Apollo’s widow. Her few scenes are good ones. Facing the news that Adonis will fight Drago was powerful. She knows he’s a grown man and can make his own choices, but the memories of Apollo’s death are always with her. I liked that at the end she is ringside to support him. It felt cathartic for the character. I doubt she’s been to a boxing match since her husband died.

Dolph Lundgren is Ivan Drago, and he might be the best part of picture. In IV, Drago was a cold killing machine. Now we have a man that’s been beaten down by life. After losing 33 years earlier, the Soviet Union abandoned him. His wife left him and their son, because she doesn’t associate with losers. Poor, living in an apartment, He did the only thing he knew, boxing. He trains his son to be just as lethal as he was. The arc of this character was terrific as he sees his son following the same path as he did.

Florian “Big Nasty”Munteanu plays Viktor Drago. This guy doesn’t have many lines, but is very effective. His disdain for the Russian elites who abandoned his father in the 80’s comes across fantastically when his estranged mother shows up with them. I have a sneaking suspicion that we’ve not seen the last of this guy. More on that.

Wood Harris is Tony “Little Duke” Evers, son of Duke, Apollo’s, and later Rocky’s, trainer. In part 1 he refuses to train Adonis. After Rocky declines to get involved with Drago, Adonis turns to Duke for training. It doesn’t go so well for them, but its not entirely Duke’s fault. With the rumors that Stallone will not be involved in Creed III, I suspect he might become the main trainer, but there is another option. More on that.

Brigette Nielsen, Stallone’s ex-wife (awkward) returns as Ludmilla, Drago’s ex-wife. She doesn’t have much interaction with her family in this, only showing up when they are winners, and abandoning them again when Viktor is losing. 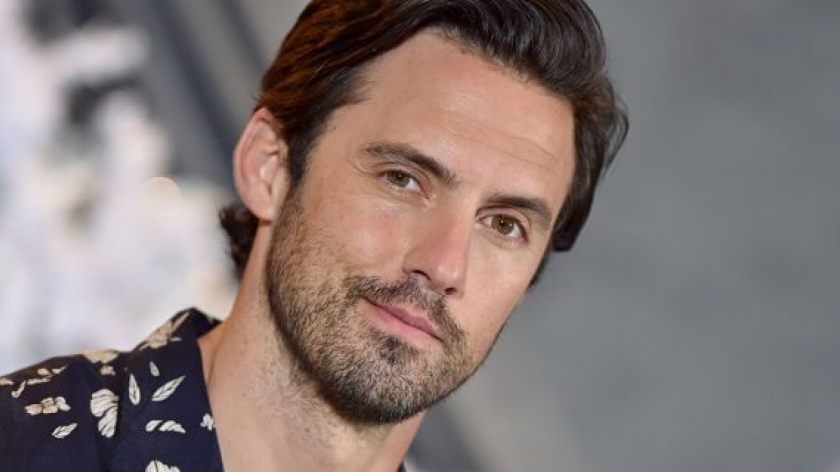 In my favorite goddamn appearance of this film, Milo Ventimiglia, reprises his role from “Rocky Balboa” as Rocky “Robert” Balboa Jr. At the end of the film, Rocky finally gets together the courage and goes to Vancouver to see his son and meet his grandson, who he remarks looks just like Adrian. It was emotional AF and I may or may not have cried.

If this is the last onscreen appearance of Rocky Balboa then it was a good one. I have a suspicion that this is not the case, but it is what Stallone was saying for a time. After the fight, Rocky tells Adonis “It’s your time now” and walks away. This felt like a goodbye, in this series at least, for the character. I’ve heard that he wants to make Rocky 7, with Balboa taking on another fighter (an illegal immigrant), but I am not sure the status of that. I can certainly understand Stallone’s hesitation to appear in part III. These films follow a formula.

Yeah, we know that if he is in Creed III we will see Rocky’s headstone alongside Adrian and Paulie. That scene IS going to happen in a film. I’m just not sure if Stallone is, or will ever be, ready to close the book on Balboa. Alternatively, Phylicia Rashad might be the one to die. Loss of a mother figure is just as important. There are rumblings that Clubber Lang “Mr T” will be back with HIS son to fight Adonis, which just seems silly after a while. They will have then run out of kids for him to battle, lol. Then again, it took me 17 months to find the courage to see this movie. I thought the Drago angle would be stupid. I was wrong.

Whether Rocky lives or dies, he is not likely to be Adonis’ trainer in part 3. Little Duke is an obvious choice, but I think they will go in a different direction. There was a scene cut from the end of this film where Rocky/Adonis and Ivan/Viktor reconcile their differences. I suspect it was excised because of the plot of the next film. In my general plot breakdown, above, I left some things out. Rocky III had one other defining characteristic that will likely carry forward. No, not Mr T or Hulk Hogan.

Yeah, I see Adonis working with Ivan and Viktor in part III. How incredible a story it would be to see Ivan and his son find someone to connect with. They are alone, used their whole lives. Now they have a chance to make a connection with Adonis, putting the past behind them. It would be powerful as hell, for all of the characters. Lundgren would be perfect for this. I hope this is where they are going.

Behind the screen, we had Steven Caple Jr step in as director after the amazing work by Ryan Coogler. Stallone had a great quote on this guy, and it was true:

“I believe it’s important for the director to also be a part of this generation like I was in mine, to make the story as relatable as possible.”

Ludwig Göransson returns to score the film, and once again SLAYED ME! His Adonis theme is power and emotional. He plays around with it a bit in this film, using different variations to convey emotion. His use of the old themes by Bill Conti were excellent, again as in part 1.

Kramer Morgenthau replaces Maryse Alberti as cinematographer, which had me a little worried, but needlessly. This was another beautiful movie. The scene with Adnois floating at the bottom of his swimming pool might be my favorite shot of any movie I’ve seen recently.

I’ve said a lot on this, far more than my normal “skinny” reviews, but I have something else to say.

Watching these films is ALWAYS emotional for me. A part of this is the excellent writing, music, and acting. The other part is memory, nostalgia. My father was not a movie fan,  he watched sports almost exclusively. In fact in my entire time with him I only saw him watch 4 things. Kung Fu (David Carradine), The Godfather series, The Incredible Hulk (Bill Bixby), and Rocky. I think my dad identified with this guy “from the neighborhood “, of his generation, who just wanted a shot. He raised us with these films and they are unassailable to me, even Rocky V. I thought that “Rocky Balboa” was as close as they were going to come to the magic of the first one, but I was wrong. Creed stepped it up and this one followed, of similar quality. So, where does it stand?