The 28th film I have seen in theaters…

The other great bowling comedy of the 1990’s 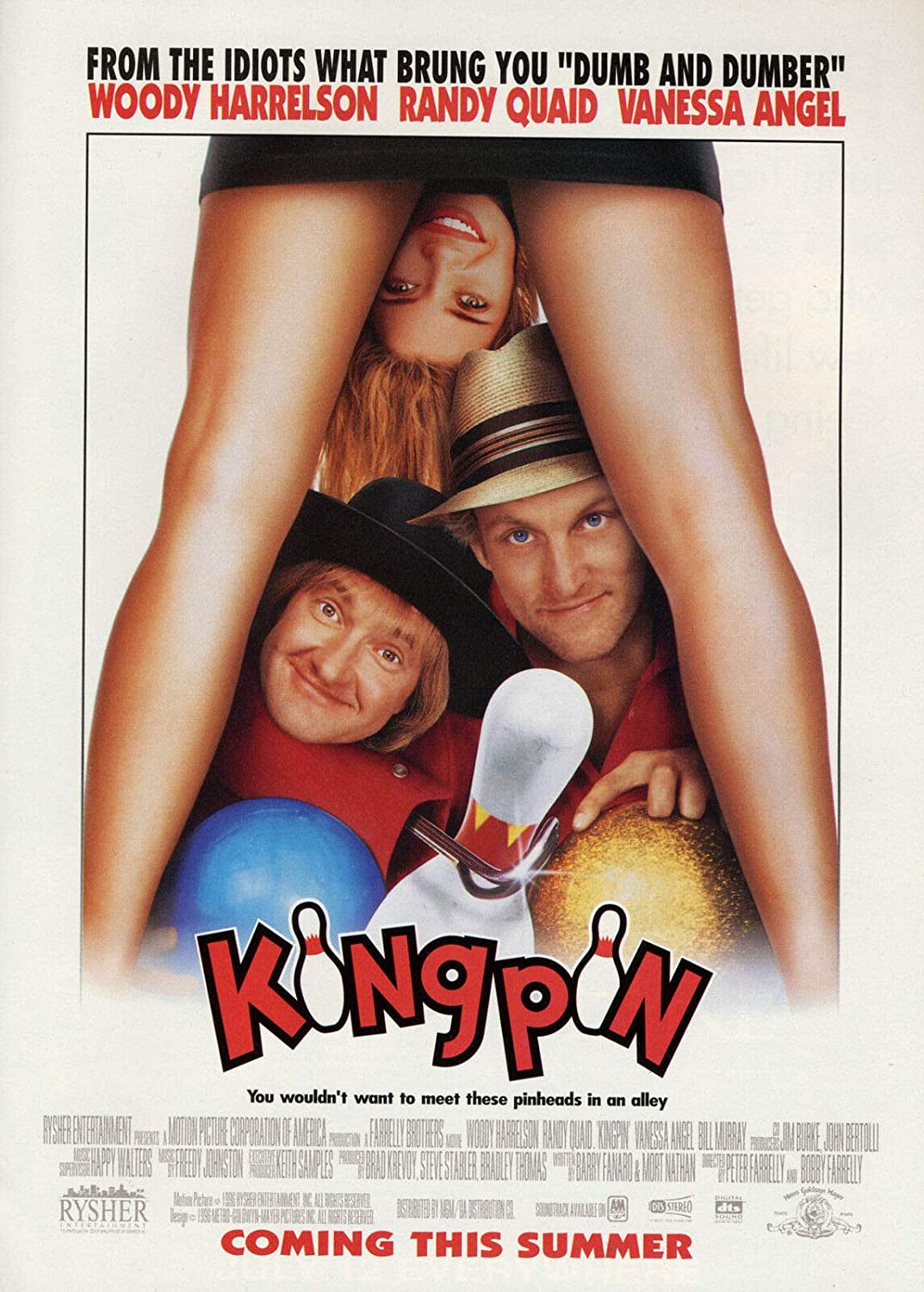 In 1979, bowler Roy Munson beat Ernie McCracken for the Iowa state championship. To get revenge, Ernie ropes Roy into hustling some locals at a bowling alley. They are caught. Ernie gets away, but Roy is punished: losing his hand.

20 or so years later, Roy meets Ishmael, an Amish man with a secret passion for bowling. Roy sees a meal ticket. The family farm being in danger of foreclosure, Ismael enlists to compete in a 1 million dollar bowling tournament. Along the way they meet up with Claudia, girlfriend of someone the men hustle. They make their way to Las Vegas and face off against Ernie McCracken himself!

Munson. That word remains in usage amongst some of us today. He was brought to life by Woody Harrelson. This was his follow up to “The People vs Larry Flynt”. Woody was already well established as a comedic and serious actor, which he would expand over the ensuing decades. He is still acting, and is still great.

This guy was a great actor. His first movie was “The Last Picture Show” for God’s sake. He is forever enshrined in pop culture as Cousin Eddie in the Vacation films. He was incredibly prolific as well, this being his follow up to Independence Day. He hit the perfect notes as Ishmael. One of his best roles. He also appears to have slowly descended into madness. He worked steadily until 2006, then had few projects thereafter. It seems to have started with a financial dispute over Brokeback Mountain. This led, from what I can see, to him being blackballed by Hollywood. He then went down a path of burglary, fraud, arrests, conspiracy theories, Trumpism, and one of the strangest sex tapes ever made. (He screwed his wife while she wore a Rupert Murdoch mask). Last I heard he was holed up in Vermont, with the stipulation that if he ever left the state he would be arrested. Bizarre.

Vanessa Angel, one of the great beauties of the era, played Claudia, the woman who scams the men, but later reforms and helps them. She was in many projects over the years,  from “Spies like Us” to the “Weird Science” tv show. Her career seems to have slowed a bit over the last decade.

The villain of the piece. Bill Murray follows “Ed Wood” with this, playing Ernie McCracken. He damn near stole the movie. Not much needs to be said about Bill Murray. He has been consistently amazing in damn near all his projects for 5 decades, soon to be 6 I am sure. He is still around, golfing, making great movies, and popping up in the strangest places as he wanders the world like Carradine in Kung Fu.

A special shout-out to Lin Shaye in one of the most memorable parts of the film…..

This was a good movie. The Farrelly Brothers, who hail from my neck of the country, followed up Dumb and Dumber with this, their second film. They steadily made films, some good, some terrible, with Green Book being Peter Farrelly’s latest film (which won the Best Picture Oscar). It was a perfect film for the mid-90’s.