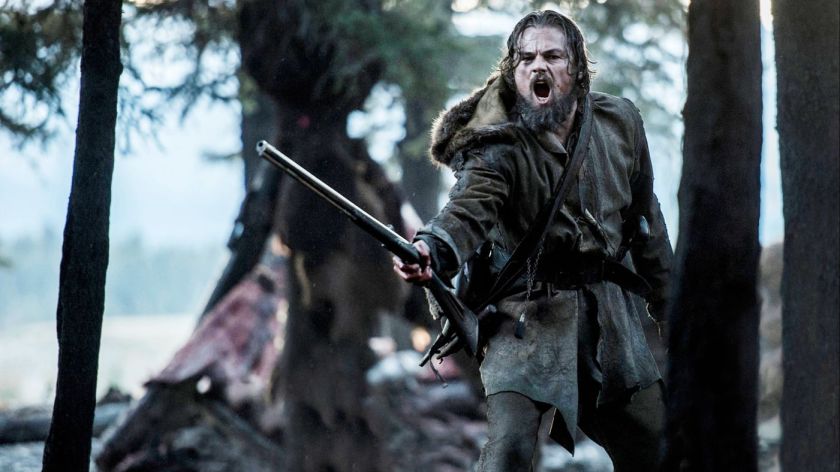 The night is here! My picks are Red and Bold. After the show, this page will be updated with the winners. They will be Green if I picked right, Red if i was wrong. Last year I picked 12/24 right. Lets hope this year is better! Commentary where I feel it is needed.

Best motion picture of the year

I struggled with this one. In the end, it comes down to Revenant, Mad Max, and Spotlight. As much as I want Mad Max to win, I think the other 2 will have a better shot. I truly cannot choose between the two, so a coin toss is in the cards. Revenant it is!
“The Big Short”
“Bridge of Spies”
“Brooklyn”
“Mad Max: Fury Road”
“The Martian”
“The Revenant”
“Room”
“Spotlight”

UPDATE: A Coin toss it was. Despite the loss, I am happy with the choice as it is a personal story to me. One of my childhood priests was amongst the accused.

Performance by an actor in a leading role:

Without a doubt, it is DiCaprio’s. Not just becuase it is “his turn”, he earned it.

Performance by an actress in a leading role:

UPDATE: I had a feeling she might sneak in there. Powerful work.

Performance by an actor in a supporting role:

I have a sneaking suspicion that Ruffalo goes home with it.

UPDATE: I was wrong. As I was looking at the list this morning, I remember thinking that Rylance did a great job, but its was such a subtle performance that the Academy would never give an oscar to him for it. I was happily mistaken.

Performance by an actress in a supporting role:
Jennifer Jason Leigh in “The Hateful Eight”
Rooney Mara in “Carol”
Rachel McAdams in “Spotlight”
Alicia Vikander in “The Danish Girl”
Kate Winslet in “Steve Jobs”

UPDATE: I think Leigh was robbed, and Vikander was nominated for the wrong film.

Best animated feature film of the year:
“Anomalisa” Charlie Kaufman, Duke Johnson and Rosa Tran
“Boy and the World” Alê Abreu
“Inside Out” Pete Docter and Jonas Rivera
“Shaun the Sheep Movie” Mark Burton and Richard Starzak
“When Marnie Was There” Hiromasa Yonebayashi and Yoshiaki Nishimura

UPDATE:I must see this now.

UPDATE: The damndest thing was happening to me. I did nto care for this song when I saw the film. As Smith was singing it tonight I and the wife were both thinking how good it was. fucker.

Well! Not too shabby. As usual, my lack of viewing of documentary, animated, and short films handicapped me. I scored 13/24- 54% slightly ahead of last year.

Of the categories I made an educated guess at, rather than blind picks, I scored 13/18- 72%. Lesson here? See all the films next time. Especially the shorts!