The 445th film I have seen in theaters…

They made me an offer I could not refuse. A 45th anniversary screening for my 445th film. 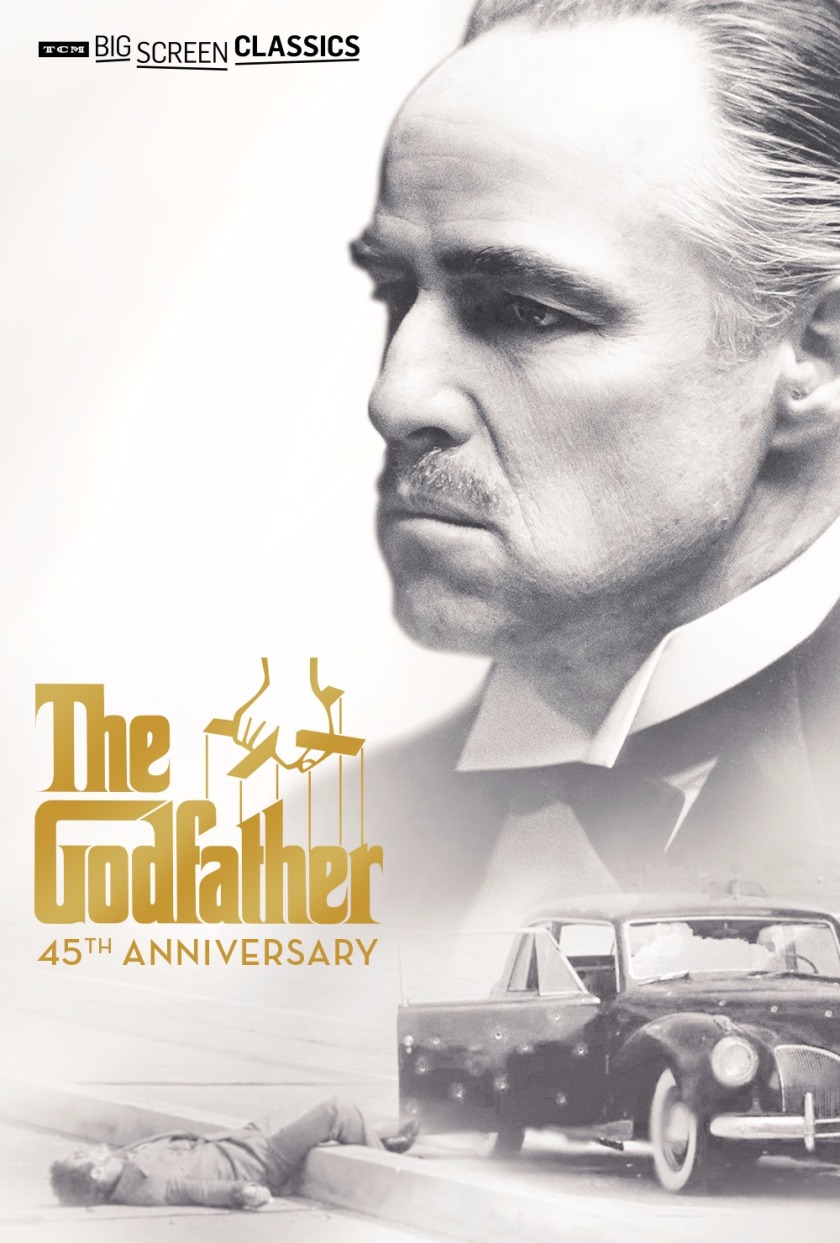 Michael Corleone returns home after fighting in WW2. He hopes to go to school, but is dragged into his father’s business, the mafia. As Michael gets sucked into the dark underworld, the Corleone family fights for survival as their enemies close in.

Seriously, this is a friggin classic. If you don’t know the plot, or have no seen this, get your ass to redbox or netflix, and watch!

Marlon Brando, already a screen legend, turned in his most iconic performance as Vito Corleone. Think of how many times you have seen this guy imitated. Brando was a star. The scene where he learns that Sonny died still kills me. He passed in 2004. 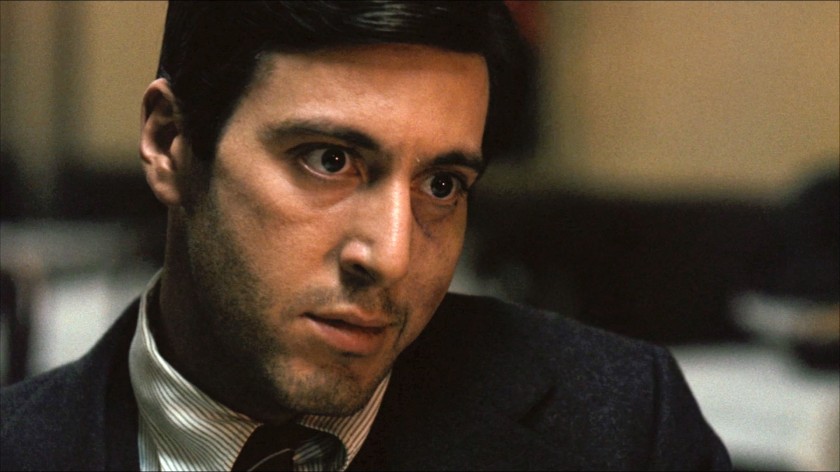 Ostensibly the star of the film, Al Pacino exploded onto pop culture as Michael Corleone (whom I am said to be named after). He went on to have a fantastic career. He has slowed down a bit, but he is still plugging away. Look at the photo above. The acting is all in his eyes and he approaches the point of no return- the murder of the McClusky and Sollozzo.

James Caan as Sonny Corleone. This is probably the most famous death scene in the history of cinema. He would go on to a solid career which is still going well. His Sonny was a force of nature. he was pure physicality on all levels- lover and killer.

This was the first major role for Diane Keaton, but far from the last. If Caan had the most famous death scene, then Keaton has the most famous final scene in a film. The door closing on her remains an iconic image. Keaton would go on to star in numerous films, especially with Woody Allen. She is still performing today, and is one of the best actresses in film. Her best work in the series lays ahead in part 2.

This guy was a secret weapon. John Cazale was never the star of the films he was in, but he was a major player. A Massachusetts boy like me, Cazale was regarded as a powerfully emotional actor. He was prolific on the stage, but only appeared in 5 films while alive (1 in death via archival footage- Godfather 3). All six of these films were nominated for an Academy Award for Best Picture. Think about that. Everything he did. Losing him was a tremendous blow. Fredo’s sensitivity brought a different dimension to this film. This would be expanded in Part II where Fredo’s betrayal of Michael and assassination would be remembered as one of the greatest moments in American cinema. He passed in 1978.

Robert Duvall plays Tom Hagen, the adopted son of Vito and the family advisor, “Consigliere”. Duvall went on to a powerful career and can also still be seen on screen, though he is finally slowing down as he nears 90. His Hagen, while a member of the family, will never be a “member” of the family. Damn good work here.

Talia Shire rounds out the main cast as Connie, the daughter of Vito. In this film, she is primarily there to be beaten by her asshole husband Carlo. These beatings play an important role as they directly lead to the death of Sonny. Aside from this simple description, Shire brings incredible emotion to her scenes. Her final scenes, screaming accusations at Michael for killing Carlo are particularly powerful.

Finally, we have Abe Vigoda who plays Tessio, the Capo that betrays Michael at the end of the film. Vigoda was an awesome actor, who FINALLY died in 2016.

There isn’t much more to be said. The Godfather is one of the greatest films ever made. It was a touchstone moment in American cinema that gave us the amazing Coppola family. It gave us Pacino and these other fantastic cast members. It spawned what is widely hailed as the greatest sequel (or film) ever made The Godfather part II. That film also led to our introduction to Robert DeNiro. The impact of this first film cannot be overstated. Would we have had The Sopranos if not for this? No way. Would we have had STAR WARS? yes, even my beloved Star Wars is tied to this.

While at USC, Coppola took a young filmmaker under his wing as an intern- George Lucas. They would collaborate throughout the 70’s, working at Copolla’s American Zoetrope company. This is literally one of the most important movies ever made, for it’s own artistic merits and the impact it had on all to follow. It is playing again on Wednesday June 7th. I encourage you to see it if you can.