Hello my 3 readers! I hope you are doing okay. Back in September, I did my annual look ahead to the fall months, and planned my movie-going adventures. I lamented that 2019 was on track to be the lowest attended cinema year of my adult life. 1995 was the year I turned 16 and got a car. Thus began my love affair with the movie theater. I saw 15 movies that year, and in the 23 years that followed I never dipped below 16. Right now, December 12th, 2019, I stand at 10. TEN Movies and there are only 18 days remaining. Last year I saw 35 films! How the hell am I supposed to do a yearly review when I’ve only seen 10 movies?!

Well, the good news is that I will be seeing one more movie, possibly more in the next 18 days. The first is the obvious: 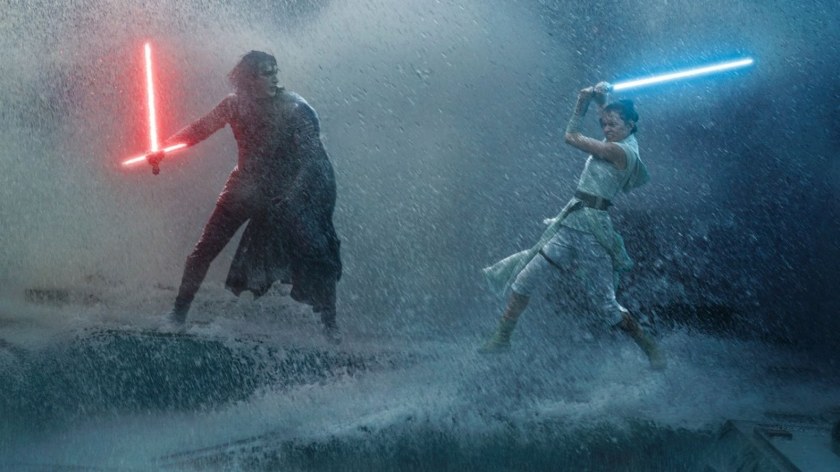 I’ve had my Rise of Skywalker tickets purchased for months now, only death would keep me away from the finale to the Star Wars Saga. I was initially thinking I could see a movie or two this weekend, but I’d forgotten that we are screening the films in the lead up to Thursday Night.

You may notice that these films seem jumbled. There is a logic to it, I assure you. We have always enjoyed a version of the Hatchet order to watch 1-6. You start with A New Hope and go right into Empire. At the end of Empire, you are unsure if Vader was lying about being Luke’s dad. You then jump directly into the Prequels and see the story of Anakin. After Sith, you finish the films with Jedi. Jedi is almost designed to be watched in this fashion as it takes its time to slowly reintroduce all of the characters as they try to free Han. 3 and 6 also have a lot of mirroring going on, so it works nicely.

The big problem in 2019 is that there are more than 6 films. The sequel trilogy do not mess up this order, it is the stand-alones that cause problems. We decided to solve this by not doing a chronological rewatch, but an adapted Hatchet. Since Solo and Rogue One take place before Episode IV, we start with those. Rogue moves seamlessly into ANH and we progress with the hatchet order. After Jedi, we watch 7 and 8. Thursday completes the saga with the release of 9. To make a long story short- I won’t be going to the cinema between now and Thursday.

There is a chance I can sneak in 1917 before New Year’s but that is iffy at this point. Let’s just focus on Episode 9. Whether I see anything else, I’ll be back on 12/31 for my annual/and DECADE wrap up.