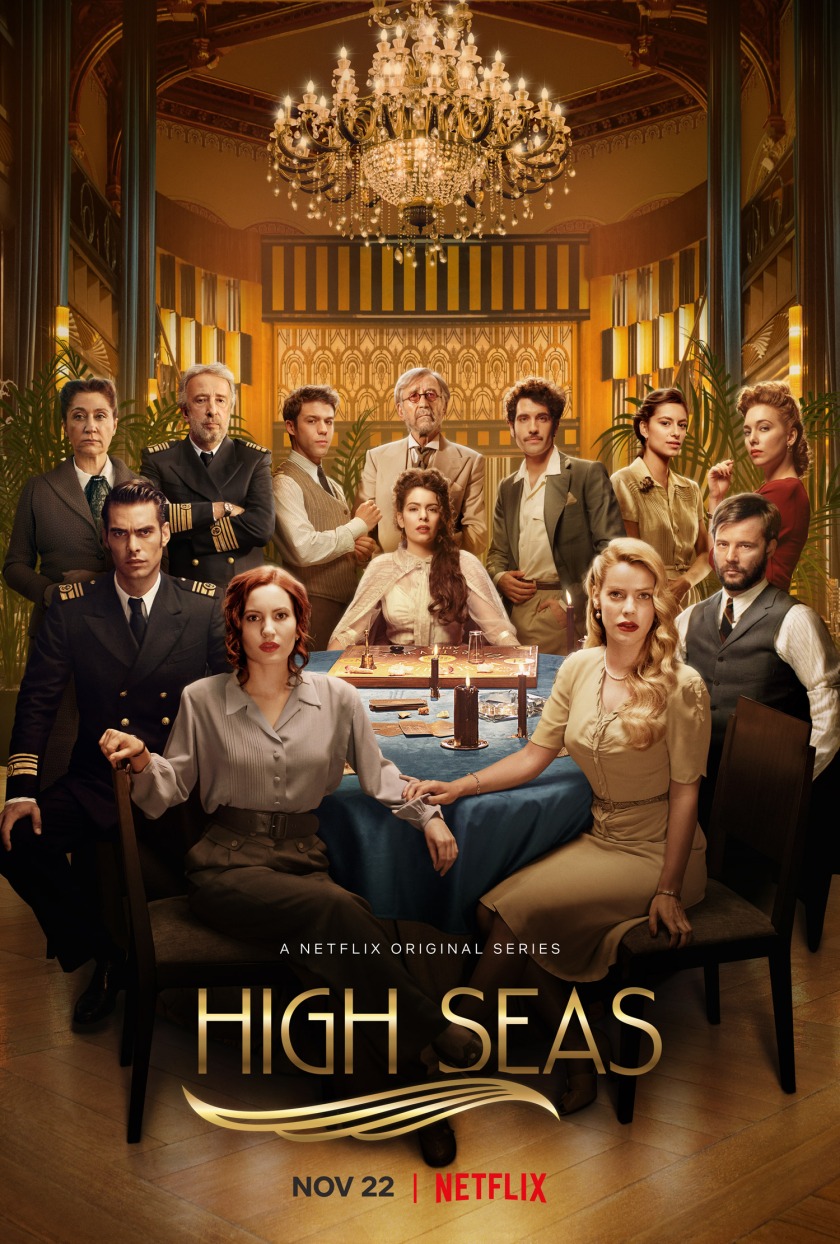 The show is called “Alta Mar” and should be watched in Spanish with subtitles. F this dubbed/english title BS.

Picking up mere moments after the end of season one, this second chapter begins with the rescuing of a lifeboat containing several castaways from a shipwreck. One of them, Cassandra, claims to have psychic powers and senses danger on the ship, and a GHOST! A 2 year old murder case, plots, deception, and phantasmas populate this final part of the first voyage of the ship as it reaches port in Brazil.

This show has a large cast, so I shall attempt to do them some justice.

Ivana Banquero is Eva, the writer. She continues to be our lead character as she tries to uncover the mystery of who killed Rosa Marin two years ago and what the deal is with the haunted ship. Her love affair with Nicolas also develops this season. Alejandra Onieva is Carolina, Eva’s sister and wife to the ship’s owner. She knows that the dead woman, Rosa, had an affair with her husband Fernando. She feels the haunting is centering on her. 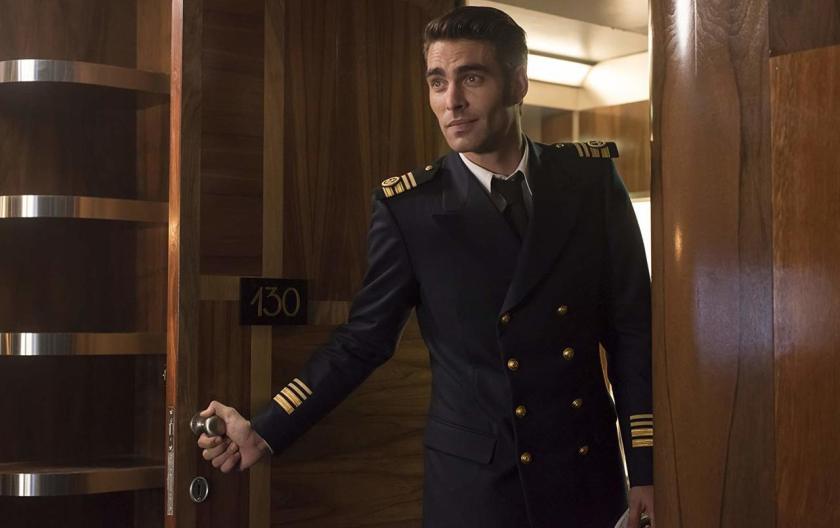 Jon Kortajarena is Nicolas, the first officer on the ship. He had some interesting drama this season as his long dead wife turns out to be alive and waiting for him in Brazil! Eloy Azarin is Fernando. In season one this guy was accused of being a degenerate gambler, and now a philanderer and murderer! 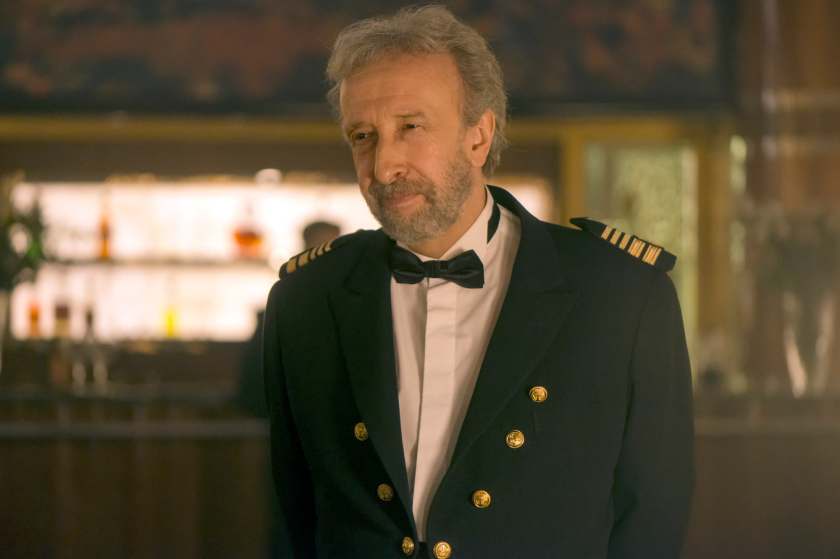 Eduardo Blanco has it pretty easy this year. He just acts like the captain and mourns his dead wife while getting suckered in by a psychic using tarot cards and is then swindled by Uncle Pedro and attacked and beaten by Carlos….shit. This guy had another rough season. 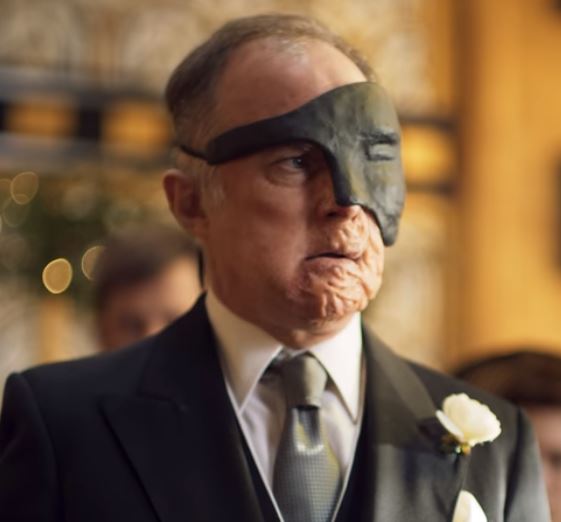 Aside from trying to steal the gold and get shot, Carlos is stuck in a prison cage all season. I’ll miss this Phantom of the Oceanliner mf’er.

Uncle Pedro, played by Jose Sacristan went blind this season and didn’t really play into the main story all that much.

Manuela Velles’ Luis/Sophia is back, but not that involved with the main action until the very end. In a fun twist, she is the one that gets away with the Nazi Gold!

Dr Rojas straight up poisoned Carolina in season one yet is somehow still given free reign of the ship. He of course goes batshit and kills Eva’s father in a shootout.

The story of Anibal’s killing took a strange turn this year as Clara (Laura Prats) commits suicide over her guilt. This leaves Pierre (Daniel Lundh) in a strange position of needing to settle accounts with…

Natalia, Fernando’s sister played by Natalia Rodriguez. She plots with Varela to cover up the murder, but it seems that… 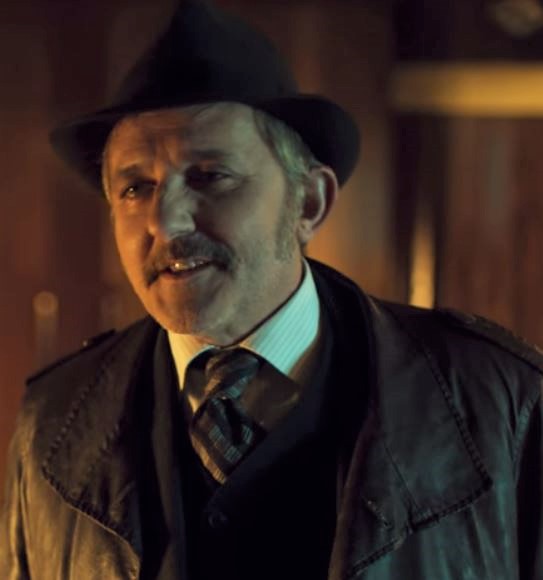 Varela might be a good guy after all. He claims he took her bribe as evidence against her once they arrive in port. Nothing happens when they arrive in port leaving Varela as one of the main unresolved plots of the season. Antonio Duran does a good job as the detective.

The love triangle between Veronica (Begona Vargas), Dimas (Ignacio Montes), and Sebastian (Tamar Novas) is seemingly resolved as she chooses neither of them. Dimas ends up with his patent and Sebastian penniless.

Claudi Traisac joins the cast as Casandra, the “psychic”. She was a great addition this year. Her story seems to end with her arrest and the vengeance of her sister’s death. Speaking of which…

The old rule of thumb in these mysteries is “The Butler did it”. Well, an alternative to a butler would be the maid, and guess what? Francisca did it! She killed Rosa two years ago to protect Carolina. In a stunning turn for the series, the fucking GHOST OF ROSA appears and pushes Francisca off the balcony to the hard deck below. She was unconscious and bleeding by the end of the series, but not dead. Ghosts!

I enjoyed this second season. Many of the plots were wrapped up and only a few are left open for season 3. Nicolas’ wife, Varela turning in Natalia or not, and whether the ship made it to port in time to pick up its delivery of coffee. lol. I’m left with one major question for seasons 3 and 4 (confirmed to be coming): How the hell would any of these characters, aside from crew, get back on this haunted death ship for more seasons?! I guess we’ll find out later this year!